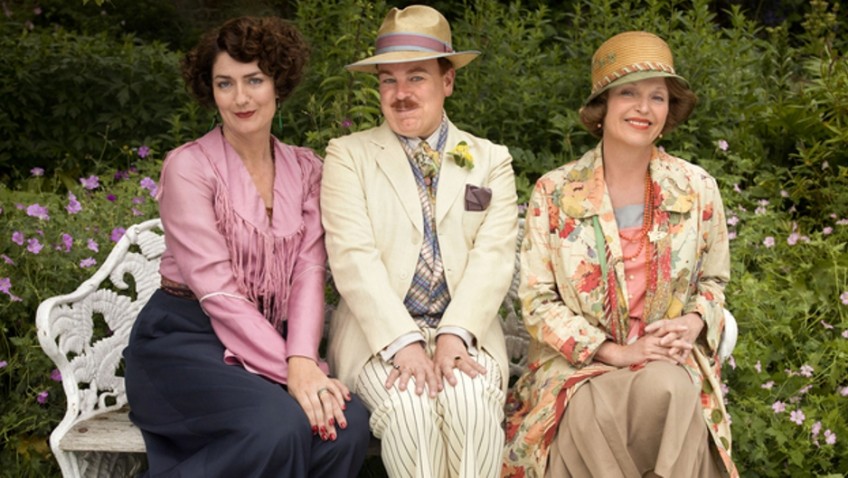 MAPP AND LUCIA (BBC). Let battle commence: E F Benson’s witty series of novels are a perfect example of the 1930s comedy of waspish English manners with their tales of camp one-upmanship in picturesque Tilling (aka Rye on the south coast). The two rival warring ladies, seething with snobbery and intrigue, are absolutely lethal in their civility.  What many people will want to know is: are Miranda Richardson and Anna Chancellor as good as Prunella Scales and Geraldine McEwan were? And the answer is yes, they are. Chancellor is wonderfully aloof. Richardson, swanning around, all teeth and false smile, could be Margaret Thatcher. Memories of Nigel Hawthorne are, however, not erased.

20,000 DAYS ON EARTH (Film 4) is a fictional day in the real life of the 55-year-old charismatic Australian singer Nick Cave who lives in Brighton. He wakes. He writes. He watches TV. The documentary watches the process of song-writing, the solidifying of memories, the cannibalizing of his life and marriage; and the use of his extensive personal archive and artefacts. He chats briefly with Ray Winstone and Kylie Minogue who sit in the back of his car and he has an extended chat with a psychiatrist about his dad and his early sexual experiences. Nick Cave is very much the character he has invented.

THE GUEST (Icon). Dan Stevens (of Downton Abbey fame) re-invents himself, a wise career move, as the strange guest who turns out to be a psychopath. He is actually a military medical experiment, and has been programmed “to clean-up after any mess” he creates. Out of control, he starts killing off the family he had befriended and championed. “I’m very sorry about this,” he says. His farcical apologies are not accepted. A potentially good thriller suddenly goes completely haywire and becomes more and more absurd; and the end-result is a trashy horror movie which is a real shame, since Stevens is rather good.