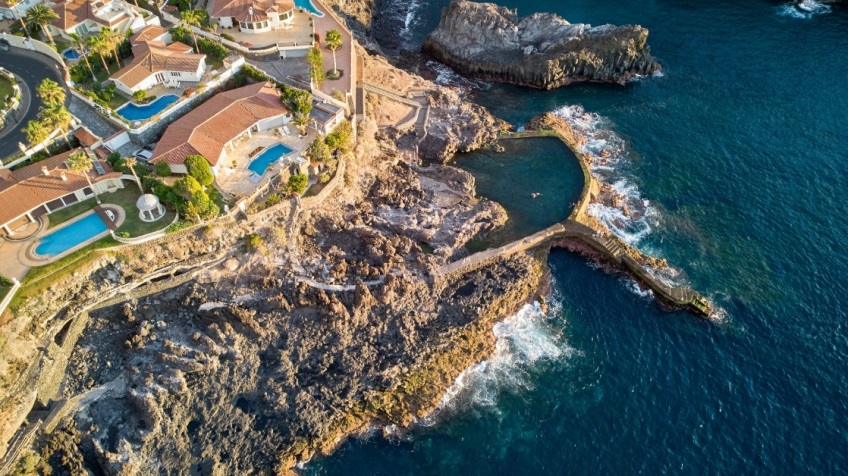 Spain is one of the top summer destinations in Europe. The warm weather and beautiful beaches make it a welcome change to the often-dreary UK weather. Like in many Spanish areas, tourism is one of the strongest sectors on the Canary Islands, which means locations like Tenerife have all the infrastructure and amenities you could hope for for a family friendly holiday. Here are the best tips for a fun vacation with children on Tenerife.

Tenerife has many selling points which make it an attractive destination for holiday houses, emigrants & expats. A big reason for the island’s popularity, and many of the tourism hotspots that have since sprouted from these roots, is its suitability for health tourism.

In the 1950s, a pair of Swedes suffering from multiple sclerosis and rheumatic arthritis arrived in Tenerife, hoping to use the island’s climate to improve their wellbeing, and founded the Asociatión Vintersol. Today, the rehabilitation center’s name is shortened to Vintersol, but it is still a specialised facility for neurological and rheumatic diseases, where the afflicted can benefit from the area’s climate conditions.

Since then, the mild weather, infrequent rainfall, and shelter from the harsh trade winds by the island’s mountain ranges have beckoned countless tourists and retirees. As a result, the island has many resort towns with handicap accessible architecture, making it easy to get around.

They make sure anybody will be entertained and find exactly what is needed. For example, the restaurant menus in popular resort towns like Los Cristianos are translated to at least 14 languages, making them more accessible to a variety of tourists.

These perks come on top of the already alluring island and its beautiful landscapes. With about 110 endemic species of plants, Tenerife was declared as The Galápagos of Botany by none other than Alexander von Humboldt. Additionally, it is home to multiple UNESCO World Heritage Sites, like the city of La Laguna or the Mount Teide National Park.

When to Visit and Where to Stay?

There are many resorts available, but some might find these too touristy. If you are looking for accommodations with more Tenerife flair, services like HOLIDU Rentals & Lettings provide a large list of holiday lettings, from fincas to charming local apartments. You can use their filter functions to find houses that are child-friendly, offer enough space, and allow pets.

You will find a good letting in any part of the island. If your family is the hiking type, a house near the mountains will be more beneficial, while the seaside invites you to spend your days on the beach.

Locations:
● If you want to be catered to and enjoy a family friendly, safe, and hassle-free holiday, staying in or close to a resort town is the choice for you.
● Tenerife has many beaches. Some are more child-friendly than others. Beaches in resort towns are supervised and often artificially altered to create a shallow and mild transition to the deep water. Others are more natural with rugged coastlines, which make them more suitable for older kids with an interest in activities like scuba diving.

Timeframe:
● Some areas of Tenerife can be uncomfortably hot in the summer. From May through September, the heat peaks. Staying at the seaside will make this weather more comfortable. If you are traveling in the summer, think ahead and pack light but protective clothing, sunscreen, and plenty of water(bottles). Even then, its best not to be out in the sun around noon.
● Tenerife has weeks when the tourism booms. Those are usually around international or local holidays and festivals. Holiday lettings will be booked out or raise their prices during this time. You should either avoid these times or book in advance.

How to get Around?
● Tenerife can be reached via one of its two airports: The Los Rodeos Airport (Tenerife North) or the Reina Sofía Airport (Tenerife South). The first is smaller, the second one busier.
● Alternatively, especially if you want to bring your own car, Tenerife has two ports where you can reach the island through ferry transport from mainland Spain. These allow kids a great experience and offer services like highchairs, changing facilities and much more.
● If you don’t take your car, a rental car will give you the biggest flexibility, especially when it comes to the baggage you will have to transport for your family. If you want to stay in or explore the countryside, this is the best option.
● Other than that, Tenerife has an extensive bus (locally: guaguas) network, and a tramway connecting Santa Cruz de Tenerife and La Laguna with 20 stops in 37 minutes.

Keep in mind that there are some cultural differences to be found.
● The biggest one is the siesta. Don’t be surprised when there is a sudden quiet from 2 pm to 5 pm, and don’t expect services to be open during this time. The siesta is the perfect opportunity for a nap, especially when you are traveling with small children.
● Rural areas might not be as tourism friendly. Not that they react negatively, but some areas might not take credit cards or locals will speak the regional Catalan, rather than Spanish or English.
● Places of worship, like churches, have some strict rules. For example, do not enter them without covering your shoulders and knees.

Tenerife is a beautiful island with unique flora and a mild climate that attracts countless tourists and emigrants. With the tourism sector being strong, most of the island has a great infrastructure and amenities for travelers and their children. Resorts offer many activities and safe, child-friendly beaches.
Try to avoid traveling in the summer and during popular dates to save some money and stay out of the heat. Traveling via ferry with your own car gives you great flexibility to explore everything the island has to offer. You will find a great temporary home in one of the many beautiful holiday rentals across Tenerife.