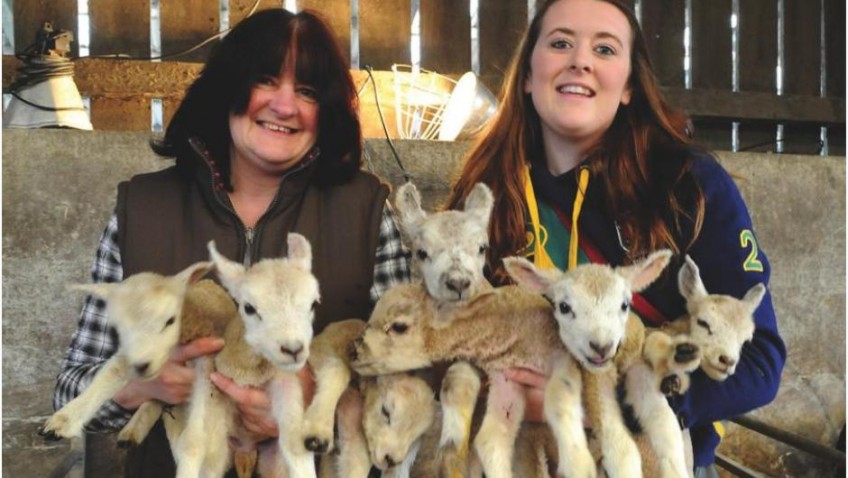 A new British record has been set with SEVEN healthy lambs born to a single sheep, beating odds of more than a million-to-one.

The Texel cross ewe starting lambing at 6am and within just half an hour had already delivered six offspring.

Mel Balsdon, who runs the farm with her parents Amanda and Ian, said they left her in a mothering pen to bond with her offspring.

But they were shocked when they came back later to discover she had given birth to two more.

One of the two was stillborn but that still left the ewe with a mini-flock of seven lambs.

Mel said: “We’ve been looking online and we can’t see any record of more lambs born to a single ewe. It is pretty amazing.

“We’re really impressed with the size of the lambs. We’re used to seeing smaller premature lambs but these are a good size, considering she was carrying eight.

“They all seem to be doing well.”

The ewe is part of a 900-strong mixed flock at Reed Farm, Hatherleigh, Devon.

The Balsdon family also run a suckler herd and up to 100 store cattle on the farm.

All but two of the seven will be found adoptive mothers who are caring for only one lamb and can take on another foster lamb.

Mel said: “We’ve adopted out two so far and they seem to be fine.”