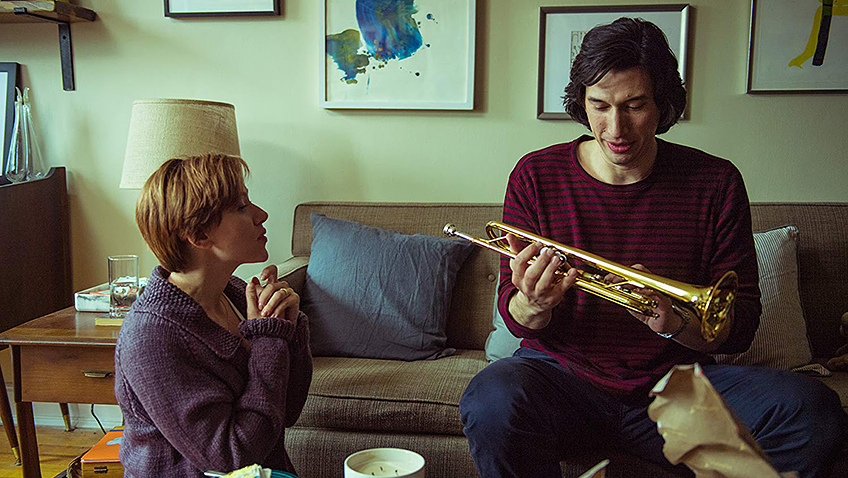 Marriage Story (Netflix). A marriage is on the rocks. He (Adam Driver) is an avant-garde theatre director working in New York. She (Scarlett Johansson) is a film actress working on a TV series in Los Angeles. They start divorce proceedings. The actors are excellent. Writer director Noah Baumbach took his inspiration from his own divorce to Jennifer Jason Leigh as a starting point. The script is serious and funny, raw and sad. The satire at the expense of the lawyers (played by Ray Liotta, Laura Dern and Alan Alda) and the legal profession is hilarious. Dern won an Oscar for Best Supporting Actress.

So Long, My Son (Curzon) follows a Chinese family saga from the 1980s to the present day. The complex time changes do not make for easy viewing. The 3-hour action is constantly jumping backwards and forwards. The film begins with a young boy drowning in a reservoir and an adopted son rebelling and leaving home to join a gang. The story of two families and their friendship and their grief is told against China’s social changes and China’s efforts to control population in order to boost the economy. Redundant factory workers are told by government officials that redundancy is an honour. China’s one child policy had a devastating effect and lasted from 1979 to 2015. The language is Mandarin and the director is Xiaoshuai Wang. The tragic faces of the two lead actors, Jingchun Wang and Mei Yong, speak volumes.

Uncut Gems (Netflix) is an American crime thriller. The stakes are high. The bets are high. A jewellery dealer, up to his usual dodgy tricks, has so many balls in the air at the same time, and trying to appease and con so many people, that his life could be in real danger. He is a fast talker and he never stops talking. Since he is played by Adam Sandler he is a comic character audiences can root for. He keeps bouncing back, trying to make more and more money when, at any given moment, he has no money at all to play with and is in deep trouble.

Ad Astra (20th Century Fox). Aeronaut (Brad Pitt) goes to the furthest reaches of the solar system to save the Earth from the machinations of a mad scientist (Tommy Lee Jones) who happens to be his dad whom he thought died.30 years ago. The journey to Neptune involves stopovers on Moon (commercialised and lawless) and Mars (overrun with bloodthirsty primates). James Gray’s overrated science fiction epic is technically impressive but is let down by the script and its boring internal monologues. If you want to see a really good and serious astronaut film, watch Apollo II. Also watch Hidden Figures.

Farming (Lionsgate). Between 1960s and 1980s tens of thousands of Nigerian children were fostered out of their parents to white working class families in the UK. A black kid joins a white skinhead gang who has bulled, degraded and beaten him up. He hates his skin and tries to whiten himself up with talcum powder. Adewale Akinnuoye-Agbaje writes and directs the screenplay which is based on his teenage life In Tilbury. There’s a good performance by Damson Idris but at 28 he is too old to be playing a teenager. Kate Beckinsale plays the foster mother who is into fostering for the money. The film is brutal and relentlessly violent; and much of it is difficult to watch.