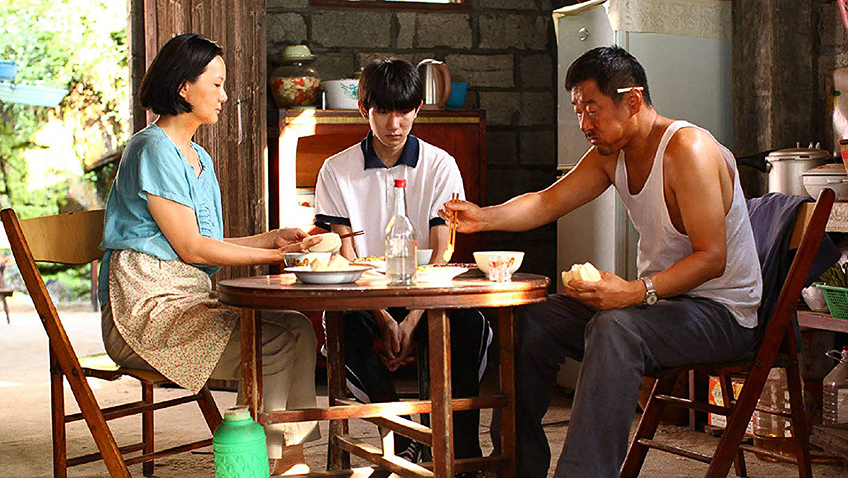 Chinese writer-director Xiaoshuai Wang has always been interested in portraying children and the role of of children in families and society. While many other filmmakers share this focus, Xiaoshuai Wang frequently links heartbreaking circumstances (In Love We Trust) and moral dilemmas (Red Amnesia) involving children with the consequences of decisions dictated by China’s recent history and its cultural norms. Perhaps nowhere is his signature theme more tragically and humanely dramatised than in So Long, My Son

Jingchun Wang and Mei Yong won the Berlin Film Festival’s top award (The Silver Bear) for best actor and actress respectively for their roles as Yaojun and Liyun, a loving couple who work in a factory in the 1970s and live for their son Liu Zing (Yuan Wang) or Xingxing as he is called.

They are best friends with a couple from the factory, Shen Yingming (Cheng Xu) and Haiyan (Liya Ai) whose more outgoing, popular son, Shen Hao or Haohao (Jiang Du) was born on the same day as Xingxing. As we see in flashbacks, the two boys are inseparable. At a joint birthday party someone comments that if one were a girl and the other a boy they would grow up and get married, but another parent interjects, instead they are brothers.

And then one hot day after school when they are about 12, Haohao wants to join their school mates in the water at a reservoir, but Xingxing, who cannot swim, refuses to go down to the water. ‘I’ll protect you’, Haohao promises, after pointing out how shallow the water is where the boys are playing. When Xingxing won’t budge, he tells him he is leaving him alone and we watch through Xingxing’s eyes as Haohao leaves him to join the others slinging mud at the shoreline.

That is last time we see Xingxing alive. Suddenly, we hear the screams and from a distance see adults running along the water’s edge to a lifeless body.

This tragedy sets in motion a saga that is not told in chronological order and, for that reason, you might find it confusing at times to get your bearings. This is particularly the case when, after Xingxing’s death, the grieving couple move to a Fujian backwater as a kind of self-imposed exile. We learn that they cannot speak the dialect and we hear the locals discuss why anyone would move from the city to the country, when most people are doing the opposite. 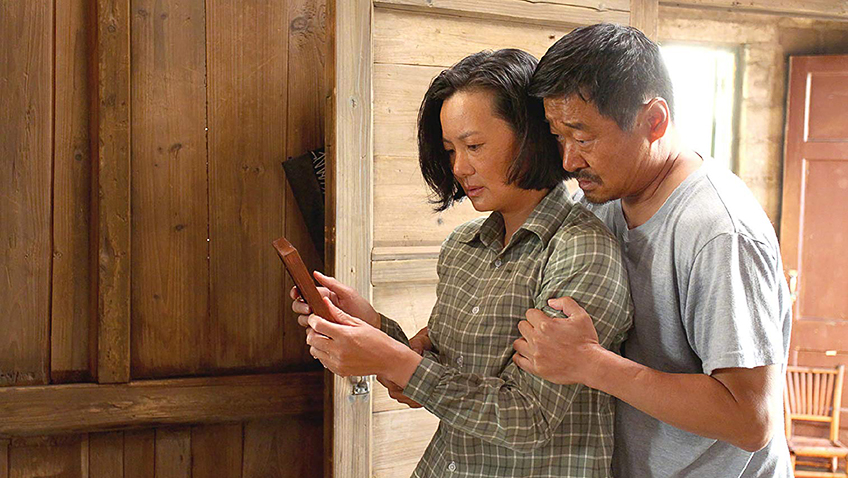 Mei Yong and Jingchun Wang in So Long, My Son

But in this small town where they eke out a living as entrepreneurs, they adopt a boy and name him Xingxing. We are presented with the fait accompli and the fact that this boy brings them little joy. In a scenario that resembles the premise of Hitchcock’s Vertigo the grief-stricken parents want this orphan to replace their son and somehow find a boy that looks exactly like Xingxing (he is played by the same actor).

The boy intuitively knows that he is a replacement and cannot form an emotional attachment to his kind-hearted, well-meaning parents.

In jumping around in time, Xiaoshuai focuses on key moments or episodes in Yaojun and Liyun’s lives and links them on a thematic or emotional level. It might otherwise seem out of the blue that Haohao’s attractive Aunt Moli (Xi Qi), who has always had a crush on Yaojun, has an affair with him, as if to assuage her family’s guilt. 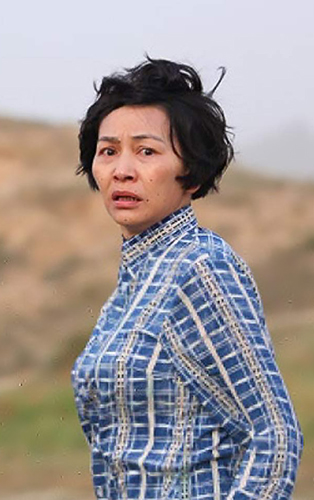 Liya Ai in So Long, My Son

And there is a long sequence when Haiyan, who is now Liyun’s boss in the factory, discovers that Liyun is pregnant with her second child and arranges for an abortion to protect her friend from the Government’s one child policy. The audience might wonder if Haiyan is not acting first and foremost to protect their jobs. There is a heavy penalty for breaking the law, and eventually Liyun concedes.

Many years later, Liyun and Yaojun, now perhaps in their sixties, return to their hometown for the first time since their first son’s death to see their estranged friends who have become wealthy from property development. Yingming arranges for the couple to stay in their original apartment. To us it looks cramped and decrepit, but it fills Liyun in particular with nostalgia. Significantly, when they are driven through the city, the couple reflect on how much it has changed, whereas their old home has not.

Although Yaojun and Liyun have not seen Haohao since their son’s death, they have returned (and we see them clutching hands as they take a plane for the first time) to find he is getting married, an experience they will never have for themselves as parents. Haohao is now a doctor, and you wonder with the pangs that Xingxing’s parents must be feeling, if Xingxing would have gone to university and made something of his life. But the warm, modest couple are truly happy for Haohao, who they still look upon as Xingxing’s brother.

At this point we still do not realise that for years he, like his parents, has been harbouring guilt over Xingxing’s death and Liyun’s aborted second child. Haohao leaves his family celebrations to make a confession to Yaojun and Liyun, admitting that he had goaded Xingxing into swimming and we understood his parents knew. While it might bring the couple closure, the confession is not really the climactic moment in the film you expect as it seems to come too late to make any difference.

The cumulative effect of this slow-burning saga reaches its emotional crescendo just after this scene, during a simple picnic in an unkempt cemetery. Up until this moment we are too caught up, or busy trying to catch up, with events to feel that punch to the gut of what we have been experiencing. But when it comes, in a simple, calm scene of acceptance of life and approaching death, you know it. As Boy Dylan once sang, ‘now is the time for your tears.’