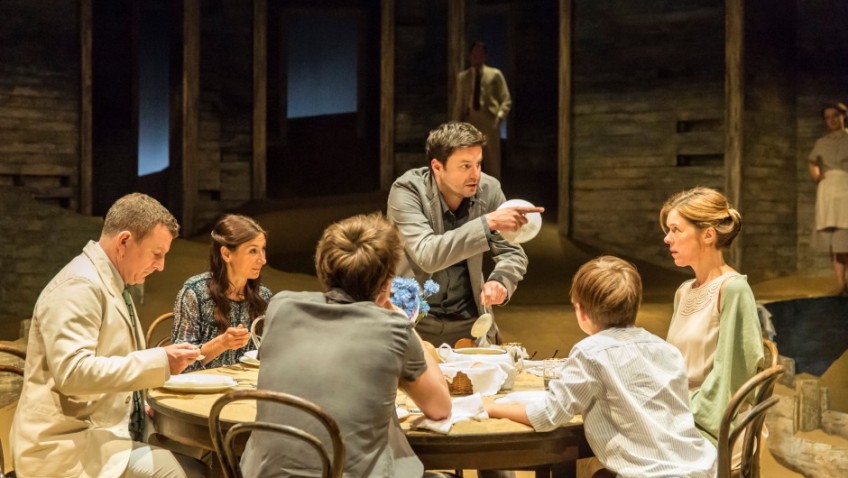 Written in 1933, during the Great Depression, Eugene O’Neill said his purpose was to write a play true to the spirit of the American large small town at the turn of the 20th century when life was happier.

Ah, Wilderness!, his only comedy, is an affectionate portrait of adolescent immaturity. It has, he said, “the sweet charm of a dream of lost youth, a wistfulness of regret, a poignantly melancholy memory of dead things and people.” O’Neill is nostalgic for the idyllic childhood he never had and it would be interesting to see Ah, Wilderness! acted in tandem with his harrowing Long Day’s Journey Into Night, which has exactly the same setting and is the story of the childhood he did have.

The 17-year-old hero (George Mackay in the role created by Elisha Cook Jr on Broadway) is the same age O’Neill was in 1906.

The boy rebels against his parents and society and is liable to quote Swinburne, Ibsen, Shaw, Wilde and Omar Khayyam. His mother is deeply shocked and his girlfriend ditches him.

The most touching characters are the hard-drinking uncle (Dominic Rowan in fine boozed fettle) and the genteel spinster aunt (Susannah Wise). They have been in an on-going 16-year non-relationship. They love each other; but she cannot bring herself to marry an alcoholic. In Natalie Abrahami’s misguided expressionistic production an aged O’Neill stalks the stage, makes notes and takes on the odd role.

The play is acted without interval on an amazing, sprawling, all-sand landscape when what this sentimental and tender comedy actually needs is a straightforward proper realistic domestic setting and for everybody to be dressed in the correct period.