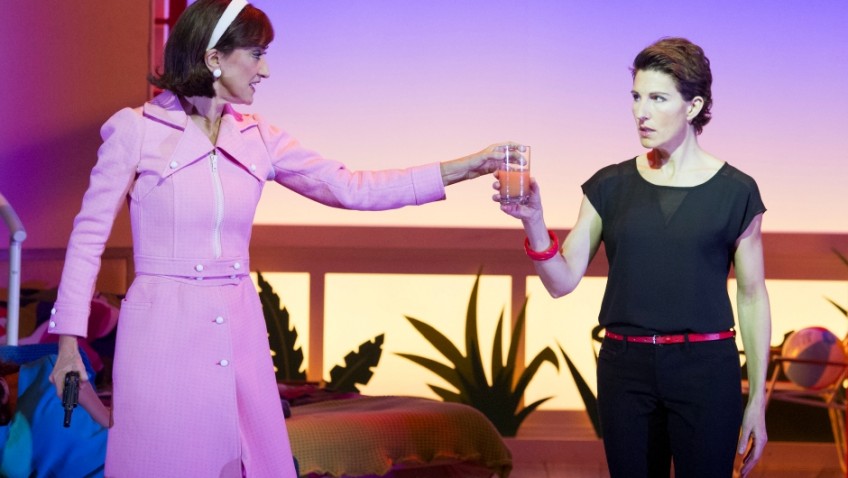 Robert Tanitch reviews Women on the Verge of a Nervous Breakdown at Playhouse Theatre, London WC2

The Jeffrey Lane and David Yazbek musical stage adaptation of Pedro Almodovar’s film did not work in New York in 2010. It will be interesting to see if it will work in London? 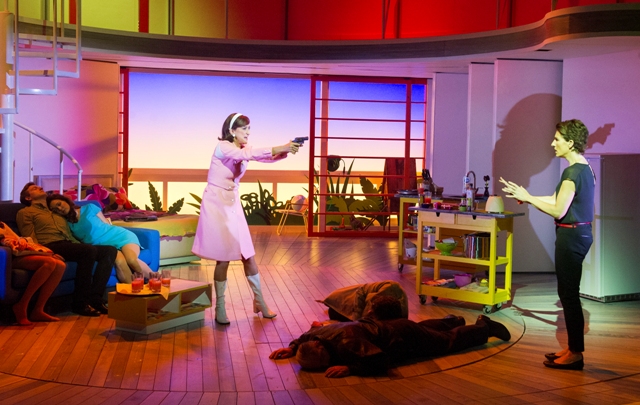 Almodovar, one of Spain’s internationally most successful film directors, is in the same mould as Luis Bunuel and he can be just as subversive and surreal, though not as political.

His characters are outrageous, extravagant cartoon figures and their behaviour is obsessive, frantic, insane and suicidal. The 1988 film, a gaudy knockabout feminist farce, full of exaggerated and over-heated kitsch, is one of his best

The Playhouse Theatre was full of over-enthusiastic Spaniards on the press night and Almodovar took a curtain call with the cast, giving the production his blessing

David Yazbeck has said that the musical version seen in New York was a very expensive out-of-town try-out. 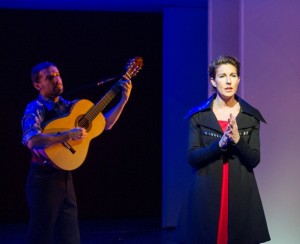 But the re-worked London version, directed by Bartlett Sher, still hasn’t got it right. The songs generally get in the way of the farce and the show gets lost in the second act and doesn’t know how to finish.

Tamsin Greig plays a woman who wakes up one morning to learn that her lover has left her and that her best friend is in love with a terrorist.

Haydn Gwynne plays the lover’s wife and she is about to take him to court for having deserted her 20 years ago.  Her lawyer is her husband’s latest mistress.

Greig and Gwynne, two witty ladies who really do know how to play High Comedy, certainly have their funny moments and Gwynne has the best song, “Invisible”; but their scenes are often hit-and-miss. The most consistently successful performance is by Ricardo Afonso as the taxi-driver.