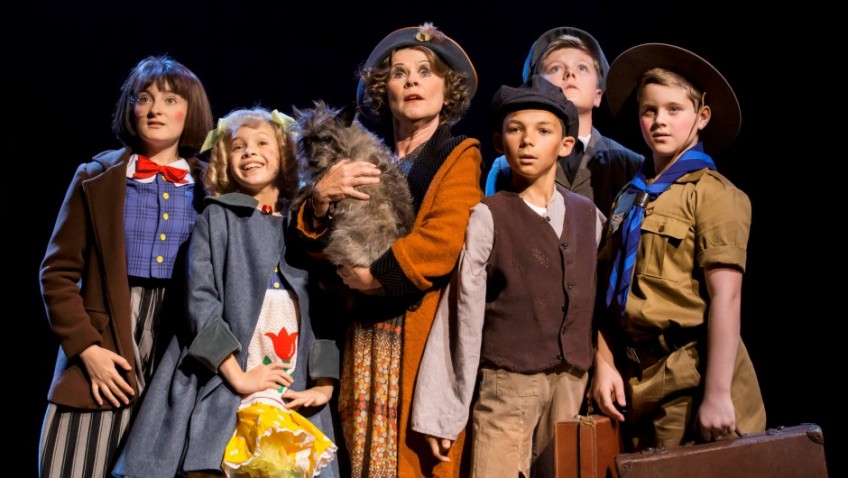 Everything’s coming up roses for Imelda Staunton in Gypsy

GYPSY, the legendary Broadway musical, is based on the memoirs of Gypsy Rose Lee, the celebrated American striptease artist, a classy, witty and very elegant stripper, who didn’t do anything so vulgar as actually strip. Arthur Laurents’s book, a satire on tatty vaudeville and sleazy burlesque, follows the career of her sister, Baby June (later June Havoc, Broadway and Hollywood star), in whose shadow she, as a child artiste, before she became Gypsy Rose Lee, had to walk for so long.

The major role, however, is her mother, one of those aggressive, ruthless, over-ambitious, scheming, obsessive, domineering, headstrong, self-destructive, larger-than-life mothers.

The role – one of music theatre’s greatest roles – was specially written for Ethel Merman and created by her in New York in 1959. Merman didn’t want an unknown composer writing the score.

Stephen Sondheim, who had just had written the lyrics for West Side Story, didn’t want to write just the lyrics. But, fortunately, Oscar Hammerstein, his mentor, advised him to accept the job.

Many people feel that Jule Styne’s score was the best he ever wrote. I remember hearing recordings of Merman belting out Sondheim’s abrasive lyrics, “Some People”, “Everything Thing’s Coming Up Roses” and “Rose’s Turn” and longing to see the show. I had to wait a long time.

Angela Lansbury starred in the London premiere in 1973. I count Lansbury’s delivery of “Rose’s Turn” as one of the finest bit of acting I have seen in a musical.

Now it is Imelda Staunton’s turn to play the ultimate awful showbiz momma, unable to quit and driving herself mad. It’s a great role and she is great in it. Staunton has the audience on its feet at the end of “Rose’s Turn”. It is a performance to rank with her Mrs Lovett and Vera Drake.

Jonathan Kent directs. There is good support from Lara Pulver as Gypsy Rose Lee and an engaging casual solo danced by Dan Burton to choreography by Stephen Mear.