Home / LIFESTYLE / REVIEWS > / THEATRE REVIEWS / What does the Vietnam War mean to you? 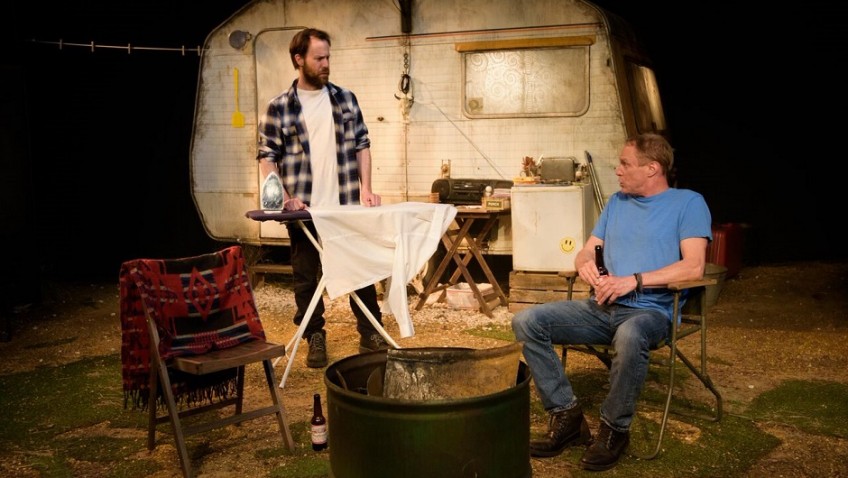 What does the Vietnam War mean to you?

Steven Dietz is a prolific American playwright and his plays are widely performed in the US. Last of the Boys, written in 2014, is about the legacy the Vietnam War continues to have on those who survived and those who lost loved-ones.

30 years after the event, two Vietnam veterans are still haunted by the war. One (Demetri Goritsas) is a handyman; the other (Todd Boyce) is a college professor.

Dietz, mixing reality and fantasy, puts them in an abandoned Californian trailer park, where they are joined by the professor’s latest girlfriend. Her arm and shoulder are covered in tattoos of the names of the war dead, a living war memorial. Her hard-drinking mother drops by and so does a soldier ghost, representing the 40,000 who died.

John Haidar, directing the European premiere, has two good actors in the lead roles; but a play about the Vietnam War does not have the resonance for British audiences that it instantly has for American audiences and this one is not really good enough for export.

A more interesting subject for a play about the Vietnam War would be Robert McNamara, the most influential Secretary of Defense in the USA in the 20th century. He has a lot to answer for. He not only led the US into the war, but he let it run for two years, knowing there was no chance of victory and that the war was futile.

More than 18,000 died under his watch. Haunted by guilt, he published a book in 1995, In Retrospect, in which he apologised – but it was too little and too late.

Actors have appeared as McNamara in a number of television plays but never, as far as I know, has McNamara been the leading role. I wonder why not. He has all the qualifications, the strengths and the flaws of character, to be cast as a modern tragic hero in a play which would also be a tragedy about War in general and the Vietnam War in particular.