Home / LIFESTYLE / REVIEWS > / THEATRE REVIEWS / Come look at the freaks in Side Show! 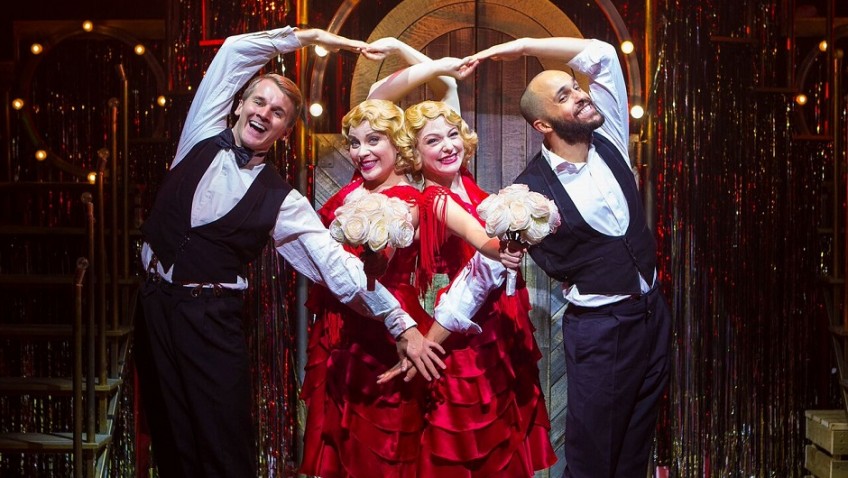 Come look at the freaks in Side Show!

Southwark Playhouse has come up with some excellent musicals in the past few years: Floyd Collins, Mack & Mabel, Titanic, Grand Hotel. SIDE SHOW is an American musical by Bill Russell and Henry Krieger which is inspired by the story of Daisy and Violet Hilton, conjoined twins, who were famous vaudeville stars in America in the late 1920s and early 1930s.

The twins, conjoined at the hips, were brought up by a cruel aunt who sold them to a fairground operator who staged freak shows. The girls were rescued by a talent scout and a choreographer who turned them into a classy act.

The choreographer (Dominic Hudson) proposes marriage to Violet (Laura Pitt-Pulford). The mind boggles. What will Daisy do on the wedding night? Will he feel obliged to make sure she doesn’t feel left out?

It turns out it’s a sham marriage for publicity purposes only; but Violet thinks it’s for real.

The talent scout (Haydn Oakley), suddenly no longer a likeable chap, proposes marriage to Daisy (Louise Dearman) but says he won’t marry her unless she and Violet have an operation and separate. Daisy is outraged.

Film director Todd Browning offers the twins a movie. If you are a movie buff you will know it is Browning’s notorious 1932 movie, Freaks, and definitely not a good career move.

Side Show has had two productions in New York: its premiere in 1997 and a revival in 2014. On both occasions the show got good reviews but the public stayed away.

I am not surprised. Do audiences in this day and age really want to come and look at freaks?

I liked the show more in the second half. The songs won me over – “Who Will Love Me As I Am?”, “You Should Be Loved” and “I Will Never Leave You” – and so did the singing of Louise Dearman and Laura Pitt-Pulford.