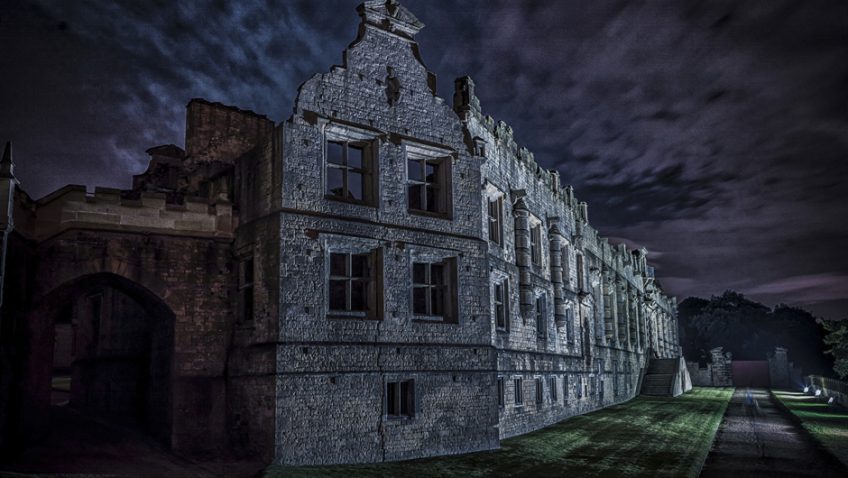 Bolsover Castle in Derbyshire has topped the list of English Heritage’s ten spookiest sites, as voted by members of staff across the charity’s 400 plus castles and abbeys, historic houses and palaces.

From opening up these sites in the early, sometimes eerie hours of the morning to closing them in the dead of night, English Heritage site staff are uniquely attuned to the sometimes strange and spooky atmosphere of their properties, from creaking doors to unexplained noises to even finding objects inexplicably moved. Immersed too in the history of their sites, the team are keenly aware of both the legends of ghosts and stories of hauntings associated with certain properties.

Ahead of Halloween and its programme of After Dark events, English Heritage asked its 1,800 staff to rate their individual sites on a special spooky scale. Bolsover Castle in Derbyshire – built on an ancient burial ground and overlooking a town once described as “the Satanic capital of Britain” – topped the poll. The extraordinary 17th century aristocratic retreat has long had a haunting reputation for the unexplained. Staff reported mysterious footsteps and muffled voices, slamming doors, cold sensations, and even being pushed. Night security guards have been alarmed by unexplained lights while a little boy has been seen holding the hands of visitors as they walk about the site, his living companions unaware that he is at their side. When locking up late one night, one member of staff heard a scream which got louder and louder as she walked away from the castle, only for her to rush back and find no one there. Lucy Hutchings, Regional Director at English Heritage, said: “Our sites are soaked in history and from bloody battles to dark deeds, not all of their stories are sweetness and light. Our castles and palaces, especially on these Halloween nights, can be eerie places and some of our team have seen and heard things they can’t easily explain. With Halloween fast approaching, who better then to decide which site is the spookiest of them all than those people who are there from dawn to dusk, who know the sites’ history and its ghostly legends inside out?

“Bolsover Castle, the magnificent former home of William Cavendish, definitely has a dark side. Over the years staff have reported time and again unexplained occurrences of objects moving, orbs of light, pinches and some have been told by visitors that they have seen William himself, wandering the lonely corridors. It’s no wonder that it has been voted English Heritage’s spookiest site.”

Coming in a close second in the English Heritage spooky site survey was Warwickshire’s Kenilworth Castle, a remarkable red-brick medieval fortress converted into an Elizabethan palace in 1563 after it was granted to Robert Dudley, Earl of Leicester and favourite of Elizabeth I. Staff have reported seeing several ghostly figures at this 900-year-old castle including a young boy running across the top of the stables where the hayloft would have been and a mysterious disappearing woman. The distinct smell of pipe smoke has often been smelt in doorways around the castle, running steps have been heard coming down the wooden staircase, and the antique cot in the Elizabethan bedroom has been seen rocking by itself.

From an Elizabethan artillery fortress to a king’s prison and a royal summer residence, placing third in the spooky survey was the Isle of Wight’s Carisbrooke Castle. The deep well at Carisbrooke is perhaps one of the Isle of Wight’s most tragic locations – the watery grave of Elizabeth Ruffin, a young girl who tragically drowned there many years ago. It has been said by staff that on occasion they thought her pale disembodied face could be seen peering up towards the light. Other mysterious figures reputed to have been seen wandering along the castle walls are the ‘Grey Lady’, a phantom wearing a long cloak and accompanied by four dogs, and Princess Elizabeth, daughter of King Charles I, who died whilst imprisoned at Carisbrooke.

Feeling brave this Halloween? Come along to one of our spooky castles or eerie houses for the fright of your life. Explore our historic sites after hours to discover spine-tingling tales of ghostly apparitions, dastardly deeds and ghoulish goings-on.