Home / LIFESTYLE / REVIEWS > / THEATRE REVIEWS / A woman in furs is nothing more than a large cat, a charged electric battery 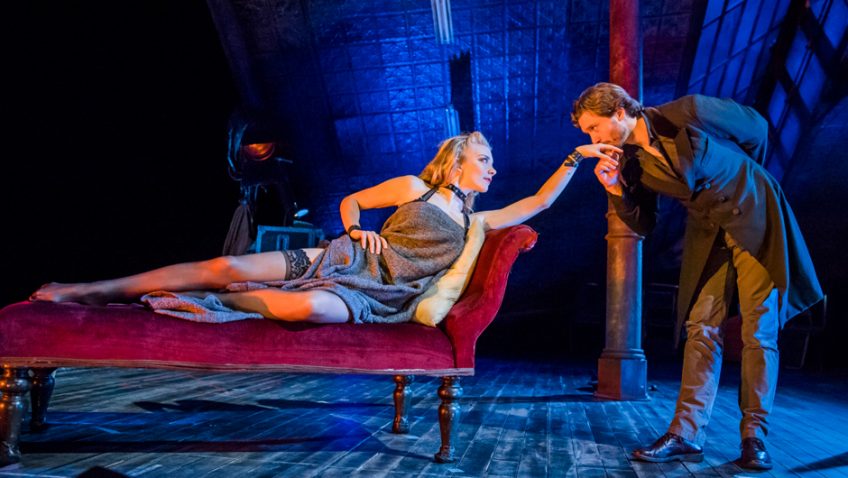 A woman in furs is nothing more than a large cat, a charged electric battery

The first thing you see when you enter the auditorium is a drop-curtain which features Titian’s Venus with a Mirror. The reproduction of the painting fills the entire proscenium arch. 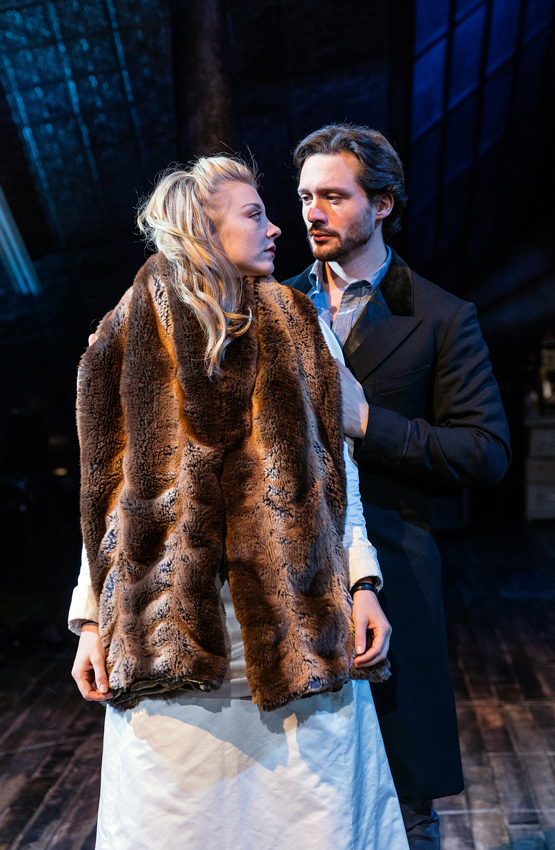 Natalie Dormer and David Oakes in Venus in Fur

Venus in Furs is a cult novella written by Leopold von Sacher-Masoch in 1870 and has been filmed many times. “A woman in furs is nothing more than a large cat, a charged electric battery.”

When he was a little boy his aunt had regularly birched his naked bottom whilst two servants held him down on a fur coat.

The term masochism was coined by psychiatrist Richard von Krafft-Ebing in 1890.

David Ives’s play, a two-hander, directed by Patrick Marber, opens with a clap of thunder and claps of thunder regularly punctuate the action as if we are watching a Horror movie.

You may have seen Dormer in Game of Thrones or on stage in Patrick Marber’s After Miss Julie. Her performance here, physically and verbally, is amazingly varied, comic and sexy. She instantly raises the emotional and sexual power stakes. You are never in any doubt that she has the whip-hand but the play doesn’t go anywhere.