Home / LIFESTYLE / REVIEWS > / THEATRE REVIEWS / This production may not be the most compelling, but it goes down well enough 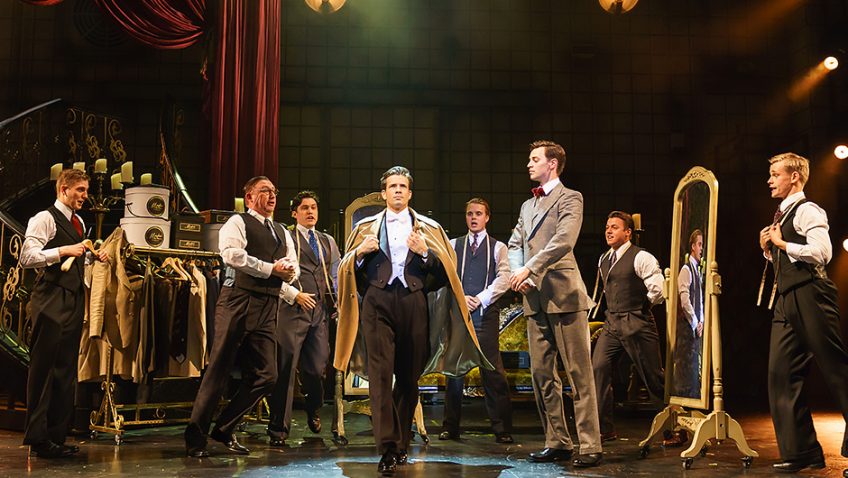 This production may not be the most compelling, but it goes down well enough

Andrew Lloyd Webber’s musical version of Sunset Boulevard opened in 1993, based on the magnificent 1950 Billy Wilder film. Signature Lloyd Webber sounds fill the air, dotted with straying echoes of Phantom, Cats and Evita, so the music’s all very pleasant, though somewhat generic and repetitive at times, while the songs are not amongst the most outstanding and moving in the Lloyd Webber repertoire.

The orchestra in this Curve production, though, is powerfully good, most especially in the more expansive overtures. Initially, as old black and white Paramount footage flickers onstage, the music swells to full, authentic cinematic grandeur as Adrian Kirk directs his fifteen players, leaving us wishing, perhaps, that there could also be time for a full blown Lawrence of Arabia or Magnificent Seven. 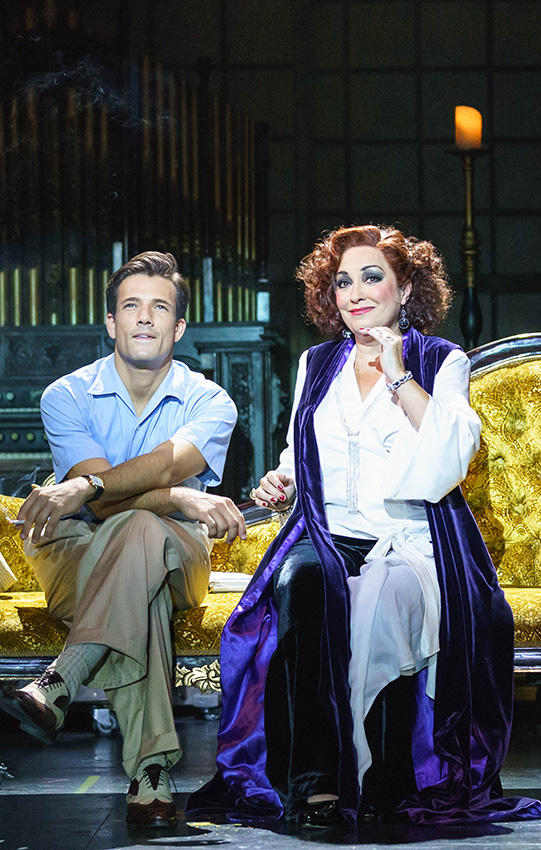 Attempting to rival the orchestral grandeur is a visual richness of set and props (at times more than necessary, perhaps, and overly busy.) Using the full height and depth of the stage, scenes take us from bustling film studios with Mickey Mouse-eared camera, costume-clad actors, big spotlights and imposing gates, to a crowded bar that descends from on high, then off to the still greyness of Norma Desmond’s mansion. Here the ageing Miss Desmond, erstwhile adored goddess of the silent screen, is now a wealthy recluse, trapped, like Dicken’s Miss Haversham, in her past. Dull, flickering candles, a Gothic organ, an old chaise longue and the winding, wrought iron stairway say it all as her faded beauty sweeps down, clad in the flowing robes and elegant turban of former glamorous glory.

Central to drawing in and holding the audience is the tragedy and pathos of Norma’s ridiculous, deluded, sometimes comical, belief that she can revive and relive the past. Her portrayal needs to be repulsive yet touching, harsh yet vulnerable, comic yet tragic – much harder to achieve in a musical. Ria Jones, previously Glenn Close’s understudy in the part, is generally a great hit with the audience. If she were more haughty, self-important, commanding and scary, though, it would provide more effective contrast to her fragile, old lady vibrato side. At the end, when the actress, well past-her-sell-by-date (at fifty! Don’t tell Dame Judy, Helen Mirren etc etc and etc) has really flipped, the close-up on her clownish face provides intended poignant pathos for some, but giggles come from others who, not sufficiently drawn in, see a drunken Dame Edna!

Danny Mac’s clear, crisp-toned singing is a treat as he plays struggling, young film scriptwriter, Joe Gillis, who ends up at Norma’s mansion in a cut-away car, madly whirled and propelled by several madly whirling bodies as debt-collectors give chase. In spite of himself, Joe is drawn into an unhealthy, stifling ‘kept man’ relationship with the fifty-year-old, and she’s not about to let him go. Playing madame’s devoted butler, Max, is Adam Pearce, whose large, lugubrious form and round, polished head would enhance any Dracula scene. His resounding bass notes rise delicately through an impressive range and emotion flows as he expresses utmost devotion to the twisted, faded lady he serves, once the greatest star of all – and once his wife.

Film clips flicker, scenes change, scenery moves and staircases split, move and re-form, and all the while the rest of the cast and the busy, colourful ensemble sing and dance with style and enthusiasm, change costume and get on with some shoving and lifting.

This production may not be the most compelling, but it goes down well enough. After all, one scene does involve a stage filled with tailors!

The show finishes its tour at Sheffield on April 28th