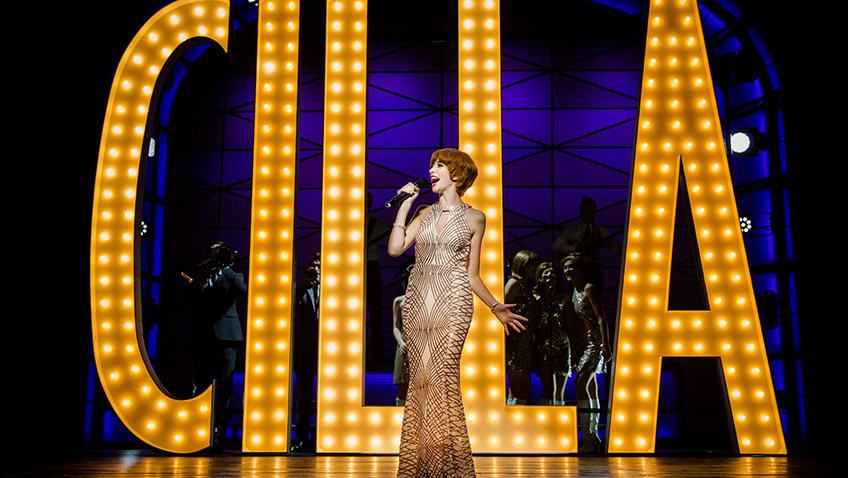 As the audience rides an exhilarating wave of joyful nostalgia and 1960’s music pounds out live onstage, young Priscilla White travels from her humble, working class roots to the heights of celebrity. Grand sets transport us from red phone boxes, unglamorous front-rooms, a cramped Cavern Club with graffiti-ed bricks and from a world in which typist Cilla’s most joyous aspiration is to get an indoor loo for her mam and dad, to the glorious glitz and glamour of showbiz razzmatazz. From jigging boots, mini-skirts and motley arrays of plaids and checks, we head for the dazzling elegance of sparkling gowns and gigantic, glittering stage lights.

The stories of Cilla Black’s rise to long-lived stardom and of her wonderful, sometimes rocky, romance with her beloved Bobby massively captured and enraptured hearts in Jeff Pope’s 2014 TV miniseries (before Cilla’s sudden, sad death in 2015.) For the stage, Pope condenses that same storyline, which, along with the exceptional music of the day, carries the show along in spite of touches of strained, stilted or caricatured acting along the way and a jukebox style one-song-after-another stint in the longer second act. Of course, characterisations and scenarios in a musical can’t carry the full depth of a drama production but the ups and downs of family life, of love life and of the music scene in the Golden Mersey Sound Years still elicit both laughter and sighs, the audience keen to laugh even at cornier comic comments and also take onboard sad events like Brian Epstein‘s tragic death. 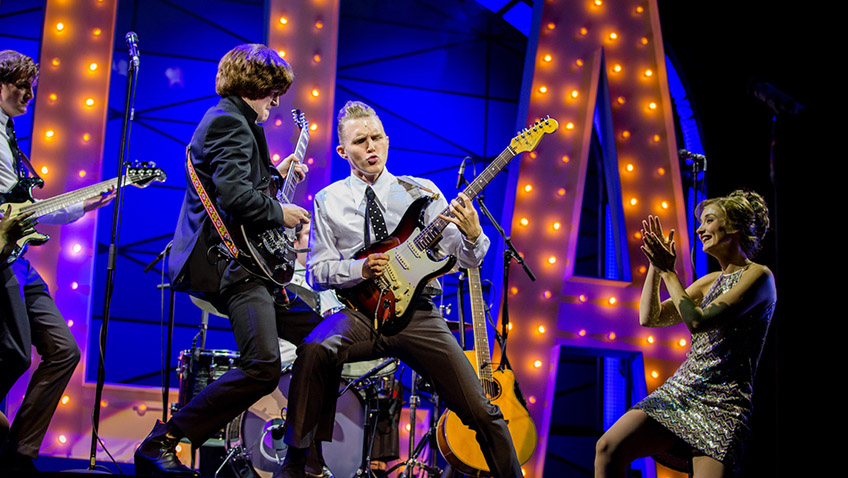 Alexander Patmore engages well as shy, kind, loving Bobby Willis, while Kara Lily Hayworth, as Cilla, has a powerful, pleasing singing voice all of her own. You’re My World and Anyone Who Had a Heart are spine-shudderingly good, with no small thanks to an exceptionally fine arrangement and the fab talents of onstage string, brass, wind and keyboard players and backing vocalists, the accompaniment excelling again in You’ve Lost That Lovin’ Feelin’ when Bobby duets with Cilla. Guitars and drums rock on throughout, of course, beating out foot-tapping, singalong hits (sometimes abridged) by The Beatles, The Big Three, Gerry and the Pacemakers while The Mamas and Papas do some California Dreamin’ on the Ed Sullivan Show.

Bringing onstage life to this exciting, early slice of Miss White’s eventual 50 years in show business is a fitting tribute to Cilla Black OBE and her husband and manager Bobby, while The Mersey Sound never fails to uplift. A sparkling entertainment.