Home / LIFESTYLE / REVIEWS > / THEATRE REVIEWS / Would you betray your country or your friends? 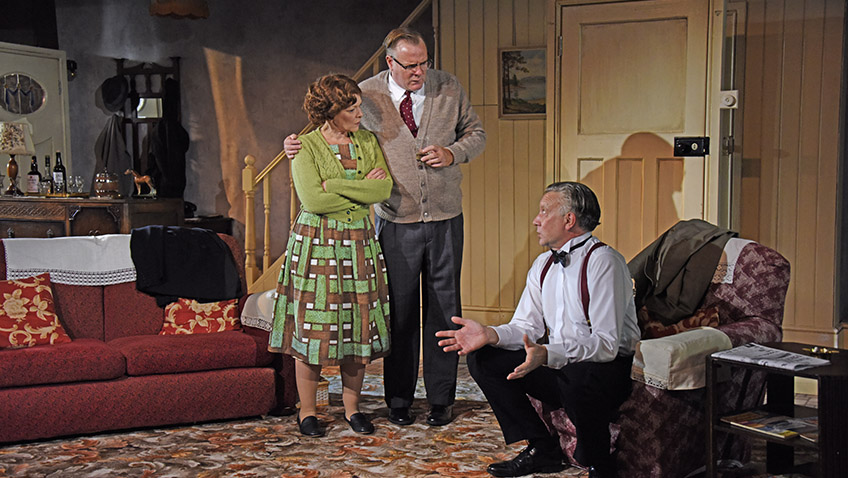 Would you betray your country or your friends?

The revival of Pack of Lies, one of his big successes, is a nice tribute to him. Originally written for television in 1973 he adapted it for the stage in 1983. The production starred Judi Dench and her husband, Michael Williams. It still felt like a television play. 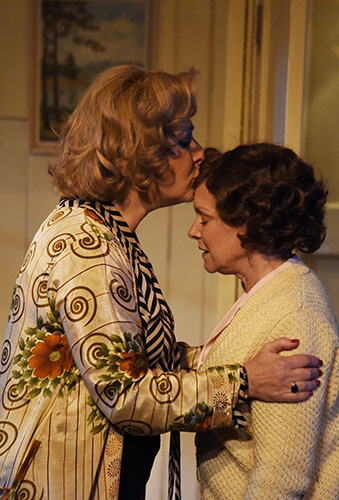 Tracy Ann Oberman and Finty Williams in Pack of Lies

35 years later it gets its first revival and it seems better than it did; and with the recent spy events in Salisbury it even feels timely.

Hannah Chissick’s production is given an added interest because Flinty Williams, Judi Dench’s daughter, is now playing the leading character and playing her extremely well.

The play, which is said to be “more or less true”, is based on the 1961 Portland Spy Ring case and concerns the intolerable strain put on Mr and Mrs Jackson, a dull suburban middle-aged couple, and their teenage daughter.

Their house was used as a base to spy on Peter and Helen Kroger, their best friends, who lived across the road. Mrs Jackson, in particular, was unable to cope with the lies she had to tell and the deceit she had to practise.

The man from Scotland Yard (Jasper Britton) tried to say something comforting to the effect that just because Mrs Kroger was a spy that did not make her friendship for Mrs Jackson any the less sincere. Mrs Jackson was not convinced and she never did recover from the shock.

Whitemore portrays the man as an Establishment figure taking advantage of the working classes. The Jackson family need never have been involved. M15 already had all the information they required.

Flinty Williams and Chris Larkin as the Jacksons give affecting performances; their particular achievement is to manage to make suburban dullness interesting.