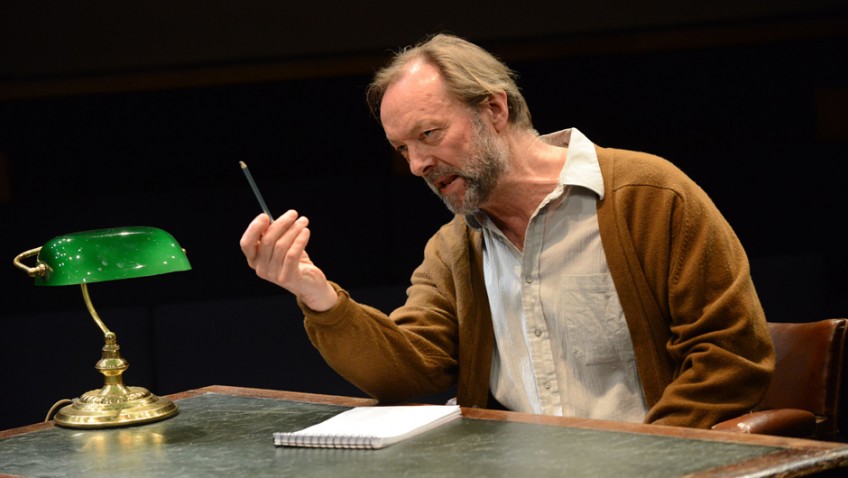 David Mamet’s one-act Squirrels, which he wrote in 1974, is about the creative process and writer’s block. The joke is very thin and goes on for a very long 75 minutes.

An overbearing and fixated author has, for the last fifteen years, never been able to get beyond the opening paragraph. He is writing a story about a man, sitting on a bench in a park and getting bitten by a squirrel and trying to strangle it.  He drives his protégé up the wall.

Why anybody would want to revive one of Mamet’s worst plays, I cannot imagine. I can’t remember when I was last so bored in a theatre.

Caryl Churchill wrote The After-Dinner Joke as a television play; and it is as timely now as it was 36 years ago. World poverty has not gone away. A young charity worker who wants “to do good” discovers that, contrary to her firm belief, Charity can never be non-political.

The script is a series of very short scenes, satirising Charity and Big Business and some of them are very funny.

The Churchill play is infinitely preferable to the Mamet play, but, inevitably, a total of 66 episodes, by their very nature, are hit and miss. The 80-minute production would benefit enormously from a 20-minute cut