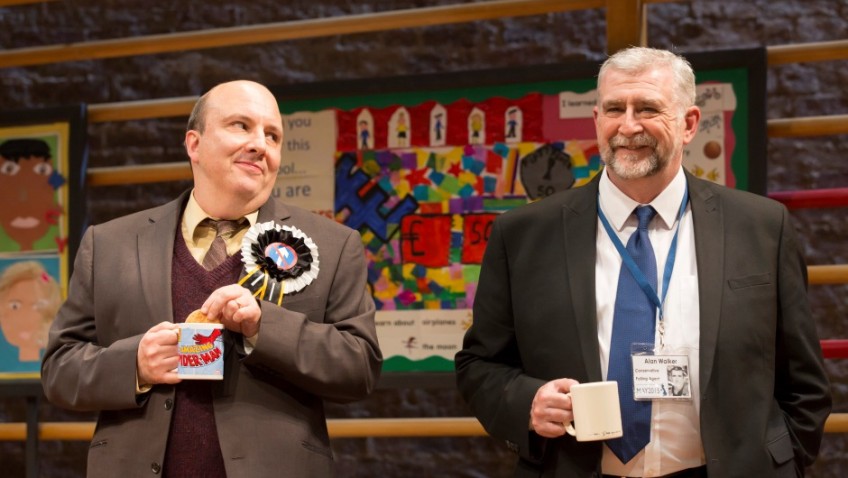 Robert Tanitch reviews The Vote at Donmar Theatre whilst at home

James Graham’s play, written for stage and television and directed by Josie Rourke, was broadcast live on the More 4 Channel on 7 May, the 2015 Election Day.

It was played out in real time to coincide with the last 90 minutes before the polling stations closed.  A huge cast, full of well-known names, participated. 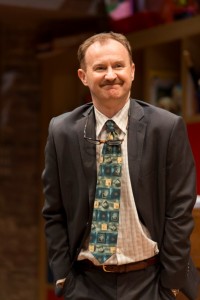 The Vote is a much more trivial than Graham’s The House, which had such a success at the National Theatre and made his name

The setting is a polling station in a primary school gym in a marginal constituency. Every vote counts.

Mark Gattis is the harassed returning officer heading for chaos and a breakdown. Katherine Tate and Nina Sosanya are his bungling clerks. These three actors hold a fragile play together.

Timothy West is cast as an old man, no longer quite with it, who manages to vote twice.

The desperate efforts of one of the clerks (Katherine Tate) to rectify the error and balance the vote by ringing up members of her family to come in and vote according to her wishes lead to some amusing farce. 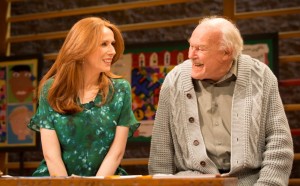 The cast includes Hadley Fraser as a drunk who wanders off into the street with his ballot paper and then comes back to find he can’t vote.

Chukwudi Iwuji is a black Conservative candidate and he has a rare and unexpected moment of seriousness. 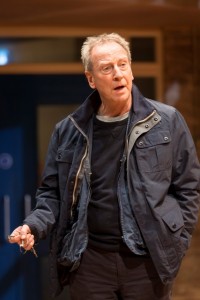 The major comic performance is by Paul Chahidi as an Independent candidate who is obsessed with a one-way traffic system.

“One Way? No Way!” he cries, furious that the ballot paper has got the question mark and exclamation mark the wrong way round.

But for a longer shelf life, it would need considerable reworking. The ingredients are there.