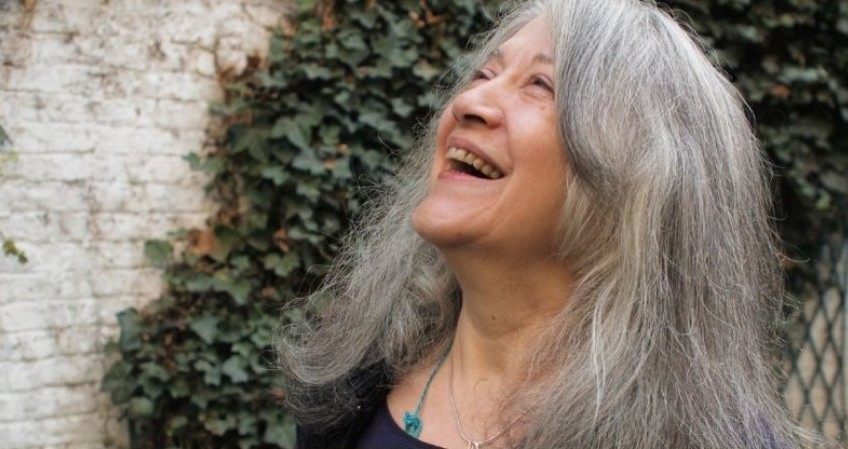 Argerich is a documentary about the great Argentinean-born pianist Martha Argerich, made by her daughter Stéphanie, 39, the only daughter she had with the renowned pianist Stephen Kovacevich.  The film is topical as Martha Argerich was recently in London where she appeared with Daniel Barenboim (also born in Buenos Aires in the 1940s) in a sold-out concert at the Royal Festival Hall.

The charismatic 70-year-old polyglot has three daughters (‘girls are more interesting’) from three separate relationships.  She did not marry Kovacevich, but married conductor/composer Robert Chen and conductor Charles Dutoit and has one daughter with each of them.  None of Martha’s relationships lasted for very long, which seems to be a professional hazard.  Martha and the fathers of her children have spent their lives touring the world, in Martha’s case, with Stéphanie in tow.

Stability and routine were not a part of Stéphanie’s existence. An early reflection of life on the road with her mother is of Martha leaving the train at various stops to have a cigarette, timing her return so closely that little Stéphanie was left agonising over whether her mother would make it back.

Stéphanie is of Swiss, Argentine and Belgian nationality and studied Russian in Moscow before studying photography in New York.  Her life reflects the peripatetic life of her mother and estranged father, who separated from Martha when Stéphanie was two. Although Argerich tells Stéphanie that Kovacevich was the love of her life, (she fell in love when hearing him play Beethoven’s 4th), it is obvious she shares her affections with Tchaikovsky, Prokofiev, Ravel and Brahms.

Martha is clearly a loving, protective mother, but there is not much to be gathered from Stéphanie’s reunion with her father, as they have an awkward conversation about the absence of a father on Stéphanie’s birth certificate.  ‘It’s been 16 years since I asked my father to recognise me,’ she complains to us. ‘It’s the only thing I ever asked him to do.’

We meet briefly Robert Chen and his daughter with Martha, the violinist Lyda Chen-Argerich and Stéphanie’s half-sister, Annie Dutoit.  Annie’s father has been married four times and has other children, which leaves the viewer with the impression that passion and music dominate the bohemian existence of Stéphanie’s extended family.  Stéphanie is now a mother herself.

While this intimate documentary is not without its pleasures, chief among them the excerpts from Martha’s concerts, there is only a brief mention of the cancer, first diagnosed in 1990, that almost ended her life in 1995.  There is also less insight into Martha’s musical education, influences, and musical interpretations, though the clips go some way in showing why she is considered one of the greatest pianists of her generation.