Home / LIFESTYLE / REVIEWS > / THEATRE REVIEWS / If you are a David Bowie fan, go for the songs 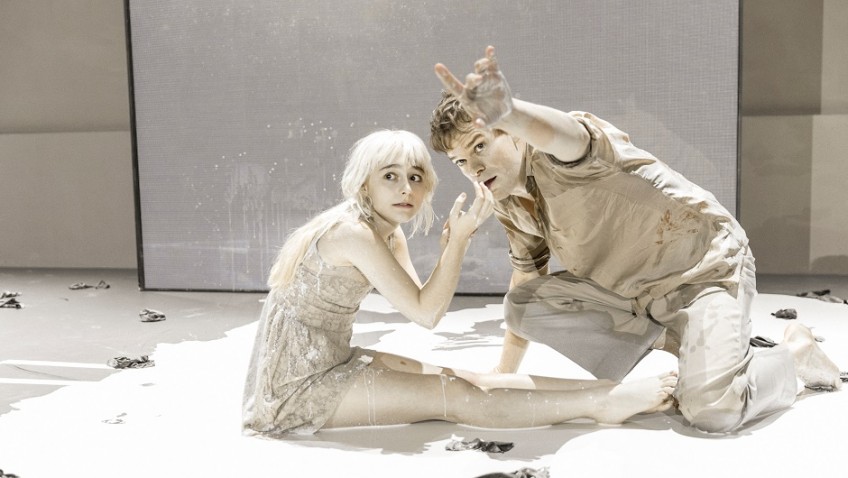 If you are a David Bowie fan, go for the songs

Bowie wanted to do a musical about the alien he had acted in Nicolas Roeg’s film of Walter Tevis’s sci-if novel, The Man Who Fell to Earth. He would provide a backlog of songs. Edna Walsh would write the script

Thomas Jerome Newton, a lonely, alcoholic alien, trapped on the planet earth, wants to go home. It is a role with which Bowie will be forever identified.

David Bowie died in January. He was only 69.

The action all takes place inside Newton’s head, his breaking mind. The 1 hour 50 minute straight-through script is his feverish, existential, extraterrestrial dream of building a rocket and going home.

The subject matter is Newton’s isolation, madness, drug abuse, alcoholism and terror of immortality “I am a dying man,” he says, “who cannot die.”

The band is on stage behind a transparent glass wall. The set is a long strip. At one end is a bed and at the other a fridge. There is a lot of video projection.

The script is so baffling and so impenetrable, it is probably best to ignore it and concentrate on the songs. Most audiences will do just that. They will be happy just to hear the 17 songs and will not care whether they are integrated into the show or not.

Michael C Hall has considerable charm and the voice for Newton. Sophie Anne Caruso is a little girl angel, a strange waif, who creates a rocket on the floor out of masking tape. Michael Esper is a mass murderer.

They sing and act out the songs, which include Man Who Sold the World, Changes, Where Are We Now, Killing A Little Time, Valentine’s Day and Heroes.

Lazarus is very much in memoriam of David Bowie.