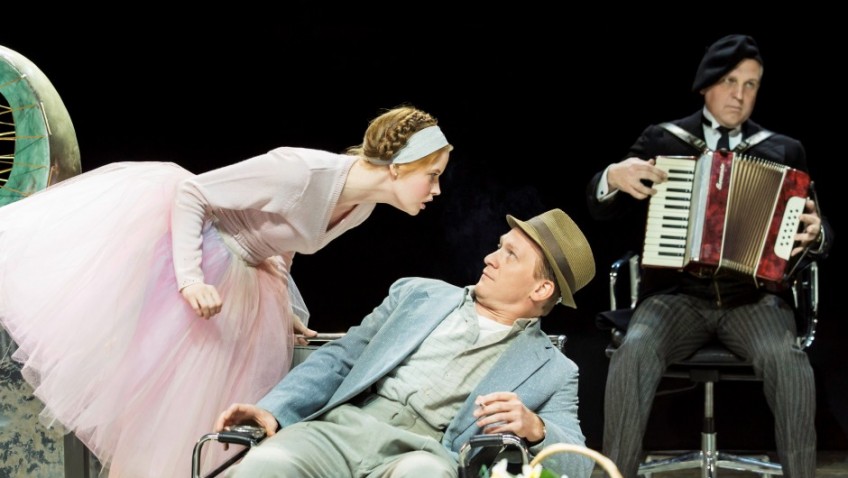 Cast and audience have a swell High Society party

Philip Barry (1896-1949), one of the most popular American dramatists, is probably best remembered today for The Philadelphia Story which he wrote for Katherine Hepburn and which ran for 417 performances in 1939.

Hepburn bought the film rights.  She had wanted Spencer Tracy and Clark Gable to be her co-stars, but since they were not available, she had to make do with Cary Grant and James Stewart.  The 1940 film version put her back at the top of her profession.

In 1955 The Philadelphia Story was turned into a Hollywood musical with a great score by Cole Porter. It was called High Society and starred Grace Kelly, Bing Crosby and Frank Sinatra and Celeste Holm.

Richard Eyre in 1987 turned the film musical into a stage musical. Even with additional songs by Porter, which were drawn from his other shows, the production was not a success. 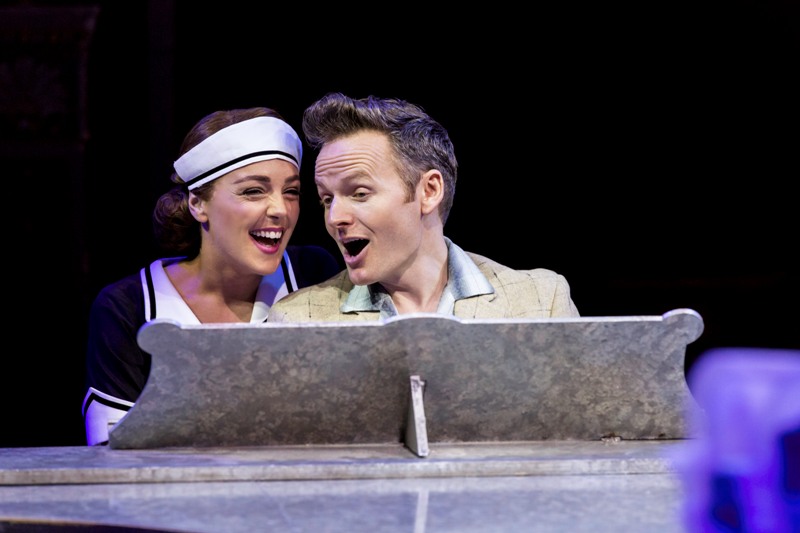 The present production by Maria Friedman is surprisingly staged in-the-round but is, nevertheless, the best stage version of High Society I have seen.

Joe Stilgoe’s cabaret turn at the piano gets the show off to a great start.

Arthur Kopit, who wrote the book for the show, says that this production, unlike an earlier production in 1998, is the High Society he wrote. The staging has a swell party feel about it.

The screwball story is updated from 1939 to 1958 but remains the same. A divorcee (Kate Fleetwood), a very rich socialite, is about to get married to a stuffed shirt when her ex-husband (Rupert Young) turns up. She gets drunk and has a midnight swim in the nude with a gossip columnist (Jamie Parker).

The great strength of this revival and what gives it its energy and excitement is the energetic and inventive choreography of Nathan M Wright who makes certain that the many scene changes are also always entertainingly choreographed. He uses the cast as assistant stage managers.

There is nothing more exhilarating on the London stage at the moment than the opening to Act 2.  It begins with “Well, Did You Evah?” and is then immediately followed by “Let’s Misbehave.” The two numbers one after another are absolutely terrific and have the audience cheering.