Home / SLIDER / Prepare to be dazzled by dance 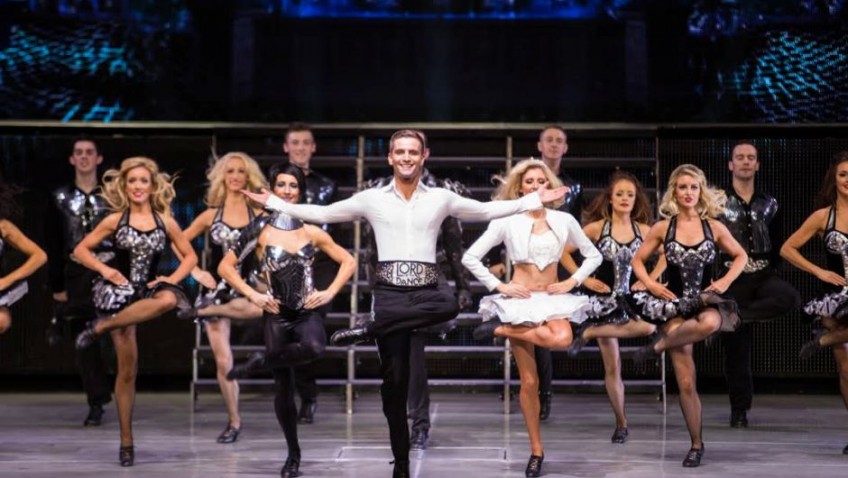 Prepare to be dazzled by dance

For more than two decades, Michael Flatley’s Lord of the Dance has thrilled audiences across the world.

A seat in the stalls for the opening night at Bristol Hippodrome was my chance to see this dance phenomenon for myself, after enjoying previous shows from the comfort of my sofa watching television and DVDs of Michael Flatley’s troupe.

Most will have heard of the man and his innovative re-invention of Irish dancing, but to actually see and hear the famous beating feet is to be transported.

This new show, Lord of the Dance: Dangerous Games boasts new staging, new costumes, new choreography, and new music by composer Gerard Fahy – all without losing the visceral precision and thrills of the original masterpiece.

Directed by the posturing performer who helped turn Irish stepdancing into a worldwide spectacle in the mid-1990s, Michael Flatley’s new show is bringing enthusiastic audiences to their feet night after night.

The man himself was not part of the show except as three holograms which staged a dance off at the end of the show.  But however brilliant his skills, they could not compete with the live action.

“My dancers are the real stars,” says Michael Flatley of his troupe of dancers, some of whom have been with the company for over 10 years.

The dance superstar added that he is “immensely proud of their hard work and dedication”.

On the UK Tour, Morgan Comer stars as the Lord of the Dance with Tom Cunningham playing the Dark Lord.

Morgan Comer has been with Lord of the Dance since 2012 and is a worthy successor to the Lord’s title.  This young man has the flamboyance and self belief of Flatley and had the audience in raptures.  And when he ripped his shirt off…..

Tom Cunningham has been with Lord of the Dance since 1997 and his dance skills matched Comer’s, but he played the baddie and while his costume was a feat of malevolence, the hero’s torso won over at least half the audience!

The girls were all beautiful and graceful, managing to be both delicate and ethereal in the magical scenes, and then matching the males in power and prowess in the joint dances.

The costumes deserve a credit of their own: more sparkle than any little girl could wish for and the soldiers and robots could have come from a Star Wars film.  Holograms and lighting, fireworks and flames created an atmosphere that was electrifying. Added to the pulse and thud of the music and stamping tapping feet, you could not help but be enthralled.

We were further entertained by the superb voice of Rachael O’Connor in between the high action dance numbers and the fiddlers, Giada Costenaro Cunningham and Eimear Reilly, played their violins with elegant Irish spirit, verve and vivacity.

The finale included all the elements of the show and threw a generous measure of Celtic symbolism with the more traditional dancing. This was the Lord of the Dance we have revered since Mr. Flatley showed us how it could be done. The audience was on its feet, cheering and whistling and not wanting it to end.

This show will stay with you for a long time and is an experience to be relished.  See it if you can, even if you are not Irish, don’t like dance, are afraid of being made to jump out of your seat:  no reason is good enough to miss this experience.

Oh and the dancing was incredible, how do feet move that fast, or legs move in all those directions?

The show is on tour throughout the rest of May and June finishing in London on 4th July.