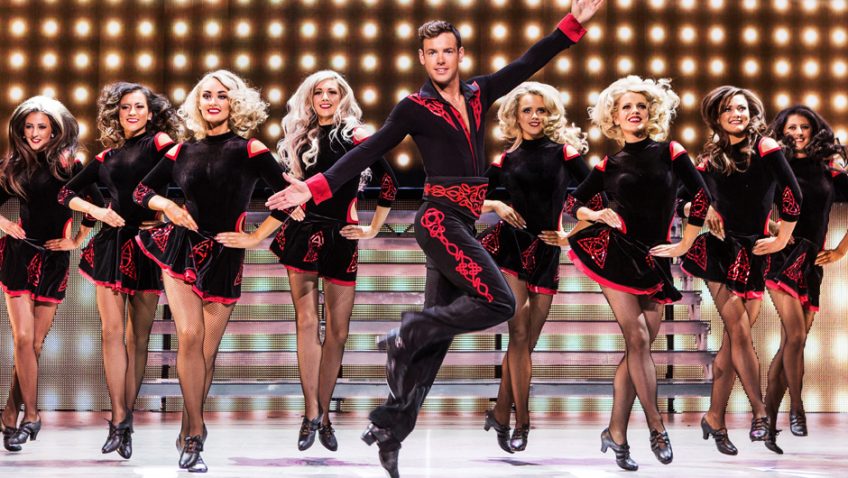 Flatley presents Lord of the Dance

Michael Flatley’s show Lord of the Dance: Dangerous Games has toured the World over so to see it return to Bristol was a chance I didn’t want to miss and I was lucky enough to be able to attend the show myself last night.

The spectacle has been running for over 20 years now and Dangerous Games showcases the incredible talent of the dancers, musicians and singers involved – all of whom were superb. Lord of the Dance: Dangerous Games is a spectacular show that incorporates traditional Irish dance music with the contemporary – it was totally enthralling and drew the audience in to the spell. Everyone in the auditorium couldn’t resist clapping and cheering throughout the entire show.

The special effects on the stage included some ground-breaking technology including a giant holographic screen and a pyrotechnic show. Michael Flatley himself did not take part in the show but he did appear on the screen at the end with a brilliant show of his skill.

The mix of ‘goodies’ and ‘baddies’ revealed itself well in the costumes that each troupe wore – delicate fairy-like dresses for the girls and robot outfits for the ‘baddies’ – all very authentic!

The dancers included a group of ‘bad’ robots who, at the end of one of their routines stripped to the waist, which delighted many of the females in the audience and brought loud cheers from them!

The show ended with the cast bringing the audience to their feet with their skilful Irish dancing.

Michael Flatley has good reason to be “immensely proud” of all the dancers in the show.

If you enjoy the thrill of the Irish music, its unique form of tap dancing or the special effects on stage then this is a show that will deliver.

Lord of the Dance has been touring the UK and is showing at Bristol Hippodrome from April 25th for seven nights. So this is your last chance to watch this stompingly good show!

Tickets are available from www.atgtickets.com/bristol