Home / LIFESTYLE / REVIEWS > / DVD REVIEWS / Who was the youngest actor to win an Oscar? 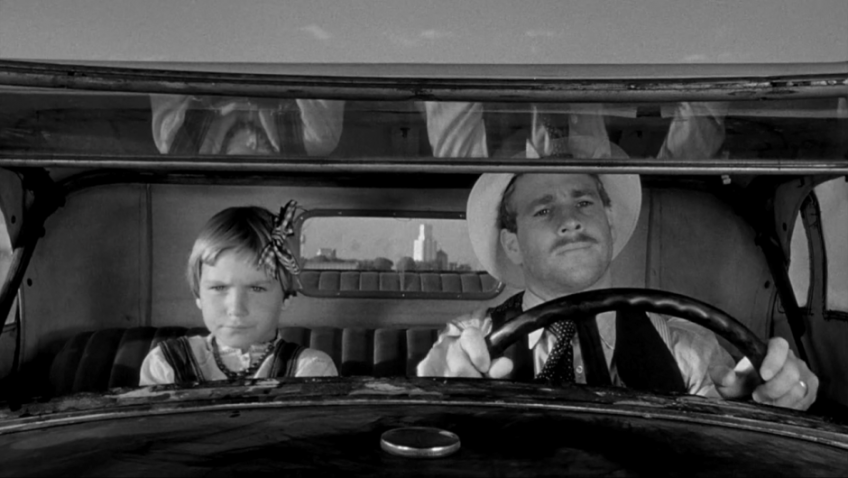 Who was the youngest actor to win an Oscar?

PAPER MOON (Eureka). Peter Bogdanovich’s 1935 amoral yet engaging road movie, acted by 1970’s actors, is set during the American Depression.  A con man pretends to be a Bible salesman and wheedles money out of widows. A determined and unusually mature 8-year-old girl, an orphan (who may or may not be his illegitimate daughter) becomes his partner in crime. The roles are played by Ryan and Tatum O’Neal who are father and daughter in real life. Ryan has loads of charm. Tatum won an Oscar, the youngest actor to do so. The film, tender, funny, and touching was hugely popular.

INTO THE WOODS. It is brave of Walt Disney to film something as dark and as cruel as Stephen Sondheim and James Lapine’s musical. Sondheim aficionados, who are familiar with his cynical style and enjoy crisp and witty lyrics, will not mind if things do not end happily ever after; and indeed things get pretty Grimm in the second half when a female giant is on the rampage. Rob Marshall’s production is strictly for sophisticated audiences. The cast includes Meryl Streep as Witch, Johnny Depp as Wolf and Chris Pine as Prince Charming. The stand-out performances are those by James Cordon and Emily Blunt as the baker and his wife, a childless couple, who have to find a cow as white as milk, a cape as red as blood, hair as yellow as corn and a slipper as pure as gold, in order to break the witch’s spell and have a child. Their quest has repercussions for all the other fairy tale characters.

FOXCATCHER (One Entertainment) is based on a true story and observes the enigmatic relationship between a wrestler, an Olympic gold medallist (convincingly played by Tatum Channing) and an eccentric multi-millionaire (Steve Carrell) who runs a privately funding training centre on his estate. There are psychological issues and possibly a homoerotic subtext. Carrel’s creepy performance of a bitter resentful and deluded man, who wants to be coach, mentor, father-figure and take all the credit, is unnerving. Mark Ruffalo is excellent as the wrestler’s brother. Bennett Miller directs this intriguing, foreboding story.

A MOST VIOLENT YEAR (Icon). The title is something of a cheat. The violence is muted. It’s not your normal gangster movie. It’s more cerebral. Set in New York in 1981, a self-made oil businessman doesn’t want to be a gangster. He wants to be clean and tread an honest path; but honesty does not make much sense in a dirty world where everybody is corrupt, and that includes not only his rivals but also his wife, his lawyer and the DA. His oil tankers are being hi-jacked. How can he stop it without resorting to guns? Oscar Isaac’s performance is in the Al Pacino/Michael Corleone/Godfather mould. J C Chandor directs.