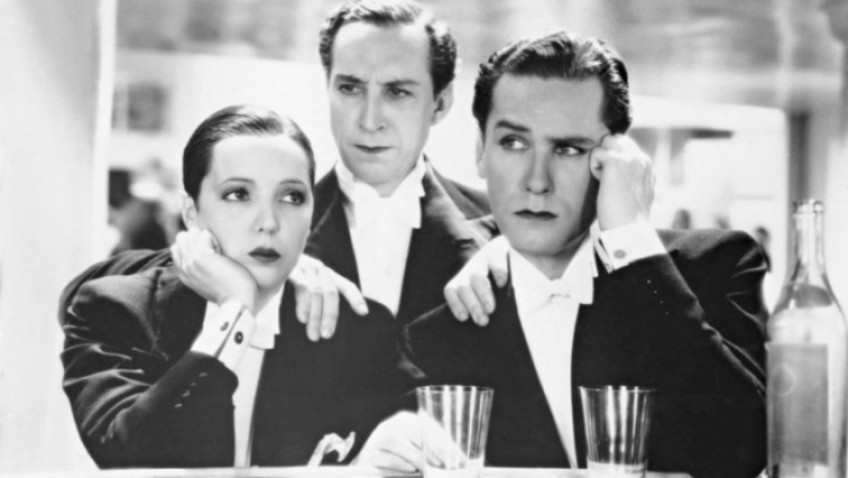 Jessie Matthews was the most popular British female star in the early 1930s. She was in her element when directed by Victor Saville. But she had a really rotten time when she was directed by Alfred Hitchcock – and it shows. IT’S LOVE AGAIN is a 1936 musical comedy directed by Victor Saville. Jessie Matthews, a bright, hazel-eyed, leggy gazelle with a big smile, sings and dances around.

A society reporter (Robert Young) invents an imaginary celebrity and Matthews as an out-of-work chorus girl (“I’m fresh, I’m silly, I’m absolutely daft”) impersonates her in order to get into show business (and, in the words of the song, “dance my way to heaven in your arms”).

What the film really needs is a Fred Astaire as her partner, and a Busby Berkeley for the big production numbers. Ernest Milton is cast as a camp impresario.

WALTZES FROM VIENNA is a rare opportunity for completists to catch up on a rarely seen Alfred Hitchcock movie. Who would have thought Hitchcock would direct a Jessie Matthews  film, a low budget 1933 musical farce?

But then who would have thought Jessie Matthews would appear in a film about the rivalry between Johann Strauss (Edmund Gwen) and his son (Esmond Knight) who composed The Blue Danube in a bakery kitchen and became a musician rather than a confectioner? Matthews thought the film perfectly dreadful.

Fay Compton has the much more appealing role of the countess who encourages the young musician.  Knight looks uncomfortable reprising the role he had played successfully on the London stage. Surprisingly he did not grow a beard to look like Strauss.

Hitchcock dismissed the film as a musical without music and said it was very bad: “I hate this sort of stuff. Melodrama is the only thing I can do.”