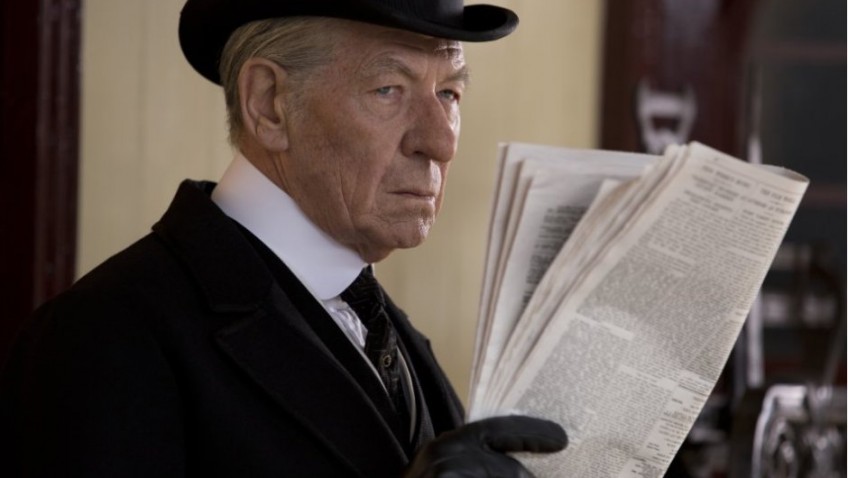 For those who already think of Sherlock Holmes as a real person, and fans who would like to imagine him so, Bill Condon’s film, Mr Holmes, is a double-edged treat.

Based on Mitch Cullin’s novel, A Slight Trick of the Mind, Jeffrey Hatcher’s script presents Holmes, beautifully portrayed by Sir Ian McKellen, as a real person, but not as fans might want to remember him.  At 93, he is very much retired with his bees and diminished mental faculties.

Desperate to find a remedy for his fading mental faculties, Holmes travels to Japan for a treatment that will help him remember the unresolved case that led to his retirement.

Mr Holmes contains some touching moments, irresistible reminders of the great detective woven throughout the film, and an excellent, if underutilised cast. But, it is let down by a muddled, flat narrative that, weakened by meandering flashbacks, plods its way to an unsatisfactory denouement. 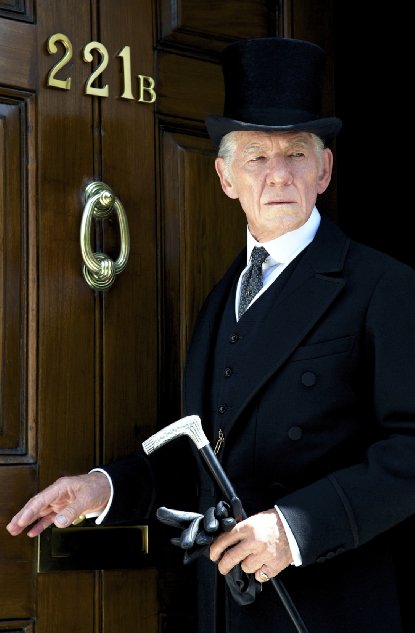 There are three main story strands in Mr Holmes, Arguably the most satisfying is Holmes (McKellen) in 1947, living with his housekeeper, Mrs Munro (Laura Linney), and her precocious young son Roger (Milo Parker) in his Sussex farmhouse where he tends his bees.

We know it is 1947 because Holmes doctor (Roger Allam) gives Holmes a diary and tells him to put a mark in each square to keep track of time.  ‘What if I forget to make a mark?’ is Holmes’ logical response. But it is a remark directed more at the audience than at the doctor.  After all, if you make it to 93 without needing a diary, you’re doing ok.

Holmes fans also know, from the final case, His Last Bow, that by 1947 Holmes has been retired for 33 years!

Dr Watson, Mycroft, Inspector Lestrade and Mrs Hudson are dead, and we miss them as much as Holmes.

His sole entourage now is Mrs Munro (Laura Linney) a frosty single mother – on whom he is dependent –and, never one to dote on children, her energetic son. Unlike his mother, at least Roger respects the old man from the stories.

Despite the sentimental element to this strand, and the limited cinematic appeal to bee keeping scenes, it is here, with Roger responding to Dr Watson’s stories of Holmes’ exploits, that we are rewarded with glimpses of that famous sharp, forensic mind. It is also here where we are asked to reflect on what Holmes is without the mental powers that defined him.

Apparently, Holmes himself has thought about this since he retired in 1914.  We learn that he travelled to Japan to meet Matsuda Umezaki, an expert in the Prickly Ash plant which Holmes covets for its medicinal properties, if not for its side effects. 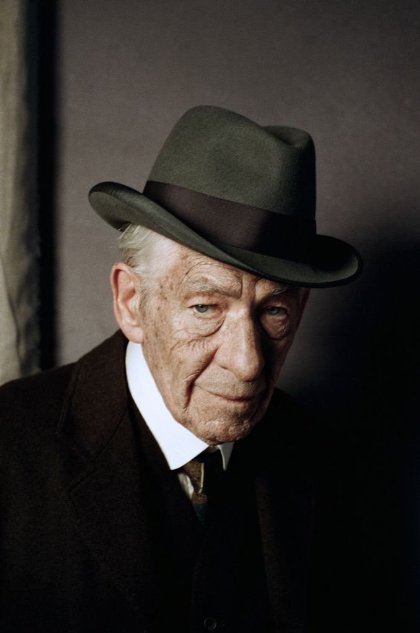 Umezaki is played by the talented Japanese actor Hiroyuki Sanada (Ring, The Twilight Samurai, The White Countess, The Railway Man). He is one of several actors who pop up in underwritten roles.

There is a little family saga tacked on to this Japan episode, but, despite the importance of prickly ash the trip to Japan seems gratuitous.

The second strand concerns Holmes’ last case.  Although the case involves Ann Kelmot, an unhappily married, tormented woman (Hattie Morahan), likened to Kim Novak in Vertigo, it is laborious than mysterious and compelling.

In re-enacting the drama in flash-back, the film looses focus and tone, particularly when Frances de la Tour appears as a music teacher.  Apparently, Mrs. Kelmot made an impression on Holmes, and his inability to help her has haunted him.

In hinting at a missed romance and more, the film might lose a few fans, as nowhere in the casework of Sherlock Holmes, has he pined for a wife.

Sir Ian McKellen, 75, gives a nuanced, moving, performance, lightened by some humorous lines, expertly delivered.  This is the second great performance McKellen has delivered for Bill Condon, 17 years after Gods and Monsters, which Condon also wrote.  But his star turn cannot save a film that lacks focus, narrative drive and tension.

In His Last Bow Holmes says a fond farewell to Watson, who fails to understand his metaphorical reference to ‘an east wind coming’. ‘Good old Watson!’ Holmes sighs. ‘You are the one fixed point in a changing age. There’s an east wind coming all the same, such a wind as never blew on England yet.’

Maybe Holmes carried on with his bees to 93, but many of us wish to remember the great detective as he, and Conan Doyle thought of him: part of a world that will never come again.