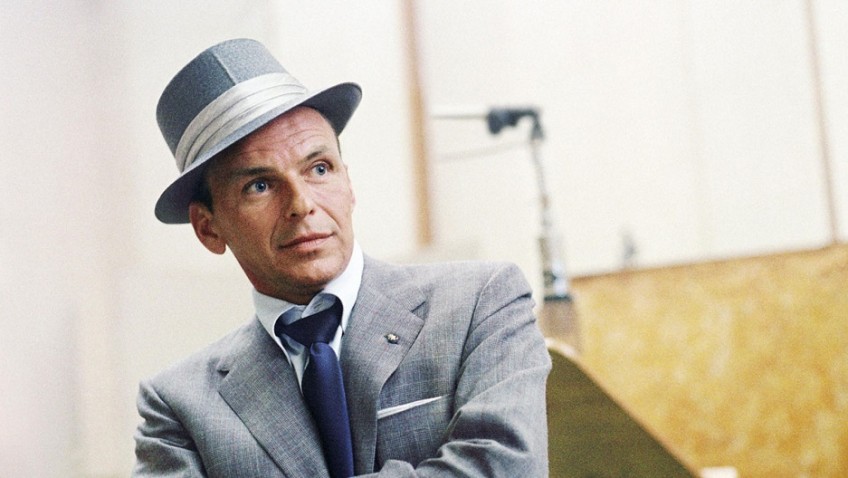 SINATRA: ALL OR NOTHING AT ALL (Universal). Frank Sinatra is one of the great entertainers. The 2 DVDs contains The 1971 Retirement Concert, a documentary recording his connection with the Mafia, JFK and the Rat Pack, and an Interview with Walter Cronkite.  “Sinatra had a wonderful ability to create a mood when he sang,” said Bing Crosby. “I would like,” said Sinatra, “to be remembered as a man who brought an innovation to popular singing.”  There is a lot of pleasure here for his fans. (Thames & Hudson has published Sinatra 100, an Official Centenary Book, a pictorial record.)

LISTEN TO ME MARLON (Universal). Marlon Brando was a great movie actor, the finest actor of his generation, a legend in his lifetime. His reactionary screen technique changed the whole concept of film acting. The soundtrack for Steven Riley’s documentary is taken from Brando’s audio recordings. Therre is Brando as actor, activist and tragic father. The images are photographs, newsreels, interviews and clips from his films, most notably A Streetcar Named Desire which launched his fame on stage and film.  His performance as Stanley Kowalski remains definitive, magnetic, dynamic, physically and vocally.

CARLOS ACOSTA DANCES ROYAL BALLET CLASSICS (Opus Arts Royal Opera House). The highly popular and charismatic Cuban ballet dancer, the greatest male dancer since Nureyev and Baryshnikov, is 42 and celebrating 26 years on the international stage. Following his retirement from the Royal Ballet probably the only way to see him in a full-length classical ballet from now on will be on DVD. Acosta has a big personality: he’s buoyant, charmant,virile and sexy. He commands the stage and the pyrotechnics dazzle. The box, which includes performances of La Fille Mal Gardee, Romeo and Juliet and Don Quixote, would be a very nice Christmas present to give or receive. (ROH and Oberon have also published a pictorial record of all his great roles.)