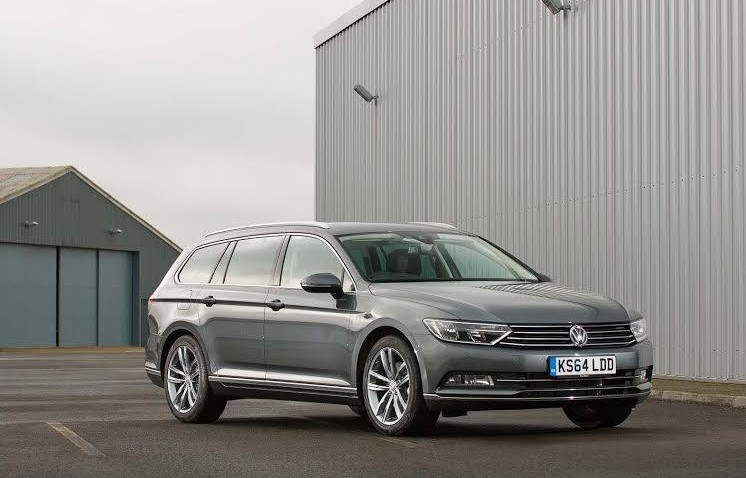 Two of the motoring world’s biggest rivals have just launched new large family cars; the sort of things that will comfortably ferry the grandchildren around, and especially in estate format will easily cope with all your garden waste on its way to being recycled. You’ll be familiar with the names – Mondeo and Passat – but these launches are genuine new cars, with a list of new engines and technologies.

In terms of length the two are within 10cm (near enough four inches) of each other, with the Mondeo being just the larger. The intensity of the rivalry between the two companies can be gauged from the fact that Ford and Volkswagen sit in first and third places respectively in the UK sales charts. Interestingly, both cars feature pieces of significant new technology that make them stand out from the crowd. Ford’s Mondeo has been on sale for the past 22 years – so there have been a few changes, and the latest model certainly looks very different from that first one, which gained the honour of European Car of the Year in 1994. Built in Valencia, and available as 5-door hatchback and estate, plus 4-door saloon (hybrid only), the new car’s lines are as svelte as a coupé – quite an achievement since coupés are designed primarily for visual effect, and have just two doors with which to bother their designers.

Engine choice is the widest ever, with 1.5 and 2-litre EcoBoost petrol engines, to be joined very soon by Ford’s fuel-efficient and surprisingly powerful 1-litre EcoBoost, which was recently named International Engine of the Year for an unprecedented third time in a row. Diesel engines run from 1.6 to 2.0 litres, with a wide variety of power outputs. An important addition to the range is the four-door Mondeo Hybrid, which combines a 2-litre petrol engine with an electric motor and1.4kWh lithium-ion battery to provide CO2 emissions of 99g/km – small enough to allow its owner a zero road tax bill.

I started with a 2-litre diesel, which will be the most popular version. Noise levels with the latest diesels are remarkably low, and this one is no exception. With more than half of the car’s body made of high-strength steels the Mondeo is noticeable lighter than before – kerb weights start at 1485kg – so the generous amounts of low-down torque from the 2-litre diesel engine give the car enjoyable get-up-and-go. More to the point perhaps, the fuel economy has been improved and both versions of the 2-litre diesel achieve an impressive 62.8mpg official average. Ride quality is on the firm side, but only the worst surfaces cause a noticeable degree of bounce. View out for the driver is good, though the shallow side windows, which are an inevitable part of the sporting design, do cut down sideward vision.

I mentioned earlier the new technologies that both our test cars possess. Available in the Mondeo for the first time are inflatable seat belts for the rear seats, which at a glance look pretty much like normal belts, but in the event of an accident which sets off the airbags, the belts too will inflate, thus widening themselves and lowering the forces per square inch exerted on the user’s body. It seems such an obvious solution one wonders why it hasn’t been used before, but then that’s always the way with the best ideas.

New too in the Mondeo range is the hybrid model, which is what’s usually termed a mild hybrid; in other words there’s no means of topping up the battery by plugging the car into the house ring main or dedicated car charger.

Official combined fuel consumption of the hybrid is 67.3mpg, which is a good figure for what’s a fairly large car, though as ever you’ll have to drive remarkably carefully to achieve it. Less impressive is the boot space, devoured to a significant extent by the lithium battery which takes up 30% of the volume, leaving 383 litres (13.5 cubic feet) and an awkward shape to fill. There’s loads to like in this car, one element of which is the separate adjustments provided for front and rear sections of the seat cushion on the sports seats fitted to our test cars. An additional benefit of these seats is the amount of lateral support they offer, and despite their name you don’t have to be a ‘sporting’ driver to appreciate the comfort they can offer. The wide range of adjustments means you can get the seat exactly the way you want it, so even long journeys won’t leave you stiff and aching.

This year will see almost half of Ford’s passenger cars being replaced, with new versions of the S-Max, the Galaxy, and even the Mustang joining the list. The new Mondeo is an impressive start to the process. The new Volkswagen Passat is the eighth generation of a car which started life way back in 1973; worldwide sales in those 42 years have now reached 22 million. Marginally lower and wider than the previous model, this one offers improved interior space with more leg and head room, plus increased luggage space. Body style is saloon or estate.

It might seem somewhat perverse for there to be diesel engines only on offer, but one amazing statistic reveals the reasoning behind it. Sales of the last car contained a mere 1% of petrol engines – the other 99% being diesel; main reason for that is of course the predominantly fleet nature of the sales. So for now it’s diesel or nothing, but later this year a small number of petrol engines will hit the road under the bonnet of the hybrid car.

I started with a 2-litre diesel saloon model with the lowest power output available, which is 150PS, though the power range of this engine goes up to 240PS thanks to the bi-turbo addition in the four-wheel drive version which is known as 4MOTION. Our 150PS were nonetheless powerful enough for real world driving, and the car felt amply quick enough. It was also genuinely enjoyable to drive for one simple reason. In fifty years of driving I’ve never experienced a gear change as smooth and light yet precise as this; hard to explain, but anyone trying it would be impressed. It may not be a new gearbox, but every facet of its design and installation here is obviously as well matched and good as it gets. Had I been testing the car for a long period I thought initially that I’d be less impressed with the seat, the back of which I found hit me uncomfortably in the shoulders even on max setting of the lumbar support. To be fair by the time I’d finished testing three cars I had obviously adapted my posture, because the latter ones felt fine.

Harking back a decade or so, Volkswagen cars of old were universally on suspension that was in the German mould, which means firm. The new Passat feels vastly better, being sufficiently compliant and therefore able to deal well with our pockmarked road surfaces, offering a comfortable ride without noticeable lean on corners.

Interior design of the new Passat is mostly traditional black and dark grey, but Volkswagen have made an effort here to brighten the outlook with extensive use of aluminium coloured plastics which do that job well. Leg room is ample wherever you sit, and there’s plenty of head room in the rear, so the height reduction in this new model hasn’t been achieved at the expense  of practicality. I mentioned new technology, and here in the Passat there’s a very neat application that will appeal to all those who find that reversing their caravan or trailer into a parking spot is a facet of driving that they could do without. ‘Park Assist’, which has been around for quite a few years now – assisting drivers in parking at the side of the road or in a parking bay – is now joined by ‘Trailer Assist’, which does virtually the same when you’re towing. Essentially it will manoeuvre a trailer or caravan in reverse from the carriageway into a driveway. You do have to tell the system when you want to start turning the trailer in, but after that one merely controls brakes and accelerator; the system takes care of the steering. Unsurprisingly, it works brilliantly well. At the launch, even those who considered themselves masters of the art had to admit the Trailer Assist system was more accurate than were they. Cost of this extra is £465, and many occasional, or even regular, users of a caravan will feel it’s money very well spent.