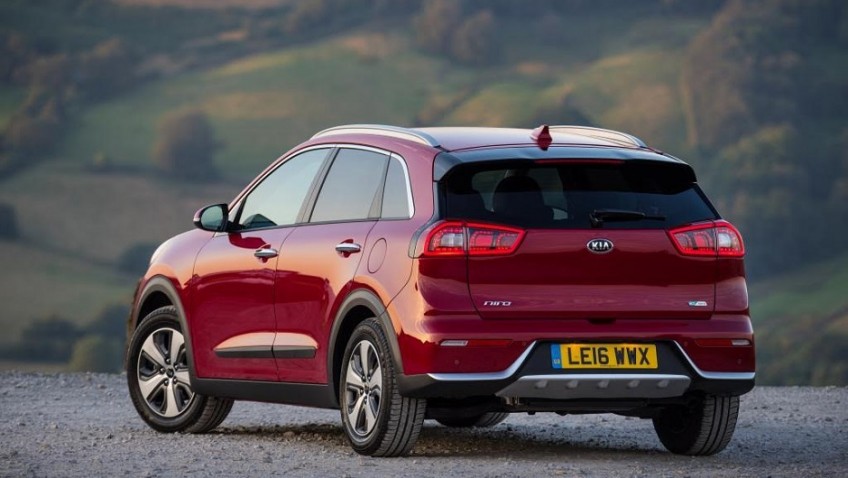 Five years of increasing UK sales illustrate that Kia must be doing something right. They’ve become known for the industry leading 7-year warranty, and have also maintained a reputation for reliability that’s up with the best. Exactly how important that reliability factor is will be open to some argument, but I’m sure Mature Times readers would put it very near the top of their wish list when buying a car.

The latest model to come from the Korean manufacturer is a hybrid, and like the majority of these it features a petrol engine and electric motor, which can be operated separately or together, though in truth the electric-only mode lasts for only a few hundred yards before the petrol engine adds its much larger output. Hybrid sales in the UK and mainland Europe have doubled over the past five years and are expected to reach 700,000 annually by the end of the decade. Niro is positioned to take advantage of this growing demand, and it’s offered in the UK in a four-strong model range – designated grades ‘1’, ‘2’, ‘3’ and ‘First Edition’. Performance when both motors are working hard is ample (0-60mph time is 11.1 seconds if that matters to you), but of course the driving force behind a hybrid is the expected fuel economy, and with an official figure of 74.3mpg the Niro passes the test. I should add that this figure is based on the most economical version of the car – the one with small wheels and big high profile tyres – though its advantage of 10mpg over the less eco model takes some believing.

The Niro’s gearbox is a 6-speed dual-clutch automatic, which like all such boxes changes gear extremely quickly thanks to having one of its clutches ready for what it thinks will be the next gear you want. Essentially one gets the economy of a manual box allied to the convenience of an automatic; it does a good job, and as many drivers never tire of telling me, auto boxes are the sensible solution. There will be no combustion engine-only version of Niro; its all-new platform has been engineered exclusively for electrified vehicles, and a plug-in hybrid version (PHEV) will be introduced for the 2017 model year.

There’s an excellent view to front and sides, but a less fulsome one to the rear, where head restraints and C-pillar can get in the way. That aside, it’s a very easy car to drive, with light pedals and steering, comfortable ride, and remarkable amounts of leg room in front and rear seats. The engine is quiet, and the electric one of course virtually inaudible, so the only noise to bother one is tyre rumble, which as ever is more of an issue with the lower profile tyres. In addition to a sizeable boot, the Niro comes with a sensible amount of storage for motoring odds and ends. The glove box and door pockets are nothing special, but there’s a large and very useful box between the front seats. The cabin is more colourful than most; dark grey below the window line, cream above it, and some soft touch materials plus coloured plastic panels on the doors – white in one of our cars, black in the other.

As mentioned above there are four versions available, and Kia claim they’re all well equipped. That’s no idle boast, nor – bearing in mind the list prices – should it be. I’ll list here some of what you get. Every version has a Hill-start Assist Control, Cruise Control and a Speed Limiter. Grade ‘2’ adds a 7-inch touch-screen navigation system with European mapping, a Reversing Camera and Kia Connected Services featuring TomTom, which provides up-to-the-minute information on traffic hold-ups, weather, speed camera locations and local points of interest (this Service is free for seven years from the time the car is bought).

Additions for grade ‘3’ are an 8-inch touchscreen navigation system with European mapping, a wireless mobile phone charger and an eight-speaker JBL Premium sound system with a 320-watt external amplifier. The top-of-the-range First Edition version also has Autonomous Emergency Braking, Blind Spot Detection with a Rear Cross Traffic Alert and Smart Cruise Control. It may not all make sense, but you can see there’s a lot of it!