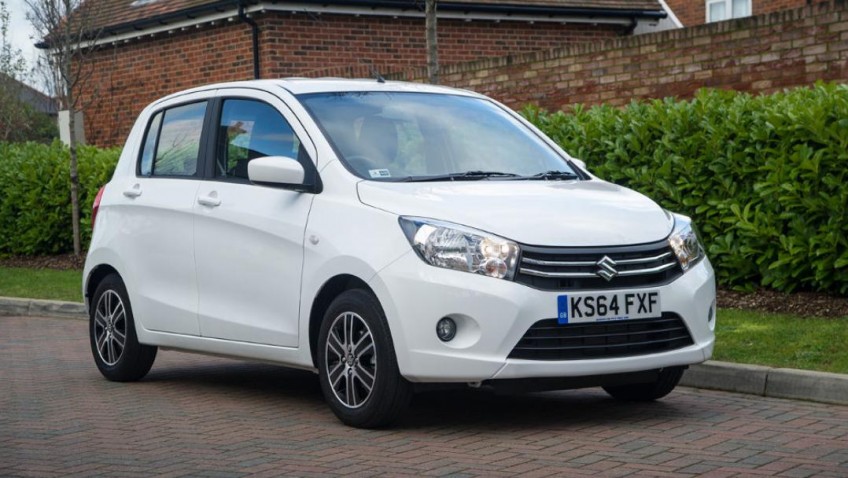 When after-dinner conversations gravitate to talk of cars, Suzuki is not likely to be the first manufacturer’s name to be heard. That’s no criticism of the company’s cars or methods, merely the fact that Suzuki sell many fewer cars than the likes of Ford and Vauxhall.

Since the end of the last millennium, when Suzuki first gained a one per cent share of the UK market, the company’s sales here somewhat flat-lined just above that figure until 2013, when there was a sudden jump, followed last year by their best ever sales of over 1.5% of the UK market – more than 37,000 cars, which is the equal of Mazda. So why now? Well, it’s probably a combination of factors, such as the rapidly escalating fuel price (until the end of last year) which favoured Suzuki’s largely smaller car output, the reputation for reliability which would attract buyers who couldn’t cope with expensive repairs, and a rapidly changing range of models, with arguably something for everyone.

The most recent launches have been of two very different cars – a smallish hatchback and a medium sized Sports Utility Vehicle, which I’ll look at in that order:

The Celerio hatchback is a five-door car built in Thailand, powered by a 1-litre petrol engine with commendably low consumption. Interestingly this is one of the increasingly popular 3-cylinder types, which appeal largely because of the reduced costs involved in having fewer cylinders, and the unexpected quietude of the thing. It will get growly if used hard, but most drivers find they like that occasional sound.

If you know something of the Suzuki range, you’ll be familiar with names like Alto and Splash. The Celerio is sized between the two, and replaces both of them; it’s actually approximately the same size as a Ford Ka. Knowing that, I was surprised to find the rear seat leg and head room was generous, and with luggage space of 254-726 litres the Celerio really does seem to be fitting a quart into the proverbial pint pot.

The 1-litre engine I tried was the only one available at the launch, but shortly after you read this a new 1-litre (called Dualjet) with much improved consumption and emissions will be available; as will an auto gearbox.

To put the Dualjet’s benefits into perspective, the standard engine manages an official consumption figure of 65.7mpg, whereas the Dualjet has a claimed figure of 78.4. As ever I have to say you almost certainly won’t get too near either of those figures, but that’s the government’s test for you. CO2 emissions from the Dualjet are just 84g/km thanks to the introduction of Suzuki’s new technology, and that’s good enough to warrant zero cost for the annual car tax. With this unit, the Celerio will be the cleanest car on sale at under £10,000. The Celerio is a good car to drive, with excellent visibility for the driver and light controls for feet and hands. Seats are comfortable, with good support, and the interior looks stylish, with interesting dotted patterns on seats and front doors, and a curvaceous facia design in dark grey, which looks a lot better than it sounds.

The launch of the Celerio was not without incident. Readers may have heard about the recall that Suzuki made at launch time, following a brake problem which had shown up under the arduous test cycle of a UK magazine. Owners of all cars that had been sold were contacted, and their cars taken back to have the problem fixed.

Luckily not too many cars were involved as the problem was discovered early. More to the point, those owners who were affected seemed unanimous in their appreciation of how well Suzuki had handled the problem – speedily and without fuss. It turned out to be a useful lesson to all manufacturers in how to tackle such events, and paradoxically Suzuki have possibly therefore done themselves no harm in the process.

Two trim grades are offered (SZ3 and SZ4), and the level of equipment is excellent for a car of this price. The SZ3 comes with front, side and curtain airbags, plus ESP (Electronic Stability Program). In fact ESP is now standard on all new cars in Europe, and as I’ve mentioned before in Mature Times, this is remarkable technology that genuinely makes the car safer, however skilled or unskilled the driver. Other SZ3 standard equipment includes electric front windows, trip computer, air con, digital radio, and a CD tuner with USB connector. The new Vitara is a very different car, aimed at those who either have cause to believe in the need for off-road driving, or simply want the well-publicised benefits of an SUV. A Sports Utility Vehicle has inherent qualities of rugged looks and a high commanding driving position that gives many drivers the feeling of control they simply don’t enjoy in the average family car.

It’s worth saying here that this doesn’t necessarily mean such drivers are programmed to go off into the boondocks at the first opportunity. It may be just that their daughter has married into a farming family, and getting to the farmhouse in winter, up a steep muddy rutted track, requires something more than optimism and a Celerio hatchback.

Having said which, SUVs are not all equipped with four-wheel drive. Suzuki offer seven different versions of the Vitara, only two of which have 4WD. So if a high driving position and chunky body design appeal, you don’t have to fork out for the benefit of 4WD if you’re never going to need it. The cost of the 4WD option is £1,800.

Power for the Vitara is via a petrol or diesel 1.6-litre engine. As you’d expect the diesel offers vastly better fuel consumption, with the two-wheel drive diesel topping the pack at 70.6mpg; the best figure from the petrol versions is 53.3. If you are going to be off-road regularly then the diesel would be the natural choice, as the greater torque of the engine will enable easier extrication from unexpected situations. However, there’s a price to pay when comparing the diesel to the petrol versions – £1,500 more on the cost price to be precise, though that includes a 6-speed gearbox in place of the petrol’s five. Auto transmission will be available – with petrol engines only – from this summer. My notes about the Vitara test drive are almost universally positive. Here’s a species of car that years ago one expected to lean into bends, be noisy, slow and bouncy. None of which is the case here. The new Vitara feels as easy to drive as the Celerio; our diesel test car sounded as refined as you could want, and the ride was remarkably comfortable. There’s little difference in performance between the two engines, and the diesel felt more than capable of keeping up with the traffic.

The range of body colours is convincingly bright; Suzuki don’t want their new model to fade into the background. Our car was finished in a strong blue, a colour which was carried through to the cabin, where it was used to brighten the facia and gauge surrounds. The result was cheerful, and actually rather tasteful.

Off-road driving was limited to a none-too-arduous track with mild climbs and descents. The Vitara managed it all with ease, but I’d have been shocked if it hadn’t. The 4WD system is a switchable one with four modes. Here are the Suzuki explanations: The sport mode is optimal for twisty roads. The system makes maximum use of four-wheel drive in accordance with accelerator inputs. At low and mid-range engine speeds, the system alters the accelerator/torque characteristics to optimise engine response and cornering performance.

The snow mode is optimal for snowy, unpaved, and other slippery surfaces. The system uses four-wheel drive by default. It optimises four-wheel-drive control in accordance with steering and accelerator inputs to promote traction and stability on low-friction surfaces.

The lock mode is for extricating the car from snow, mud, or sand. It effectively limits any slipping wheel and transfers the torque to the gripping wheels.

The Vitara was first launched way back in 1988, and the latest version was known as the Grand Vitara. Going back to the original name (losing the ‘Grand’) this new sixth generation is superior in many ways, and it’s priced to take on and beat the SUV opposition. Suzuki reckon that roughly three-quarters of their sales will be 2WD cars, and they reckon that their biggest ever TV advertising campaign will make that a pretty large number of sales. If you’re interested in getting an SUV, I genuinely believe the new Vitara will take a lot of beating for the price. A road test will be time well spent.