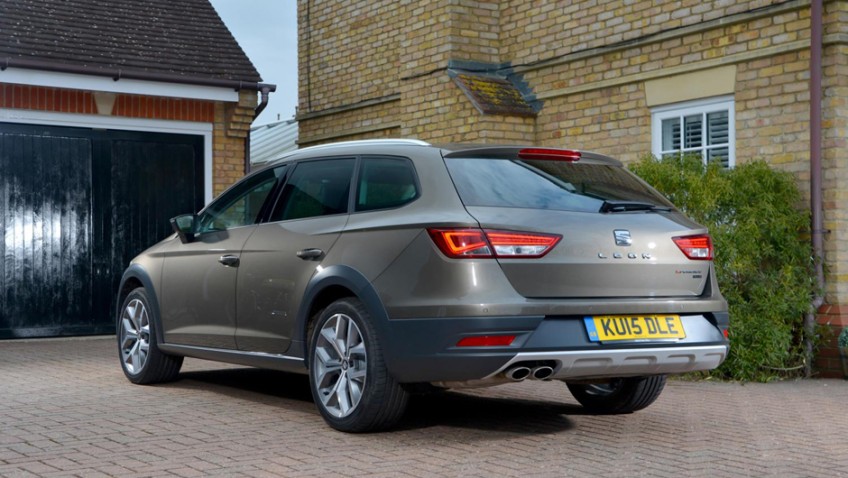 Two new vehicles with four-wheel drive from SEAT and Volvo

The popularity of four-wheel drive cars varies constantly. It’s obviously at a maximum in the depths of a British winter, when snow-laden roads can seem less daunting if all your wheels help to keep you going. But other factors affect demand too, and the chief one of these is the growing number of cars that have 4WD but don’t shout about it. I’m talking here about estate cars and ‘Sports Utility Vehicles’ as they’re known which offer either permanent or switchable 4WD. Two recently launched cars illustrate the point, and both of them use the increasingly popular Haldex system, which automatically switches between two- and four-wheel drive as the need arises.

On a dry straight tarmac road at constant speed, almost all the power is distributed to the front wheels, thus maximising fuel economy. However, on corners or when accelerating, or on damp roads, varying proportions of torque are automatically and instantly diverted to the rear wheels to boost traction, handling and safety. In extreme conditions, virtually all of the torque can be sent to the rear wheels.

SEAT Leon X-perience
The X-perience is a new version of the Leon ST, which is the company’s estate car model in the Leon line-up. It sits at the top of the Leon range, aimed at buyers who might have considered an off-road motor, but really don’t want the expense and clumsiness of a traditional big 4WD car.

The new SEAT has the Haldex system and extra ground clearance to cope with occasional forays into the rough stuff, but it looks more like a standard estate car that won’t penalise your pocket as severely as would a chunky off-roader. As we all know, the actual mileage spent off road in such cars is a very small percentage of the total.

There are two possible specs for the X-perience, called SE and SE Technology, and both are on the generous side with their equipment lists. Alloy wheels, body coloured mirrors/door handles, sports seats, climate control, electric windows, parking sensors, cruise control and a load of safety features that includes front, side, curtain and driver’s knee airbags, Stability Control, Tyre Pressure Monitoring, and so on.

The SE Technology version offers a lot of what you might expect – automatic LED head and tail lights, plus auto wipers for example. Less impressive is the colour choice, which for both models is red unless you pay extra.

Power comes from a 2-litre turbodiesel with choice of two states of tune – 150 and 184PS; there’s no petrol alternative. With the more powerful motor you get the six-speed DSG transmission, which is the Volkswagen group’s very successful ‘clutchless manual’ gearbox. It gives the option of selecting gears – between which it changes with remarkable speed – or just leaving it in auto to do its own thing, which is what most owners do after a fairly short time. Because it essentially works like a manual box, with automatically operated clutch (actually two of them), fuel economy is vastly better than a normal auto box can manage.

I started with the lower powered engine, and headed out into the Gloucestershire countryside where the launch was based. It took very little time to realise that this lesser engine was ample for the job; it never felt strained. Normally I’d say that you get better consumption with the less powerful engine, so slightly less performance is a price worth paying. Here I can’t do that, because the official combined consumption figures are identical for the two engines.

It’s an easy car to drive, with ample assistance for all the controls. SEAT’s cars always handle well, and the X-perience continues the tradition. Ride is on the firm side, but not uncomfortably so (as much as anything this is probably down to the firm seats which I found needed full lumbar adjustment to be comfortable). Visibility is pretty good all round, thanks to a low set rear window that aids parking.

Both engines make little noise, but there’s a fair bit from the tyres. SEAT had provided a short section of off-road test, but in all honesty you could have driven it easily with 2WD, or a moped come to that. It was, however, the type of easy terrain that owners might well be using, so was a valid test, passed with aplomb by the X-perience.

Interior room is impressive, with loads for legs and head wherever you sit. I like the interesting addition of colour velour to the seats and doors, matching the body colour – Adventure Brown in our case. And there are plenty of good sized pockets and compartments to swallow all the motoring junk that gradually builds up in our cars. As this is an estate you’d be expecting plenty of luggage space, which you get: 587 litres before the seats are folded. There’s also a moveable floor which can either create a hidden storage space underneath, or be removed to maximise volume.

Motor manufacturers like to stress the amount of work and money they put into reducing their carbon footprint. SEAT are no exception, but they do have good reason to be shouting about the effort put in recently. Just over a year ago they completed the final phase of the ‘al Sol’ project, which has placed 53,000 solar panels on the roof of their Martorell factory in the outskirts of Barcelona. These cover an area the size of 40 football pitches and generate 15 million kWh of electricity per year – enough to produce a quarter of current yearly Leon output.

Volvo XC90
The XC90 was first launched in 2002, since when it’s become one of the company’s best sellers – in some countries in some years the number one. It has the standard outline of an SUV, of which there are now legion, but the latest model is a totally revised car. The main change is to the platform, which can be thought of as the bits on which the car sits – the floorpan, axles, suspension and so on. Volvo call their new platform ‘Scalable Product Architecture’, and by moving the elements of it fore and aft and changing their settings, it will be the basis of new medium and large cars from the company for many years to come. 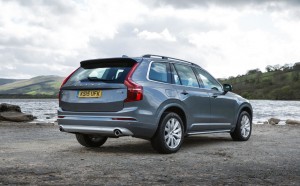 Volvo is deservedly known worldwide for its safety record, so it seems appropriate to fill in some safety details. They were for instance the first company to introduce safety belts onto the mass market, a fact clearly stated on this new car with the words “since 1959” on the belt buckles. The full list of safety equipment on the XC90 would need a sizeable book to detail, but unsurprisingly the company describes it as “the safest car Volvo has ever made”. Fitted as standard is a raft of city safety technologies, including autonomous emergency braking, pedestrian and cyclist detection and front collision warning, all enhanced from previous versions to now operate in darkness.

Engines available are new, and are of 2-litre capacity with four cylinders. These are smaller and have fewer cylinders than those of the previous model, but performance, power and emissions have all been improved. The diesel offering is called D5, and features a combined fuel figure of 48.7mpg; the T6 petrol alternative is supercharged and turbocharged, with a fuel figure of 35.3mpg. Top of the range is the plug-in hybrid T8, which has petrol and electric motors combining to offer huge performance and excellent fuel economy for owners prepared to do a lot of recharging.

The XC90 is fitted with seven seats as standard, the theory being that the XC60 offers the five-seat option, so there’s little point in doing so again in the larger XC90. You expect to feel safe in a Volvo, and in our D5 test car we certainly did; there’s a comforting solidity about the car, evident from the moment you close the door. What was surprising however was the handling. Suspension can be either standard spring type, or the optional adjustable air suspension.

My first car had that option, and the feel of it was truly remarkably good for so large a car. It features five modes:

It really is a splendid system, but having afterwards driven a car with the standard spring suspension, I was almost equally impressed with the handling and feel of that. However, the convenience of Easy Entry offered by the air suspension could for many buyers be a complete game-changer that makes even a drive to the shops something to be enjoyed rather than suffered.
It’s an easy car to drive, with auto gearbox as standard on all models.

Visibility is good to front and sides, but a touch cluttered to the rear. The three mid-row seats can be reclined and slid back and forth to optimise leg room here and in the rear two seats. Getting into those back two isn’t too awkward, but adults who do sit here will need to be not too tall, and not there too long.

All models are well equipped, with sat nav, 9” touch-screen, ‘CleanZone’ air quality, hands-free tailgate opening, keyless entry and drive, leather upholstery, power driver’s seat and DAB radio. There’s just one caveat, and that’s the price tag. Base price is £45,750, with the top T8 model coming out at £63,650. Options too, such as metallic paint at £700, are pricey. It’s a lot of money, but it is a lot of car.