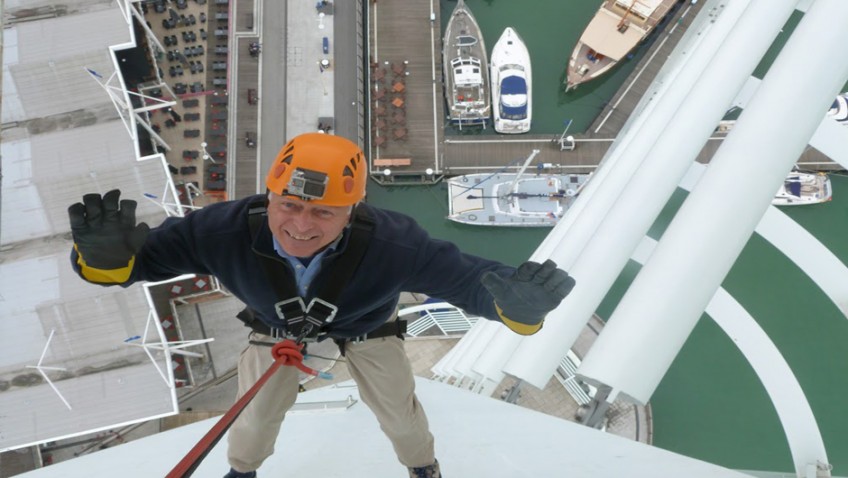 What makes 40 well-balanced, intelligent third agers decide to face the challenge of abseiling down Portsmouth’s 100 metre high Spinnaker Tower as they did at 8 am on a sunny morning in mid May?

The charity fund-raising venture initiated by Weston Turville U3A (University of the Third Age) is not the first extreme activity its members have embarked on. The group had previously climbed over the O2 arena and is due to go ‘Blokarting’ this autumn on the sands at Weston-super-Mare. They also have a penchant for skydiving.

The reason they indulge is simply because they want to and because they can – and there is no reason why age should be a deterrent, they insist. Adrian Randall, the organiser, says: “We set up ‘Extreme Events’ about two years ago and the format is really only to offer a sampler of activities people may not have experienced before.”

Neighbouring Waterlooville U3A in Hampshire has also caught the bug with events including indoor archery. And, not to be beaten, Oxton, Prenton and District U3A member Gerry Riley has just abseiled down Leasowe, Britain’s oldest lighthouse, built in 1763 – to raise money for a Wirral Hospice. 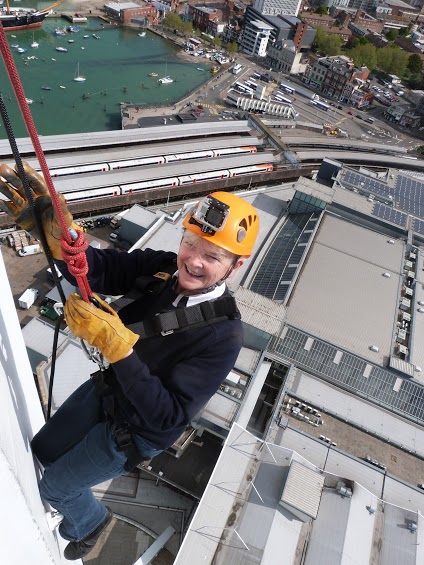 Such extreme activities are, however, just the tip of groundswell in sports for learning and leisure activities offered through the 950 U3As around the UK.

There is everything from Pilates, Yoga and the strenuous and relatively new challenges of “walking” football and basketball to badminton, tennis and cricket. U3A regional organisers reporting the rise say there is a clear perception of the need to stay fit if they are to stay healthy. There is also the desire to seek out companionship through common pursuits with like-minded people, they say.

Barbara Lewis, national chair of the Third Age Trust which oversees the autonomous U3As, says it is also about the way this generation sees itself – a way no previous one has done. “My age group don’t think of themselves as old. Other age groups might think we are old; we don’t. So, doing active things is just natural, not special. Who determines what ‘old people’ should do anyway? We do what we want to do.”

Jenny Carley, the Trust’s North West Region Trustee, sums up what many members have said: “The increase in participation in sports is in my opinion due to the awareness that we need to keep fit and we are fitter in mind and body than any previous third age generation. The world has been changing fast; we coped with the change in our working lives by being open to new ideas, many of which were challenging. In our third age we continue to take on challenges, albeit it different ones. We still enjoy that sense of achievement we had in our working lives. You could call it the adrenalin rush when one achieves a goal, no matter how small.”

The limiting factor for the U3As is, or might have been, its ethos which largely precludes the hiring of expert tutors. The learning is informal; there are no campuses; teaching and learning takes place anywhere from hired halls to peoples’ lounges. Moreover, the members themselves decide what to learn, what to teach and what fees to pay.

The U3A is, however, the UK’s fastest growing learning organisation, with recruitment shooting up from 250,000 to almost 400,000 in the past eight years and a continued rise to 500,000 expected by 2017. Not surprising then to find large numbers of former sports specialist and retired PE teachers among their number providing all but free tuition. Membership in many U3As is as little as £30 a year, with minimal costs of premises. 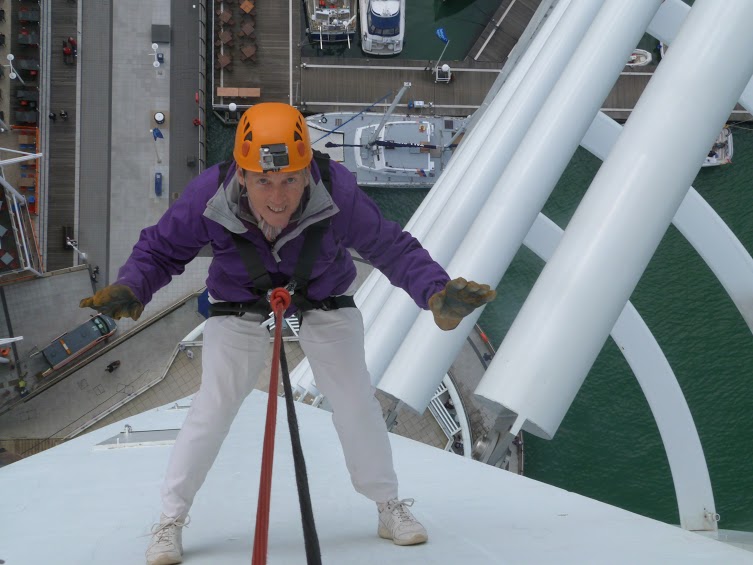 Hilvary Robinson, South East Region Trustee, says: “Unless the U3A have a qualified instructor who is a member, this can be a very difficult area for them.  I am very lucky that Lymington U3A has a qualified Yoga teacher who is also a member of our U3A so that we can continue to learn.”
While the rise in team and extreme sport is significant, “individual” pursuits such as walking, cycling, swimming, even mountaineering, dominate U3A activities.

Often such pursuit leads to richer rewards of the mind as well. For example, Mike Irving of Congleton U3A has cycled the Rhine valley – and is currently cycling the Loire – on annual trips to the Alpes/Pyrenees to watch the Tour de France. He is now author of ‘Le Tour’ de Yorkshire – Out ‘n Back, a cycling guide to last year’s Tour de France stages in Yorkshire. He leads a group of U3A cyclists who recently did 49 miles around the Lake District, followed next day by reaching the summit of the highest mountain on the Pennine Way from Appleby (Great Dun Fell) and, in the process, “None of us have been professional cyclists and many of the group are well over 60,” he says.

All the activities illustrate how rigorous exercise leads to longevity. Ambleside and District U3A Climbing and Scrambling Group meets most Friday mornings at the Ambleside climbing wall. Members are mostly in their late 60s or older. The oldest says he hopes still to be climbing to 5a [high] standard when he is 80 next year.

And as Mature Times was going to press, a member of Woodall Spa U3A was doing a 10,000ft sky dive to raise money for charity. Meanwhile, a group of members from Cheshunt U3A in Hertfordshire was braving the Olympic White Water Rafting experience (it is on their doorstep).

Finally, it is the social side of such activities that matter so much to U3A people, an aspect too often lacking in commercial gymnasia that are seen increasingly as essentially money-making exercises. “It is not rocket science to state that gyms are expensive and we don’t all look good in lycra,” says Jenny Carley.

“If you have ever been assessed at a gym by a fit younger person, however hard they try, you observe the turning down of the tread mill speed, taking off the weights on the arm strengtheners, the warning if you feel dizzy etc., you are already depressed before you start. Then there is the person next to you on the tread mill, sweating, puffing and no time or energy to talk.”