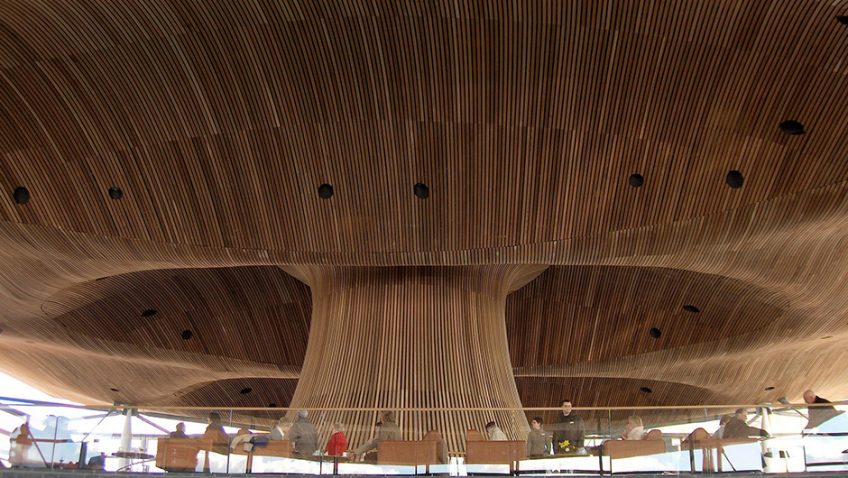 Those of you who read my monthly travel columns will no doubt recall that recently I have written about both Edinburgh and London, two cities in which I have been fortunate enough to live, as well as enjoy as a visitor.

In the interests of harmony, therefore, it is only fair that this month I should write about the capital of Wales. Cardiff is the only capital city on the UK mainland where I have not lived; however, I have visited many times and I have worked there for a period, so it’s fair to say that I have a knowledge of the city from both a professional and a personal perspective.

A little bit of history

So let’s begin with some history. It wasn’t until 1905 that Cardiff was granted city status by King Edward VII and it was only proclaimed the capital of Wales in 1955. However, its history goes back much further than that, with the first traces of the city forming around Cardiff Castle, where work began under William I, King of England, in the late 11th century. Today, the castle is an integral part of the city centre. 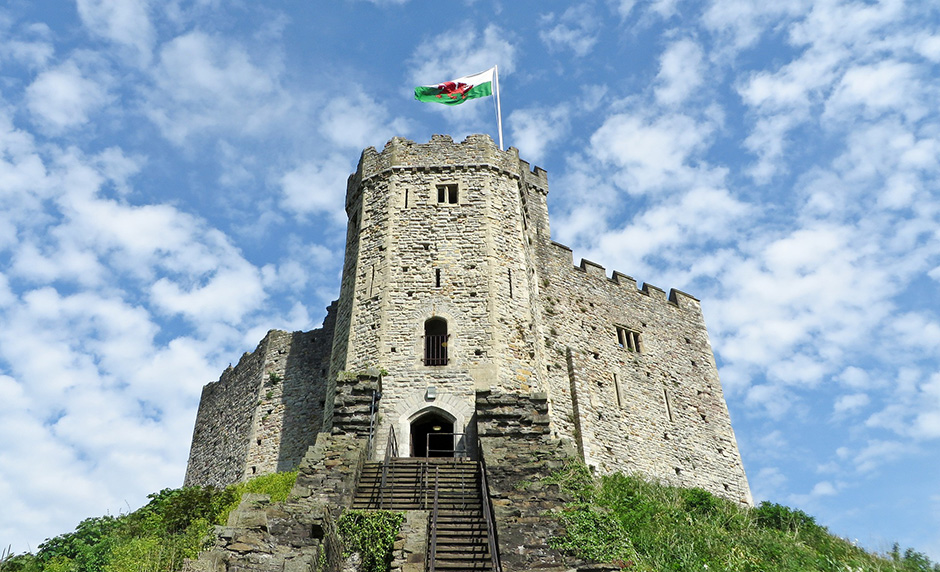 Cardiff is a compact city that is easy to navigate. What’s more, it is relatively flat, making it nice and easy for those, like me, who like nothing more than a good ramble and roam around.

Sport is a big thing for the Welsh, especially rugby, and Cardiff is almost unique in the fact that it is one of the few capital cities that has its major sporting stadium smack bang in the centre. In fact, if you come to the city by train, you can walk out of the station and stumble upon it, in all its glory. It’s now known as the Principality Stadium and is the home of Welsh Rugby.

From here, if you walk up the helpfully signposted Westgate Street, you will come to Cardiff Arms Park, still a functioning rugby stadium and home to Cardiff Blues, the professional rugby team.

Once you reach the end of Westgate Street, cross over the busy Castle Street and you enter Bute Park, with the imposing Cardiff Castle on your right and the serene River Taff on your left. Within two minutes of being in the park, I guarantee you will have completely forgotten that you are in the heart of a capital city. This is a lovely green open space to just wander and explore, especially on a nice sunny day.

Alternatively, you could walk along the bank of the River Taff, following waymarked trails through the woodland. The park is famous for its trees and there’s plenty to see until you reach the junction of the Taff with the Feeder Canal. From here, turn right and follow the bank of the canal, which will take you all the way back to Cardiff Castle and Castle Street where you started – a great way to while away an afternoon.

Another thing that’s worth doing is taking is a trip down to Cardiff Bay. Many of you will remember its previous name, Tiger Bay, not to mention its most famous former resident, Shirley Bassey. Back in the day, this was a notoriously hard and dangerous part of the city in which to live. It was developed to serve the Welsh coal mining industry and by 1913, nearly 11 million tons of Welsh coal were exported from here. The docks became so successful that at one point, their owner, the 3rd Marquess of Bute, was said to be the richest man in the world. 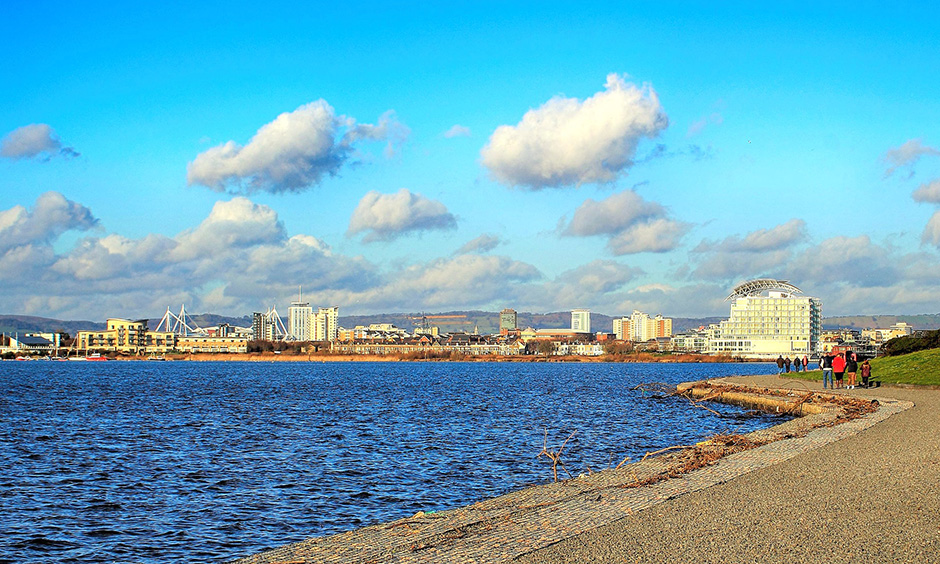 But the docks fell into disrepair as the decline of Welsh coal mining began to bite and so some 30 years ago the biggest regeneration project in Welsh history was commenced in order to turn what was once Tiger Bay, into Cardiff Bay.

Nowadays, the area is vibrant and is one of the most popular parts of the city, especially for tourists; it is packed with things to do. For me, just walking by water is so calming, and there’s certainly plenty of that for you to stroll by.

If you want to get closer to the sea, you can take a boat trip; plenty of them go from Mermaid Quay. Or, take a walk to the iconic St David’s Hotel – you can’t miss it, it’s probably the tallest building in the area.

From the St David’s Hotel car park, a gravel walkway will take you to the wetlands nature reserve, which was specifically created to provide safe breeding grounds for the many birds that populate the Bay area – there’s a long boardwalk that you can stroll along until you reach the viewing area – again it’s hard to believe that you are still in the centre of a capital city. 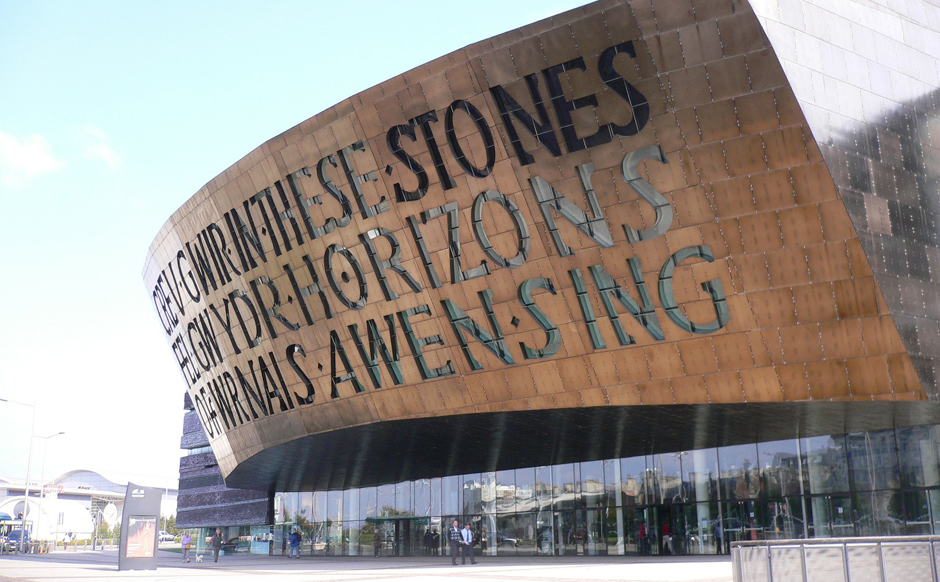 The Bay is also home to some spectacular architecture: from the modern to the ancient, you can’t fail to notice many fascinating buildings as you walk around. Whether it’s the Senedd, home of the Welsh Assembly, the Millennium Centre, which is home to the arts in Wales, or one of the smallest buildings in the area – the Norwegian Sailors Church, there’s plenty on which to focus the eye and the mind.

The great thing about it all is that you can enjoy an eclectic mix of nature, open spaces and water, but you are never far from the hustle and bustle of a city. While Cardiff offers many sites and attractions that you’d need to pay for, you could quite easily spend a couple of days exploring and only need to buy refreshments, should you so wish. Happy wandering!