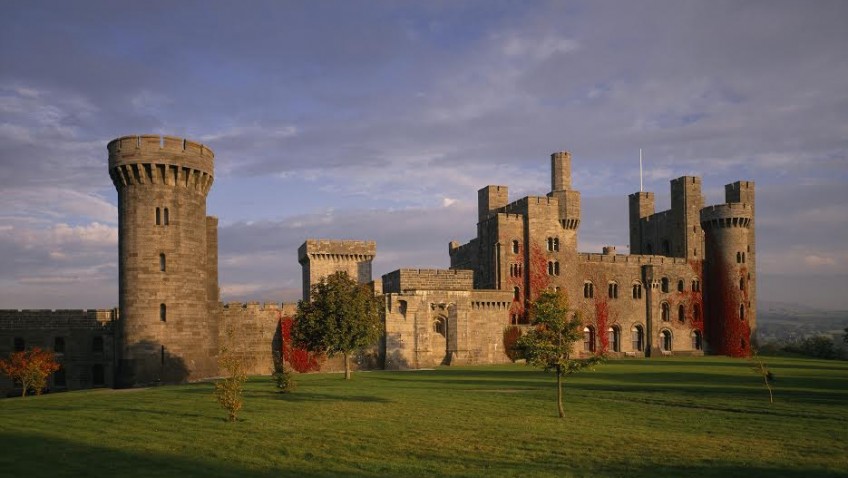 The beauty of North Wales

A trip to the beautiful northern coast of Wales was a delight and surprise. Having started off in the coastal towns of Prestatyn and Rhyl before moving along the coast, I was sadden by the dilapidation of the towns that were once the summer playgrounds of visitors from the industrial towns of Lancashire and the Midlands. The beaches are magnificent and perhaps I was not seeing the seafronts and endless caravan parks at their best, it being out of season. The relative  cheapness of beach holidays in the Med, with more or less guaranteed sunshine, have surely had a detrimental effect on these resorts.

Moving further along the coast to the more elegant resorts of Llandudno and Colwyn Bay with their authentic Victorian architecture. Llandudno’s pastel coloured hotels, tramway and cable cars are almost unchanged from 100 years ago and it boasts the longest pier in Wales. The refinement of the town is reflected in its shops and restaurants. I felt as if I should be dressed in a gown and carrying a parasol. However, the towns still cater for the modern visitor and a trip to the cutting edge art gallery, the Mostyn is worth the time. The area boasts plenty of Welsh history and there are castles a plenty to highlight the struggles against the invading English. Happily, now all is forgiven and we are welcomed to enjoy the delights of this area.

We moved further west to visit the famous university city of Bangor and a truly spectacular castle that is not an antiquity but a holiday home masquerading as an ancient fortress.

Penrhyn Castle is now a National Trust property but was previously owned by the Pennant family, who made their money from their Jamaican sugar plantations and the local slate industry. The current Penrhyn Castle was built between 1820 and 1833 for George Hay Dawkins Pennant by the famous architect Thomas Hopper.

Known for his unorthodox style, Hopper opted not to follow the fashion for Gothic architecture. He went against the grain, choosing a neo-Norman design. Hopper’s hands-on approach also meant he oversaw the designing and building of the castle’s furniture, made by local craftsmen.
In 1840, with the castle finished, George Hay Dawkins Pennant died. His daughter, Juliana, inherited Penrhyn.

She, in turn, married Edward Gordon Douglas. He later became the 1st Lord Penrhyn of Llandegai.

The slate quarry at Bethesda was involved in one of most famous episodes in industrial social history when the miners held a strike in 1896 and there is still bad feeling between the family and the descendants of the miners today.

Through all the turbulence the castle was less of a house and more a statement of family power. Penrhyn was built to look like a Norman castle, and in its lavish decoration great efforts were made to avoid any notion of industrial production. With lavish decoration and elaborate decoration this show of opulence must have been an insult to the local workers.

Today it is a monument to the lavish ostentation of the Victorian plutocracy but now on display for all to enjoy with its beautiful grounds and gardens and the incredible views across Snowdonia. Visitors can also experience the well laid out Victorian kitchens and study the rolling stock in the Railway museum.

This intriguing holiday home is well worth a visit and the spectacular countryside of this part of Wales makes this a place for your attention.