Home / LIFESTYLE / REVIEWS > / FILM REVIEWS / Can you become a new person at 60? The late Robin Williams assumes a role he could not play in real life 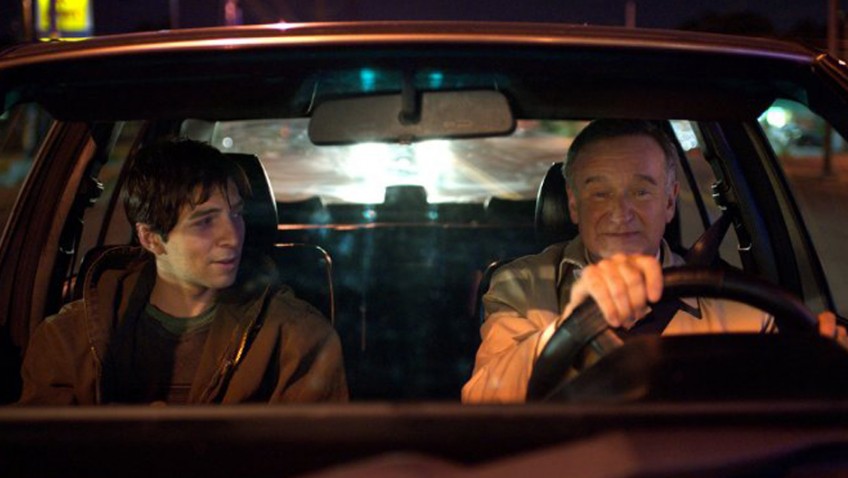 Can you become a new person at 60? The late Robin Williams assumes a role he could not play in real life

Coming-of-age movies, from Stand by Me and The Prime of Miss Jean Brodie to American Graffiti, Great Expectations and The Graduate have traditionally been the preserve of the under 25s.   But a new type of coming-of-age movie is emerging where men and women over 50 evaluate their lives and meet, for the first time, the person they really are.

Earlier this year, 67-year-old Richard Gere portrayed a controlling, drug-addicted, needy philanthropist who had to face himself in the mirror and change his life in The Benefactor.   A corollary to this theme is whether it is too late to make significant life changes; whether it worth the upheaval and the risks. This week sees the release of Boulevard, starring the late Robin Williams in what really is his very last, though not his very best, film. Dito Montiel’s competent direction is supported by Douglas Soesbe’s intelligent, intricate yet commendably compact screenplay that is full of foreshadowing and refreshing subtlety.

Boulevard also benefits from sensitive performances an interesting twist to the mature coming-of-age story. Here, a 60-year-old man decides it is not too late to ditch his old life and begin anew while his long-suffering wife of many years clings to the status quo.

Williams plays Nolan Mack, a 60-year-old loan advisor at a branch bank in a mid-western town. He wakes up in a single bed in his own bedroom, but he has a wedding ring on his finger.  The man is not a widower. His wife Joy (Kathy Baker) is not only alive, but already awake in the bedroom next door where Nolan delivers her tray with coffee.  Montiel ensures that we often see Joy in her large bed surrounded by books or watching television, as though she were a physical invalid rather than the psychological invalid she really is.

In addition to a long life together, the childless couple share an interest in movies, books and in cooking, and both enjoy the company of Nolan’s younger friend Winston, an English professor with a new young student girlfriend.  We only learn later in the film that Nolan and Winston had once planned to go off to NYC together both full of creative projects and lofty goals that have not been realised.

One night, after visiting his dying father in a nursing home, Winston returns home along the same route he always takes, full of street walkers and curb crawlers. But this night, with thoughts of his own mortality weighing on his mind, he does not drive by.  He stops to pick up a handsome, young male prostitute named Leo (Roberto Aguire) and they go to a motel. Nolan tells Leo that he has always liked motels because they mean you are somewhere else.  Nolan is not out for sex, however, telling a wary Leo that he will pay him handsomely just to talk and to look.

If Nolan’s feelings of a protective father do not quite gel with a closet homosexual who has not had sex in years, they make more sense if you think of Nolan as a person coming off a hunger strike, who is fed tiny portions so that he can keep it down while stretching  his appetite. Ostensibly, too, Nolan wants a life companion, someone like Winston, if not the male equivalent of Joy, and presumably not an underage and uneducated hustler.

When Nolan impulsively stops the car for Leo, he embarks on a journey from which there is no return.  His life becomes a spiral of lies; reckless risks and embarrassing and self-destructive actions that cause his friends and his boss concern.  Guilelessly, Nolan gives Leo his mobile phone number and buys Leo a phone with just his number in it.  He returns home at all hours and provides Joy with silly excuses. He sabotages his chances of a long awaited promotion.  It’s as though Nolan were intentionally killing off the reliable, predictable, grounded banker that everyone knows in order to reduce the shock of the final revelation. As a character, Joy is more complex than Nolan.   A woman who compromised her career in order to avoid the stress and confrontation of a fulfilling professional life, she clings to the same safe existence that Nolan is longing to abandon for a life of uncertainty.    ‘We can make it work,’ she pleads quietly, knowing she is wide of the mark. ‘It has never worked,’ Nolan states with an honesty that neither of them are accustomed to. Admirably, the filmmakers eschew sentimentality to give more power to the couple’s intense, beautifully acted climactic scene.

With the exception of this scene, however, Boulevard never explodes and clings to you. Nolan’s bedside confession to his estranged, semi-conscious father, though clearly valid, is familiar to the point of cliché.  The character of Leo is problematic, too, as he is less important in the film than you might expect of a pivotal character. We don’t know what to make of him.  Men are always trying to reform their fallen women, and Nolan’s relationship with Leo seems as familiar as it is predictable. Unlike Julia Roberts’ character in Pretty Woman, however, Leo does not turn out to be a diamond in the ruff.  In an interview, Robin Williams called the film a love story, but Leo is merely an instrument that will enable Nolan to find love for the first time.

The excellent performances from Kathy Baker (Take Shelter, The Right Stuff) and Bob Odenkirk (TV’s Fargo, Nebraska) – who provides the comic relief – make Boulevard more than a star vehicle, but this is Williams’ film.  While he is known for his comic roles, directors have been tempted to cast Williams in serious roles, such as the therapist in Good Will Hunting, or the sociopath in Insomnia, and in the excellent One Hour Photo.

There is something different, though, about Williams’ role here, with his forlorn, pleading look, his self-effacement and his eyes squinted as though he is afraid to open them.  Nolan has summoned the courage to salvage what is left of his life whatever the cost.  Joy, who tries to hold Nolan back, does not believe she has the strength to start over.  Sadly, in real life Robin Williams did not believe it either.