Home / TRAVEL / DAYS OUT / Full steam ahead at Riverside Museum 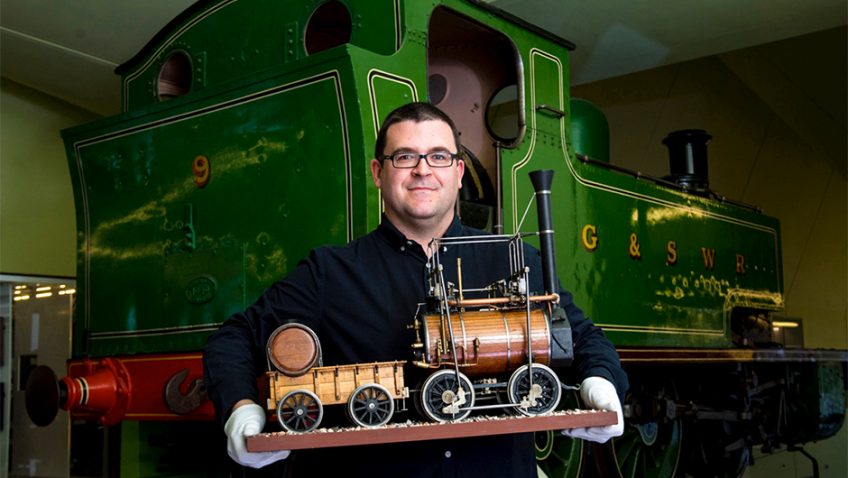 Full steam ahead at Riverside Museum

Riverside Museum is Scotland’s museum of travel and transport and is renowned for its world-class ship model collection. A new display exploring more than 200 years of Glasgow’s train building heritage has now opened at the museum, Looking at Locomotives. To mark 50 years since steam engines stopped running on mainline railways across Scotland, Glasgow Museums has curated a presentation exploring the history of locomotive and steam powered transport in Glasgow.

Looking at Locomotives is an opportunity for visitors to discover more about some of the exquisite railway models in the city’s collection, which rival the maritime models in quality, variety and interest. On show are 11 models of Glasgow built locomotives, allowing visitors to trace the history of railways in Scotland from its earliest days in the 1830s to the development of electric and diesel transport in the 1960s and 1970s.

Chair of Glasgow Life, Councillor David McDonald said: “To mark 50 years since the end of steam on mainline railways in Scotland we are delighted to open our newest display at Riverside. It showcases some of our incredible railway models and related objects, many of which have not been seen for decades. They are wonderfully detailed and show the huge developments made over 200 years of railway technology and engineering ingenuity.

“The models were built for the railway companies as examples of their life sized products or by skilled amateurs. Their display contributes to the story told at Riverside of Glasgow’s industrial heritage and how the city’s engineering expertise was exported across the globe. Only 100 years ago Glasgow produced more steam locomotives than any other city in Europe and these models are a lovely introduction to this great industry, an industry which helped put Glasgow on the world map.”

Models on show include the steam road carriage built by Ayrshire born William Murdoch in the 1780s; the first steam locomotive built in Glasgow in 1831 by Murdoch, Aitken and Company for use on the Monkland and Kirkintilloch Railway; and the Caledonian Railway locomotive No. 903, ‘Cardean’, a famous class of locomotive used to pull fast passengers services on the West Coast Main Line and the largest model on display. Moving forward in time there is a three-carriage model of the famous Glasgow ‘Blue Train’, the electric trains introduced in Glasgow in 1960 that revolutionised regional passenger transport.

Four full-sized locomotives will be on display to bolster the railway model collection, including the South African Railways locomotive 3007, which holds the title of largest object in Riverside – and indeed Glasgow Museums – entire collection.

As Scotland’s award-winning transport and travel museum, Riverside Museum tells the stories of the people behind the vehicles and ships on display. Other highlights include a recreated Glasgow street from 1900, complete with shops, pub and subway station.

Riverside Museum is free to visit and is open from 10am to 5pm every day, except Friday and Sunday when the museum opens at 11am. For more information, please visit:
www.glasgowlife.org.uk/museums/venues/riverside-museum or telephone: 0141 287 2720