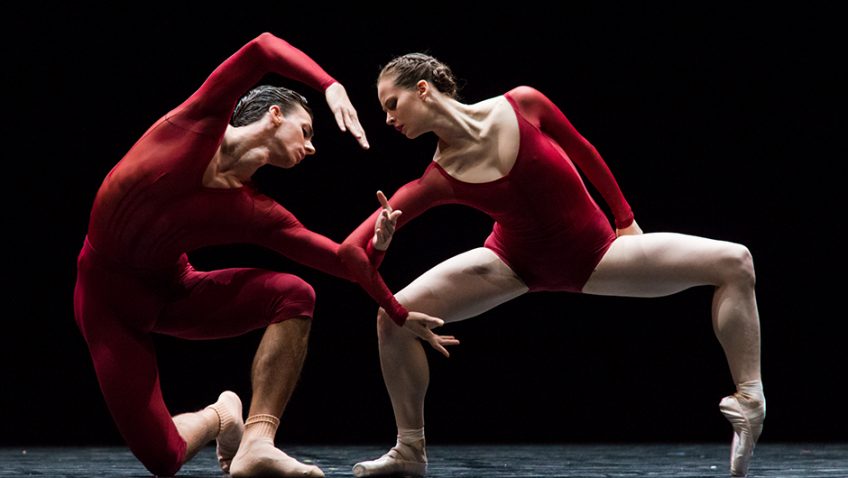 Choreographer William Forsythe pushes the boundaries and breaks the rules

Semperoper Ballett, based in Dresden’s magnificent opera house, makes its first appearance at Sadler’s Wells Theatre in a triple bill by William Forsythe.

Forsythe pushes the boundaries. He breaks the rules. He needs flexible dancers. 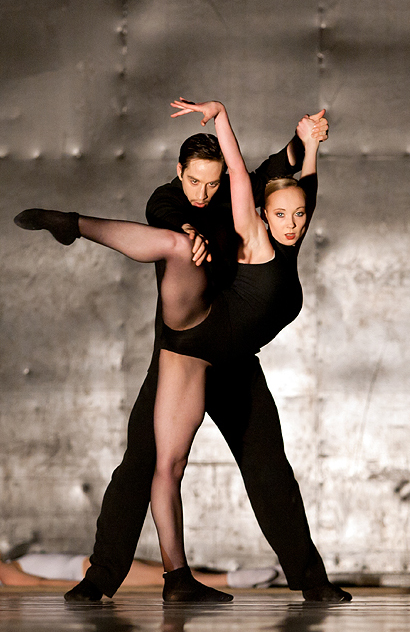 Anna Merkulova and Max Genov in Enemy in the Figure

In the Middle, Somewhat Elevated

The programme begins with his most famous work, a modern neoclassic. The dynamic, deconstructive, off-kilter choreography had an instant impact at its premiere in 1987 in Paris.

It was said that ballet would never be the same again. The nine dancers, slick and casual, respond to Thom Willem’s rhythmic, electronic, industrial, brutal, crashing score with a sharp edge and exciting bursts of virtuoso energy.

Neue Suite, which premiered in Dresden in 2012, is a collection of pas de deux from different pieces from 1987 to 1999 and they are set to music by Bach, Berio and Handel.

There are eight intimate, lyrical duets for gender-equal partners, but there is no narrative. The suite goes nowhere. I enjoyed the final duet most.

Enemy in the Figure

Enemy in the Figure, which premiered in Frankfurt in 1989, is a mixture of chaos and order, light and shadow, and is danced to an electronic score by Thom Willem.

A curving wooden screen is on stage. A rope has a life of its own, palpitating on the floor. A floodlight on wheels is manipulated by the dancers.

There are eleven dancers. The movement is fast, energetic, strangely angled and fragmentary. The body language is full of unexpected and erratic shapes. The lighting plays a key role.

There is as much going on at the sides of the stage as there is centre-stage. The dancers seemed to be improvising too much and the longer they went on the less interesting they became.