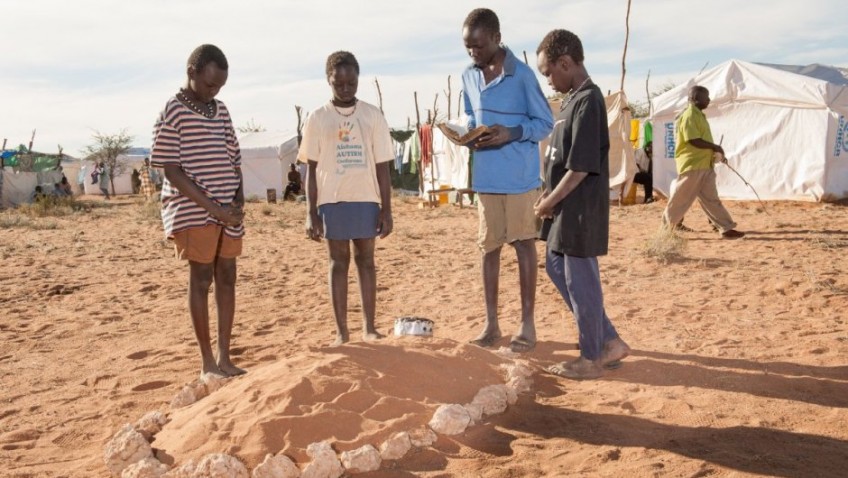 A struggle for readjustment in The Good Lie

The Good Lie is a fact-based drama directed by Philippe Falardeau, best known for ‘Monsieur Lazhar’, his 2012 film that was nominated for an Academy Award in the foreign language category.  The Good Lie is a primarily English language film about the 3,600 so-called ‘Lost Boys’ (and girls) from the civil war-torn Sudan.

These lucky few were plucked out of Kenyan refugee camps by a US government resettlement programme in the 1990s. Falardeau blends tragedy, pathos and humour with a generally credible, if perhaps sanitized,  portrayal of a refugee’s experience and enticed good performances from a mix of professional actors and real-life Sudanese refugees.  After the orphaned children leave Africa, however, the film becomes formulaic and wears its heart a little too prominently on its sleeve.

The characters in scriptwriter Margaret Nagle’s script are composites of actual ‘Lost Boys’ refugees who benefited from the US relocation programme; social workers and employment agents, many of whom Falardeau and Nagle interviewed to ensure authenticity.  One of the four child survivors in the film, Abital, is portrayed as a young adult by Kouth Wiel who was born in a refugee camp very much like the one in the film. Two others, Ger Duay (who plays Jeremiah) and Emmanuel Jal (who plays Paul) were captured and turned into child soldiers like their older brother Theo in the film. The fourth, Arnold Oceng (who plays Mamere) is a Sudanese actor.

The only widely-known actor in the cast is Reese Witherspoon who plays Carrie, a particularly indifferent and even ignorant employment agent hired by the programme to help find the refugees jobs.  It’s quite obvious that her unenthusiastic attitude at the beginning is necessary to enable her character to evolve into a more caring and compassionate woman by the end. No surprises there.

The film deserves credit for including native dialect whenever possible and for its absorbing first half-hour in which four siblings survive a massacre in their village and walk 750 miles to a refugee camp in Kenya. The child actors are all convincing, and we are told, for one river-crossing scene they had to be taught to swim.

The 13 years the children spend in the refugee camp is sketched in to show us that Mamere is being trained as a doctor in the camp; a profession he struggles to pursue in the USA. It is once the children arrive in the USA – the three boys off to Kansas City and Abital, off to a family in Boston – which the film feels less like a drama than a dramatised social commentary told through an overly familiar fish-out-of-water story.

Nonetheless, the humour of the film, which is welcome after the scenes in Africa, is supplied by the difficulty both the Kansas City residents and the children experience in adjusting to one another.  Phones, beds, MacDonald’s and the like are all unknown to these children who grew up as farmers and cattle herders in the bush and then in tents in a refugee camp.  One false note is sounded when Jeremiah quits his supermarket job after being reprimanded for giving a woman day-old food that has being thrown away.

The African children are naturally surprised at the waste, but one wonders whether this newly-arrived refugee would give up or risk losing a hard-to-come-by job on a matter of principle at this stage.

The title refers to the sacrifices people make in times of hardship when it is most difficult to do so.   We are programmed to put ourselves first in the ‘survival of the fittest’ dogma, but the film indicates there is another way.  The characters learn that there is such a thing as a good lie.  Mamere has lived with the guilt that he owes his life to his older brother Theo’s (Okwar Jale) courageous act of sacrifice during the flight to Kenya.

Telling Theo (played as an adult by Femi Oguns), a lie turns out to be the only way to repay his sacrifice but it is a good lie, sanctioned by their Christian faith.