Home / LIFESTYLE / REVIEWS > / THEATRE REVIEWS / Win a million, lose a million… so what, who cares? 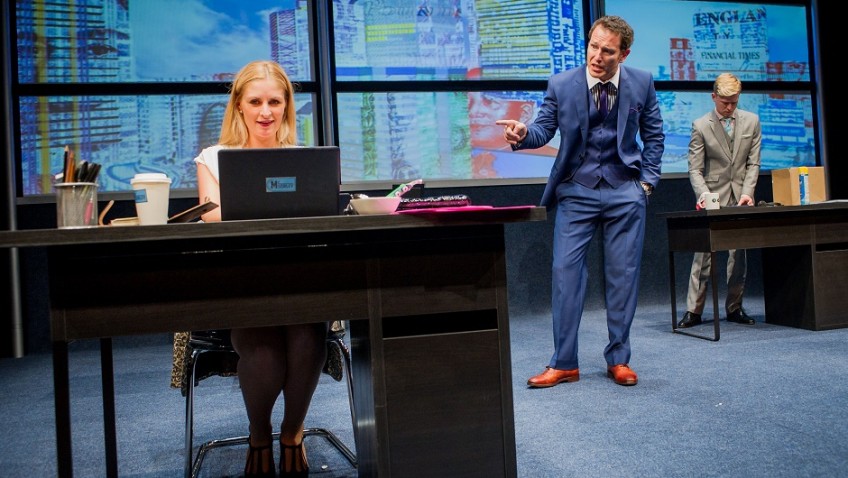 Win a million, lose a million… so what, who cares?

If you are used to getting sapphires as a Christmas present, it stands to reason you are not going to be satisfied with bedroom slippers.

Steve Thompson took his inspiration for his play from the stories a city bond trader told him. Originally seen in 2009, it now feels even more déjà vu.

Three greedy traders (Nick Moran, Michael McKell and Melanie Gutteridge), addicts to big money, are joined by a fresher (Timothy George), just down from the university, who quickly learns to be as amoral, and as unpleasant, as they are.

It’s impossible to care for any of these arrogant back-stabbers.

The handbill promises a witty and uncompromising play where power, lust and ambition run amuck.

But Roaring Trade does not roar. It lacks the bigger picture of Lucy Prebble’s Enron. The adrenalin does not soar and the final scene ends in a whimper, totally false and completely out of character.

A programme note in which Thompson describes what actually goes on in the Square Mile is far more dramatic than anything in his play.