Home / HEALTH / Who is most likely to feel lonely? 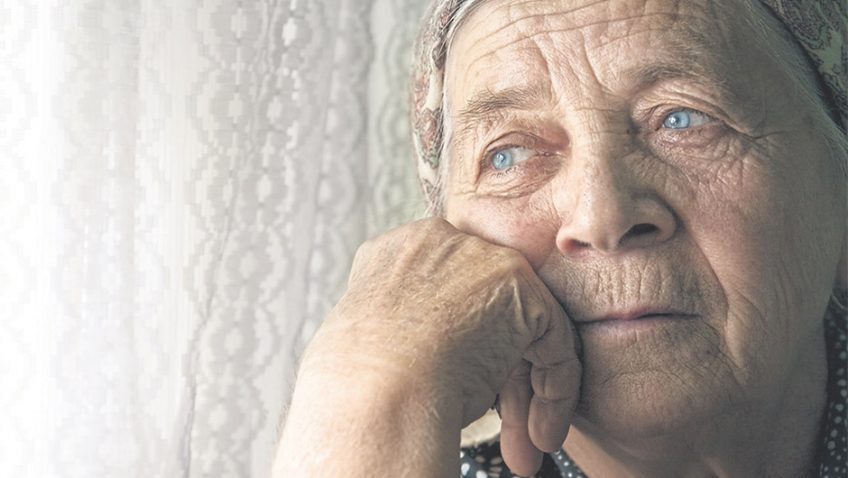 Who is most likely to feel lonely?

A new report from the Office for National Statistics (ONS) published in April, has sought to get to the bottom of who is most likely to feel lonely most often.

The report, titled, ‘Loneliness: what characteristics and circumstances are associated with feeling lonely?’ is based on the question: ‘How often do you feel lonely?’ and examines the frequency of loneliness rather than the degree to which people feel lonely. The report forms part of the government response to the Jo Cox Commission on Loneliness and attempts to provide national measures of loneliness.

The report found that three sets of characteristics are associated with a greater risk of feeling lonely more often.

Older widowed homeowners who live alone and have long-term health conditions were likely to report feeling lonely often. According to the report, the people in this group tended to be: ‘widowed; in worse general health; living alone; homeowners; aged 65 years or older and have a long-term physical or mental health condition.’

At even greater risk of feeling lonely more often were unmarried middle-agers, also with long-term health conditions. People in this group were characterised as: ‘single (never married), separated, or divorced; living alone but more likely to be renting than owning their own home; reporting a long-term physical or mental health condition; unlikely to describe their general health as “very good” or “good” (and so have “very bad” to “fair” health) and aged 35 to 64 years.’

One younger group were recognised as experiencing loneliness more often. Respondents in this group were characterised as: ‘single, separated, or divorced; living with others; renting; in “good” or “very good” health without any long-term health conditions or disabilities and aged 16 to 34 years.’

While many of the characteristics may be more likely to be seen in older people, interestingly, overall, the report found that younger adults aged 16 to 24 years reported feeling lonely more often than those in older age groups. Indeed, those aged 75 or over are 63 times less likely to report loneliness than those aged 16 to 24.

Not just the elderly

The ONS analysis emphasises that people can experience loneliness at any age, though there are different circumstances and characteristics associated with loneliness at different ages.

It makes the point that: ‘It’s possible that people become more resilient to loneliness as they get older, possibly through the experience of significant life events and life transitions.’

‘It’s clear from this new analysis that loneliness can affect anyone, no matter how old they are, and it is important to note that loneliness is not a natural part of growing older. But there are certain people who are more at risk, including widowed older people who live alone and in poor health.

‘Chronic loneliness is not only horrible to experience day in, day out, it can also have a devastating impact on an older person’s mental and physical health. That’s why we are committed to help tackle the loneliness that is blighting far too many later lives.

‘The government’s recent appointment of a Minister to tackle loneliness who will develop a cross-cutting strategy on loneliness is an important step towards tackling this heart-breaking and widespread condition.

‘But these new figures, showing that those who feel a weaker connection to their neighbourhood feel lonely more often, show us that we can all play a role in helping those around us. Having a friendly chat with an older person on the bus or in a shop, or offering to help an older neighbour with their shopping if the weather is bad, can do more good than most of us would ever guess.’

If you are experiencing loneliness, it can help to talk to a friend or relative, either in person or on the phone. Or you can call The Silver Line, a helpline for older people set up by Esther Rantzen, on 0800 470 80 90.

Community Network brings people together on the phone each week. To join or start a telephone group, call 020 7923 5250.