Home / NEWS / CAMPAIGNS / The power of a simple human connection 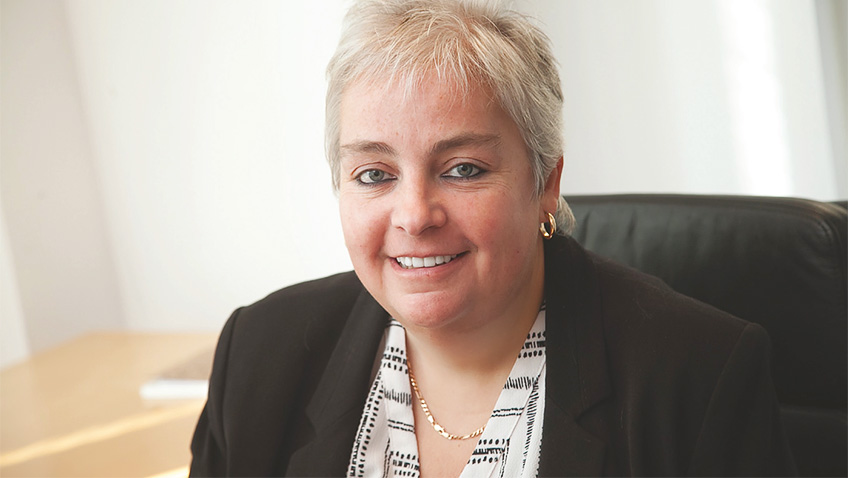 The power of a simple human connection

On 25th November The Silver Line celebrates its fifth birthday. In just five years, this confidential, 24-hour helpline for vulnerable and isolated older people, open every single day and night of the year, has received more than two million calls from all over the UK.

Behind this essential organisation, which offers a lifeline to so many older people, is a CEO with a powerful personal story and an abiding commitment to giving something back.

Over 30 years ago, a young girl took refuge in a London phone box, picked up the receiver and called Samaritans. Bleeding, shaking, crying and alone, for that 14 year old girl, the voice at the other end of the phone line was her only hope and her only comfort. That young girl was Sophie Andrews.

As a child, Sophie suffered years of harrowing abuse at the hands of her father and his friends, and as a result was suicidal and regularly self-harming. During her horrific teenage years, Samaritans were a lifeline for Sophie and played a huge part in helping her to navigate her painful journey of recovery and become a survivor of abuse, rather than a victim.

Sophie believes, and is human proof, that the simple act of listening, that humble human connection, can have a profound impact on people’s lives. As a young adult, Sophie herself became a volunteer for Samaritans and over 25 years of dedicated service, rose up the ranks to become National Chair (2008-11). She then went on to run volunteering services at the NSPCC, and in 2012 was approached by Dame Esther Rantzen to set up The Silver Line.

As the charity’s CEO, Sophie continues to strive to give something back. In her 2017 TEDMED Talk, Sophie explained that in the 1980s, the issue of child abuse was stigmatised; no one wanted to talk about it. She believes that today, there is, ‘a different stigma’ and that, ‘the stigma that’s there today is to talk about loneliness.’

According to the Jo Cox Commission (JCC), 57% of older people who identify themselves as lonely, admit to never having spoken about it, with around three quarters saying close friends and family would be surprised or astonished to hear they feel lonely. 82% agreed it was easier to talk about loneliness using anonymous confidential services, like The Silver Line.

The Silver Line is working hard to break the stigma of loneliness and bring this cause to the public’s consciousness, but as they approach their fifth birthday, are still receiving record numbers of calls and desperately need funding to continue their vital work.

If you would like to support The Silver Line, and in turn help millions more older people who need to know there’s someone listening at the end of the phone line, text SILVER to 70660 to donate £10. This would fund support for two calls from lonely older people. Alternatively you can visit:
www.thesilverline.org.uk/donate

Sophie Andrews’ moving story is truly inspirational and goes beyond the adequacy of words, but her prevailing message is clear: ‘Never ever underestimate the power of a simple human connection, because it can be, and so often is, the power to save a life.’

For more information about The Silver Line or to access their support call: 0800 4 70 80 90 or visit: www.thesilverline.org.uk

You can watch Sophie Andrews’ talk below: