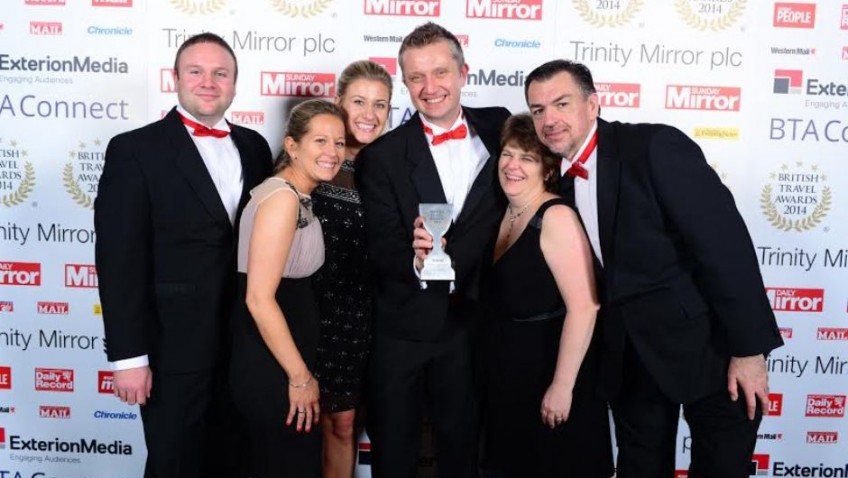 One Traveller has been named as the best small singles holiday company by the British Travel Awards 2014.

The business, run by Ian Darkin with the help of his wife Emma, both of their parents and a small experienced team, is the only dedicated service in the UK which offers escorted tours for single travellers over the age of 50.

One Traveller was announced as the winner of the prestigious award at a ceremony at the Battersea Evolution in Battersea Park, London.

Ian Darkin, director of One Traveller, says: Thank you very much to all our guests that have voted for us. This award means a lot to both the team here in the office as well as our Tour Managers who are out escorting our holidays.

“It really is a recognition of all the work that we put into the holidays to make sure they are a success and will serve as reassurance to anyone thinking about travelling alone that there really is a company out there that cares for the needs of mature single travellers.”

Having escorted singles holidays all over the world, Ian spotted this need for better provision for mature solo travellers, so created his own specialist business in 2007.

There are 25 destinations in the current brochure, from Europe to Thailand, Sri Lanka, China and the United States, and last year all of them sold out.

The British Travel Awards is the largest awards programme in the UK created to reward the best companies in travel.  The awards are voted for by members of the public.

“The BTAs winning accolade is the benchmark for excellence when it comes to finding out who really is the best in the business of travel for the UK consumer.

“There were more companies in the competition than ever before, with over one million votes cast. The winners are the companies with the most votes. The British Travel Awards are the only travel industry accolade voted for exclusively by the travelling public.”