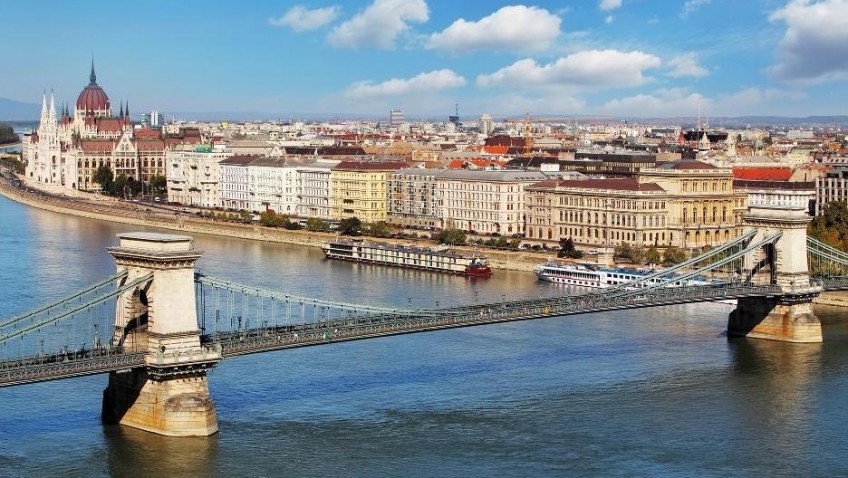 Travelling solo – it’s not that daunting!

Are you a mature single person who wants to get out and explore but haven’t yet found a way of doing so? Do you want to see the world, but are fed up with being quoted expensive prices for a single room? Do you have a partner that cannot or will not travel? Or do you just want to travel with like-minded people?

There are many single people out there who want to travel and see the world but are quite understandably daunted by the prospect. The majority of people would rather not travel alone – where’s the fun in that anyway?

Being alone in a foreign country where you may not speak the language can also be a scary thought. But just because you are single or live alone doesn’t mean that you can’t travel – the solution could quite probably lie in a singles holiday!

But you don’t know the people you will be travelling with you might say, you might not have the confidence to travel with a group of strangers, or you might be daunted by the sheer thought of it all.

Recognising that these are all objections heard from single people all the time about travelling I decided to give it a try for myself and see exactly what the experience involved.

The most important part of single travel is safety, security, certainty with help and support when needed – but the overriding desire is to ensure that you see as much of the place you are visiting and have an enjoyable and relaxing time – after all you are supposed to be on holiday! This is where the services of an established specialist tour operator come in and are invaluable – and so earlier this year I travelled to the beautiful city of Budapest with the established singles holiday operator, One Traveller, who specialise in holidays for the mature single traveller.

The company’s ethos is simple – and that is to provide their clients with the best holiday experience possible at a competitive price, while ensuring that they are looked after and escorted all the way from pre-departure to return to the UK.

Tour groups are limited in size – normally no more than 30 guests – and travel in your destination country is by coach, meaning there is plenty of space in which to travel.

A particularly important part of the whole holiday is the pre-holiday get together offered on most departures and hosted by an experienced company representative or the actual Tour Manager who then travels with you. This will be hosted in a hotel close to your departure airport the previous evening and will include a welcome drink and meal with some, if not all of your fellow travellers.

It’s a great way to break the ice which allows you to mingle, meet each other and start to build the friendships that are such an important part of the experience of travelling solo. It also means you are relaxed prior to your departure and your One Traveller representative actually goes to the airport and checks you in. All you have to do the next morning is check in your luggage, go through passport control and wait for your flight to depart.

You will then travel to your destination along with your Tour Manager – unlike other companies, the same person remains with you throughout the duration of your holiday – in fact they always stay in the same hotel as you.

Their job is to guide you on your holiday, to show you the sights, to introduce you to the local customs of the country you are visiting and more importantly to be there if there is anything at all that you might need. They all speak the native language and most of them are English and can help you overcome any language barriers; they could even help you learn some of the language!

And so to Budapest!

Budapest is one of the jewels in the One Traveller crown and is a great starter choice for those wanting to experience a singles holiday. The city is relatively small and easy to get around, most people speak English as well as Hungarian and so language is not as much of a barrier as it could be in some other destinations. Flight time from Heathrow is around two and a half hours so it’s easy to get to and the transfer to your hotel is relatively short once you get there.

Budapest has a long and fascinating history that is evident wherever you go. Guided tours take you round the magnificent Parliament buildings where the Crown Jewels are still held and the Hungarian Parliament still sits. You also get to see the imposing Castle District on the Buda side of the water with its imposing views across the city as well as up and down the iconic Danube.

The chain bridge, to many a symbol of the city, is a sight to see when it’s lit up at night – in fact the whole city at night is just captivating. But the city’s history is also always on show, and some of it tells quite a chilling tale.

The Holocaust Memorial is a poignant and moving reminder of the 600,000 Jews killed by the Germans during the Second World War and I was particularly moved by the ‘Shoes on the Danube’ memorial. This is a memorial that consists of 60 pairs of rusted shoes, men’s women’s and children’s all facing the water. The memorial is on the spot where citizens were shot in cold blood by the ruling Arrow Cross Party between 1944 and 1945 and their bodies left to fall into the Danube to be washed away – this memorial can be found not far from the Parliament building itself.

Two of the highlights of the holiday involve water. The first of which is a trip to Lake Baloton which is the largest freshwater lake in Central Europe having just under 20km of shoreline.

A trip across the lake by ferry is included as is lunch in a splendid hotel close to the waterside followed by wine tasting in the afternoon.

But by far the highlight of the holiday and the memory that will live the longest is the final evening where a private boat tour and dinner is taken cruising along the Danube itself. As I’ve said previously, the city really does come alive at night and to see all the magnificent buildings lit up really is a special sight!

For the single traveller this really is a great way to holiday. You are with like-minded people, looked after all the way, and you travel in comfort. Your itineraries are well thought out and you’re escorted all the way.

Indeed, the customer care that the company provide all the way from the date of booking through to your return to the UK, the attention to detail they have and the care and attention that you receive while you are travelling, are all part of the reasons why the company have recently been announced at the winner of ‘The best singles holiday company’ in the 2015 British Travel Awards and what’s more it’s the second year running that they’ve won the award!