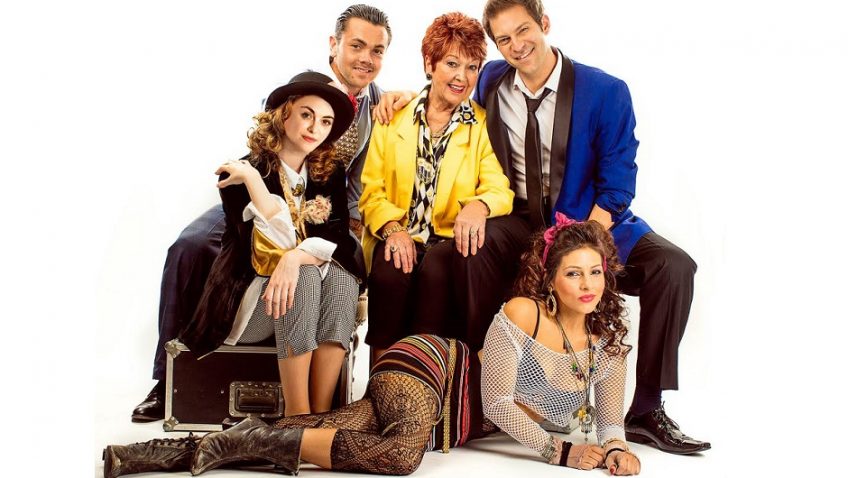 Based on the 1998 film of the same name, The Wedding Singer takes us back to the 1980s and tells the story of Robbie Hart – the singer that makes other people’s big days special while nursing his own broken heart.  Predictably, his heartbreak doesn’t last long, and despite the inevitable hurdles along the way, his story ends happily in true romantic comedy style.

From the opening number, the production bursts onto the stage with a huge amount of energy poured into some slickly choreographed dance routines. Jon Robyns delivers an excellent performance as Robbie Hart with good vocals and enough likeability to gain the audience’s sympathy from the outset.

His co-stars are more than a match for him, with Cassie Compton’s sweetly portrayed Julia and Roxanne Pallett’s  trashy-but- affectionate Holly working well alongside each other as best friends.

There was a real sense of friendship and camaraderie between the band members too, with Samuel Holmes delivering a particularly good performance as George.

There are some genuinely funny lines in this show, and Ruth Madoc as Robbie’s grandmother has plenty of them  – and an impressive vocal performance to do full justice to the original score – a score that amply captures the essence of 80s pop music.

The audience on the opening night absolutely loved this show – and if you like musicals that are bold, brash and fast-paced (just like the 80s really!) then you will too.

The Wedding Singer is at the Bristol Hippodrome until Saturday 18th March. Click here to book.