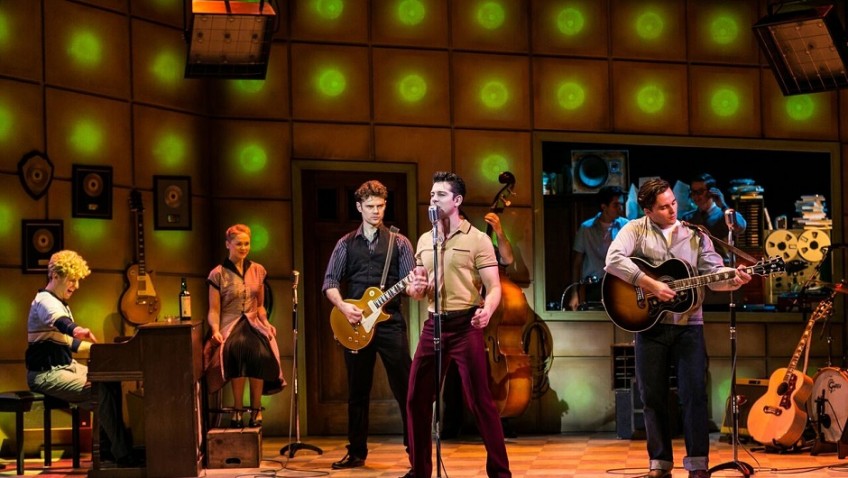 Elvis Presley, Carl Perkins, Johnny Cash & Jerry Lee Lewis four of the most iconic names in Rock and Roll history, and four artists who came together for a now legendary session at Sun Studios in Memphis, Tennessee way back in December 1956.

Arguably four artists, and the record label manager, Sam Phillips, that changed the whole course of music – who can’t have been affected by their music, by their legendry status, by their success and also by the tragedy and misfortune that followed them throughout their careers. These were the great pioneers of Rock ‘N’ Roll music and their legacy loom large even now. 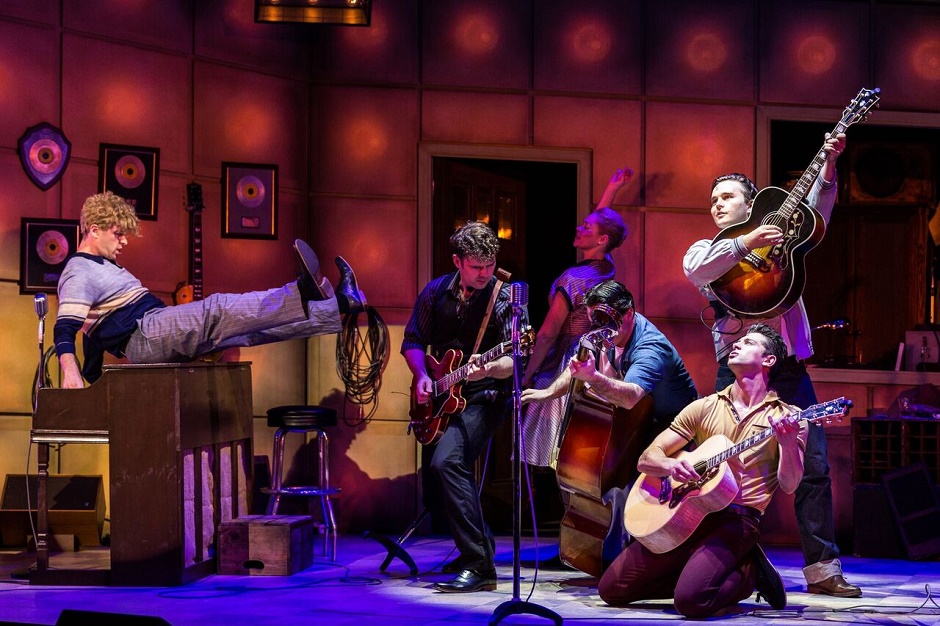 So, what better way to go back in time than to re-live that famous session than to watch the musical, Million Dollar Quartet currently playing at Bristol Hippodrome and on tour across the UK into June next year.

It’s a light-hearted recreation of that famous night – when Jerry Lee was just an unknown session musician, Elvis Presley was the returning superstar having recently had his recording contract sold by Sun Records owner Sam Phillips to RCA, Carl Perkins was battling with his own demons after an horrific car crash, and Johnny Cash was all over the pop charts with songs such as ‘Fulsome Prison Blues’, and ‘I Walk The Line.’

The artists are all in thrall to the label owner, Sam Phillips who is played by Jason Donnovan, after all it is he who is responsible for the success they have had. The impish Jerry Lee (played by Martin Kaye) is always trying to push himself forward, much to the annoyance of Perkins (Matthew Wycliffe) and it is he who provides many of the laughs in the production whilst Presley (Ross William Wild) appears to be a little star struck from his newfound fame. Meanwhile, Cash (Robbie Durham) who appears self-assured but a little dour seems to take it all in his stride. 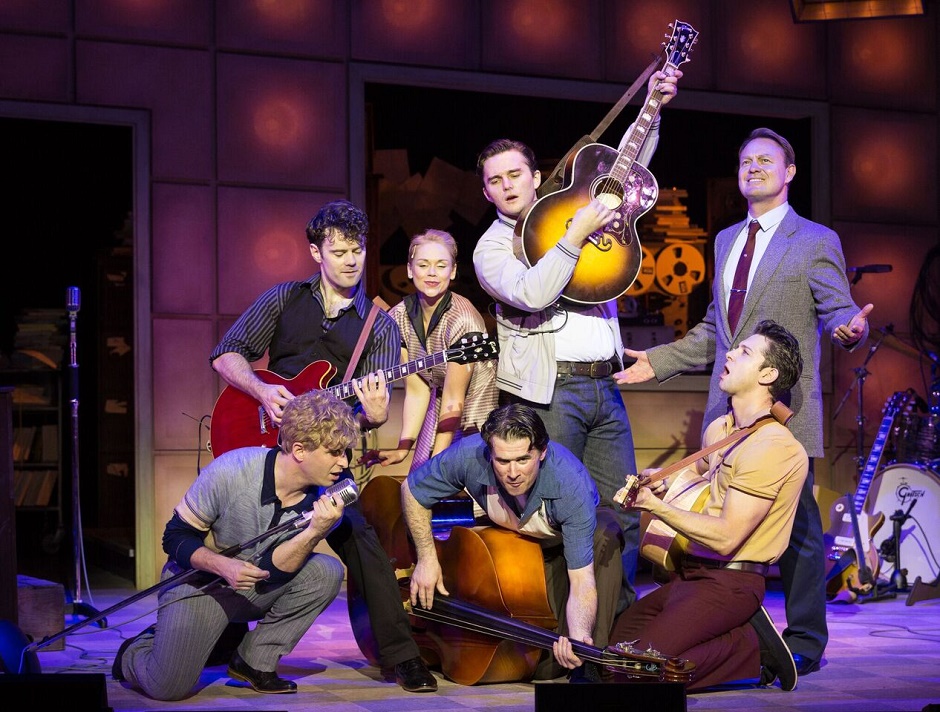 What really makes the show is not the interaction between the actors but the music – hit record after hit record after hit record – and I challenge you not to be tapping those toes. The cast do a great job and it’s a nostalgic troll though Rock ‘N’ Roll history – it’s a great way to lose yourself for a couple of hours and just reflect on what fantastic music these four great performers gave us. As a show, it’s perfectly targeted for Mature Times readers and if you love your rock and roll music you will have a good time!