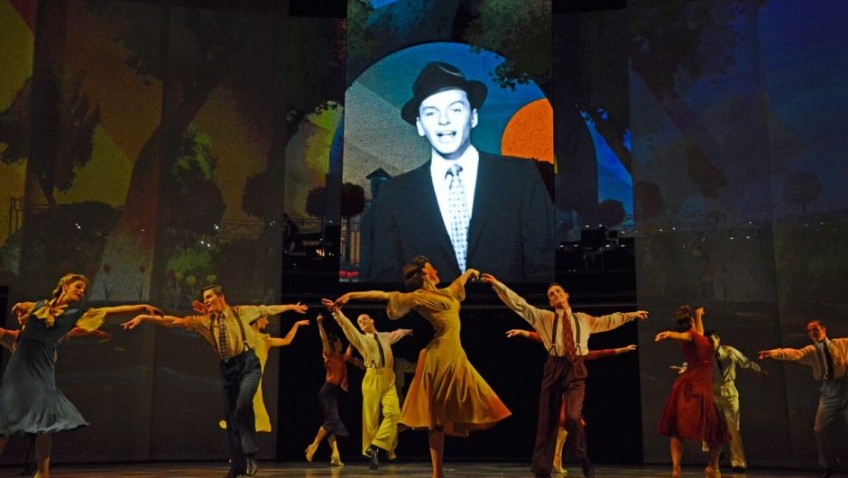 Robert Tanitch reviews Sinatra The Man & His Music at The London Palladium.

Frank Sinatra, one of the most popular singers in the 20th century, last performed live at the London Palladium in 1950. This is the second time he has returned to the same theatre – posthumously.

Sinatra, The Man and His Music, is very similar to the Sinatra show seen here in 2006.

Once again I wondered why I was in a theatre watching an inadequate and sanitised television documentary-come-tribute rather than a proper West End show. The biographical details are sparse.

David Gilmore’s production uses actual footage of Sinatra singing and includes such favourites as Pennies From Heaven, I’ll Never Smile Again, I Got You Under My Skin, I Got It Bad And That Ain’t Good, I Get A Kick Out Of You and My Way.

The footage is accompanied by a 24-piece orchestra on stage and 20 energetic dancers, who try very hard, with irrelevant choreography, to persuade the audience that they are watching a musical.

Easily the best and most dramatic clip is of Sinatra in a bar, in character in a film noir, sad and slightly tipsy, singing and acting One For My Baby (and one more for the road) to a bartender; and this particular clip you can see at home on YouTube.