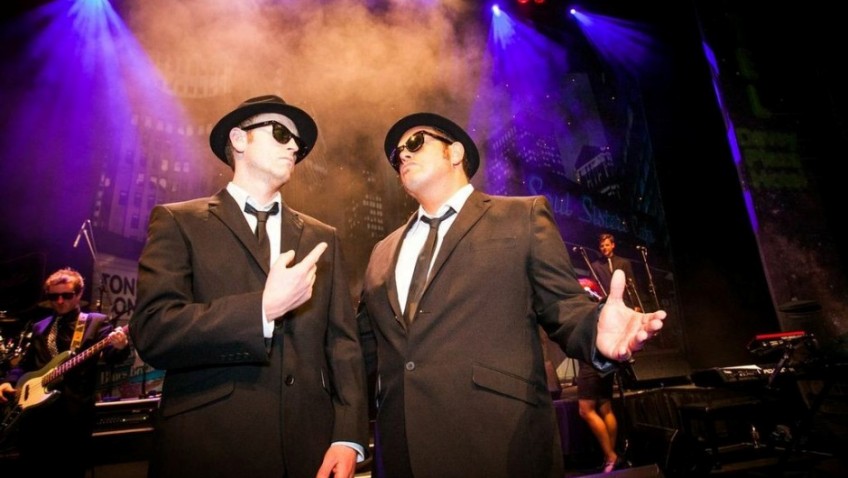 Jesus H. tap-dancing Christ… I HAVE SEEN THE LIGHT!

My mum is 66. She comes from a time and a background where you don’t make a fuss in public.  You don’t complain in restaurants. You queue patiently. You still believe in your heart that policemen are there to help you cross the road and doctors all care for your health without a thought for the cost of treatment. And in theatres you sit quietly, clap when appropriate and remember with a measure of nostalgia a time when performances ended with the National Anthem – for which people stood up.

Now picture this: its Sunday night at the Hippodrome Theatre in Bristol and my mum is on her feet dancing and singing. I can hardly believe what I’m seeing. She is rocking and I don’t mean in her bath chair! What could have unlocked the hidden wild child?

Well, she was one of hundreds of people – not a soul in the theatre left seated – at the Chicago Blue Brothers show.  The music was fast, furious and familiar to young and old alike.  The dancing was enthusiastic and entertaining – with at least one of the Blues brothers not being slim yet showing us all how it’s done (I do hope he had reinforced the seams in his suit!).

And after the final encore, and the standing ovation the entire band received, my mum shimmied her way through the busy street of Bristol, put her Blues Brothers CD on in the car stereo on the way home and blasted it out at a volume which, in normal times, she would be saying to us “Do turn it down…”

The performers were talented – a show of not only Blues Brothers covers, but motown, soul and rock and roll covers too, by not only Jake and Elwood, but the Soul Sisters duo – who had beautiful (if a little limited) voices and a band of fantastic all round abilities supporting every song.

My only real quibble would be – do they really have to have quite so many guitar solos? Apparently the answer is yes and by the end, said guitarist – Jean Paul – was being goaded by the audience for more elaborate and extensive riffs, which he gladly provided.

A great show for everyone. If it comes back to Bristol again I know who will be first in the queue for tickets!