Home / LIFESTYLE / REVIEWS > / THEATRE REVIEWS / “Not all the water in the rough rude sea/Can wash the balm from the anointed King.” 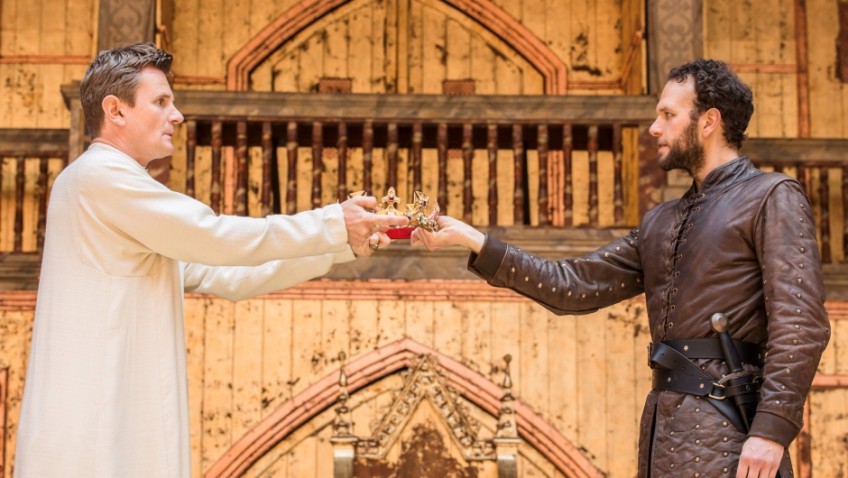 “Not all the water in the rough rude sea/Can wash the balm from the anointed King.”

King Richard II (1377-99), who was only 10 years old when he came to the throne, believed he was king by divine right. He loved all the pomp and circumstance of royalty.

At 14 he showed great courage when he confronted the rebels during the 1381 Peasants’ Revolt. It was his finest hour. When he came to manhood, he proved to be too narcissistic, too self-indulgent, too indecisive and too full of self-pity to be effective as a medieval king.

Richard died aged 33, deposed and murdered. He was starved to death. Shakespeare, whilst always aware of his faults, turned him into a tragic poet-king with some great arias.

Charles Edwards is a fine actor and I have much enjoyed his work in the past; but his performance here is superficial.

The play is short on laughs; but that has never stopped Shakespeare’s Globe’s audiences from laughing (in the wrong places).

Director Simon Godwin seizes two opportunities to play up to the groundlings. The first is when everybody on stage is engaged in a slanging match and throwing down his gage, a scene based on historical fact.

The second occasion is Shakespeare’s invention when the wife and son of the Duke of York try and stop him leaving the family home to go to the newly-crowned King Henry IV to expose his son’s treason. They take away his boots. The scene which follows when all three are on their knees before the king (David Sturzaker) is played for pantomime farce.

William Gaunt has the most memorable speech: the dying John of Gaunt’s panegyric to England and his tirade against Richard’s shameful conduct. Oliver Boot has the most arresting speech: the Bishop of Carlisle’s prophesy of the Civil War to come and the horrors it will bring.

There is also an affecting tiny scene when a young groom (Angus Imrie) comes to prison to tell Richard how his horse, Barbary, behaved when King Henry IV rode him through the streets of London on his coronation day