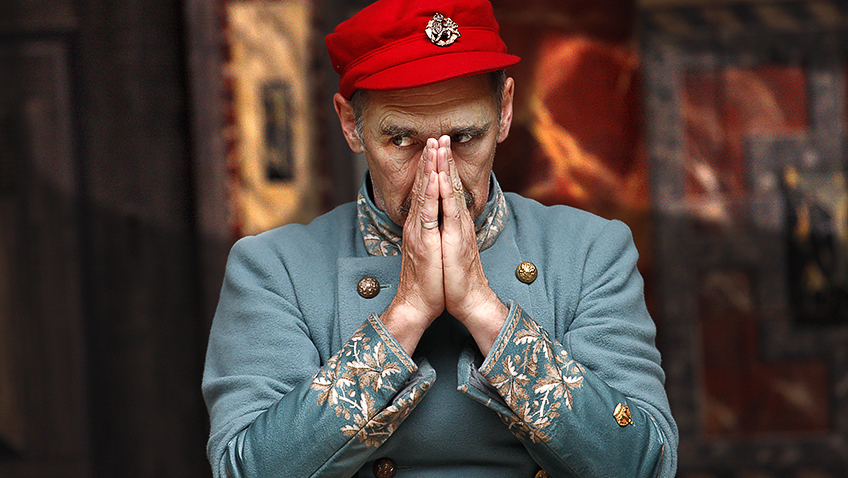 Mark Rylance, the first artistic director of Shakespeare’s Globe, is back at the Globe playing Iago. His Othello is André Holland, the American actor you may have seen in the film, Moonlight.

André Holland, who looks too young to be talking about his having “declined into the vale of years”, is only the third American black actor to play Othello in London.

The Victorian critics in 1865 were outraged that Ira Aldridge should paw Ellen Terry who was playing Desdemona. They thought Aldridge was more fitted to be a footman or a street-sweeper than an actor. 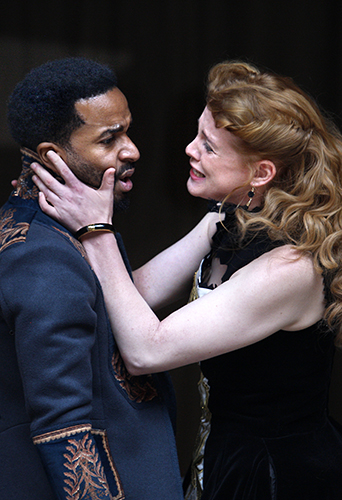 In 1930 The Times refused to review Paul Robeson and some critics opined that Shakespeare’s Moor was not written for a coloured actor of any kind.

The interracial marriage of Othello and Desdemona would have shocked Renaissance Venice and the only reason the senate brush aside the outrage of her dad, a major senator, is that Venice needs Othello’s military skills.

Othello is one of the great crimes passionnels.

Interestingly, Laurence Olivier, who scored one of his greatest successes playing Othello, didn’t initially want to play him, feeling the actor who played Iago would steal all the notices.

Iago usually does. It is he who drives the action. He is even more jealous than Othello. His military career has stalled and he thinks everybody is sleeping with his wife.

The moment Iago comes on the Globe audience instantly knows he is the villain and they roar with laughter at anybody (and that seems to be everybody on stage) who thinks he is honest. They behave as if they were watching a cheap melodrama.

Claire van Kampen’s heavily cut production is poorly directed and poorly costumed. The costumes Holland wears fail to give him the authority Othello requires. Rylance’s costume makes Iago looks like he is in The Grand Budapest Hotel.

An innovation is the inclusion of two dancers to do a bit of ballet. The high spot, as so often at Shakespeare’s Globe, is the rousing dancing curtain call which gets the performance a standing ovation.