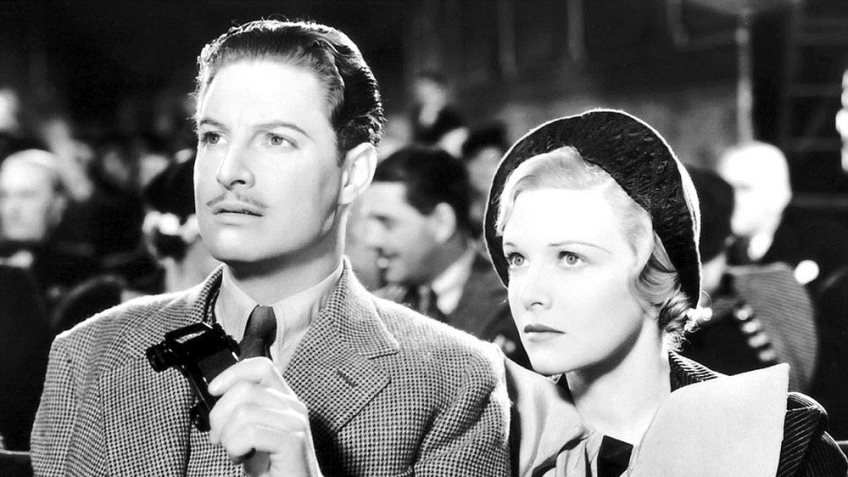 THE 39 STEPS (BBC iPlayer). I haven’t seen 39 Steps in years. Premiered in 1935, it holds up really well. It’s is one of Alfred Hitchcock’s best thrillers, a perfect period spy story, fast-paced, suspenseful, comic, romantic and sexy. The innocent hero (Robert Donat) and the heroine (Madeleine Carroll), on the run, end up, wet-through, in a remote inn in Scotland, sharing a double-bed, whilst still being handcuffed to each other – very daring in the 1930s, especially when she takes off her stockings to dry.

MADCHEN IN UNIFORM (BFI). 1931 German classic. A boarding school for the daughters of poor Prussian officers is run with rigid authoritarian discipline and hunger. Emila Unda is the formidable headmistress. Dorothea Wieck is the young teacher for whom all the homesick, hungry girls have a crush. Leontine Saga directs an all-female cast. The subject matter is tackled sympathetically. The Nazis banned the film.

THE STYLIST (Arrow) Hair-raising horror film directed by Jill Sixx Gevargizas. Serial-killer hair stylist (Najarro Townsend), angry, frustrated, cuts hair by day and cuts scalps by night. It’s an obsession. A bride asks her to style her hair on her wedding day. The groom (not the cinemagoer) is in for a big surprise when the bride walks down the aisle and he lifts her veil. Hairy is the word that comes to mind.

THE COLUMNIST (Vertigo). Ivo van Aart’s Dutch comedy horror film is a satire on social media and the freedom of speech which some people are not going to find funny. A journalist (Katja Herbers) fed up with all the nasty messages and accusations she is getting on Twitter and Facebook decides to find and murder the cyber bullies one by one. Manic. A simpler solution, of course, would be for her not to read the messages.