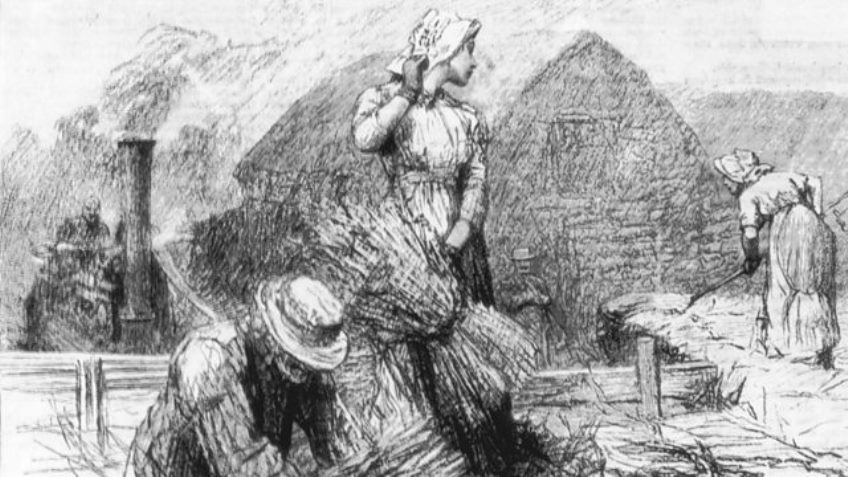 THE HAND OF ETHELBERTA RADIO 4 DRAMA

The Hand of Ethelberta is not one of Thomas Hardy’s most well known or most loved novels and it’s certainly vastly different both in style and character from popular works like Tess of the D’Urbervilles, The Mayor of Casterbridge, Far From the Madding Crowd and The Return of the Native. Setting out to show he was a versatile writer, Hardy this time avoids telling another tale revolving around a rural Wessex world of farmers, milkmaids and tragic, struggling young women, ill used by cruel Fate yet unable to do anything about it. Instead, we quickly leave Wessex to enter an upstairs/downstairs world of Victorian London and the literary set, with even an excursion off to France.

Hardy’s most popular heroines endear countless readers far and wide, but it’s also true they disappoint and aggravate others for failing to stand up for themselves and kick harder against unjust Victorian values and cruel turns of fate. Might some, then, prefer Ethelberta? Berta is another beautiful, clever young woman of humble Wessex birth but she is a woman who steers her own destiny all the way: rather than being a passive victim of fate, circumstance and the whims of men, Berta is a resourceful go-getter, a manipulator and opportunist in a male-dominated world. This scenario may reflect less the reality around him, but Hardy’s set-up here does offer, perhaps, a more blatant critique of the Victorian class system than other works do.

Instead of a tale that makes its inevitable way towards hangings and tragic ends, this is a “Comedy in Chapters”, originally written as a magazine serial in 1875 (a year or so after Far From the Madding Crowd), for which Hardy drew on popular romances and illustrated weeklies of the day. The mood is far lighter and pacier, and the scenario a lot less probable. It’s more Hardy-ha than doom-laden.

Few critics liked the book, considering it badly constructed, haphazard, even muddled, and lacking in direction, pace and gripping characters. As part of the Hardy’s Women season, Katherine Jakeways’ one-episode radio adaptation of The Hand of Ethelberta is billed as a “social farce”, and in it she grabs up all the ingredients in a headlong, racy, pacy tale, assisted by jaunty music from the likes of guitar, harp and piano, plus an odd snatch of La Mer.

As Berta moves on from humble Wessex origins to become a wealthy wife, instantly widowed when her husband dies of a chill, later practically penniless when her mother-in-law dies, she becomes, too, an infamous poetess with a motley swarm of strange suitors. So who will she choose? And all the while, in this satirical comment on society, there’s a big, big secret that has to be kept – all Berta’s maids and servants are her own family members! Ssshhh!

Berta’s maid, Picatee, is the chatty narrator of the story, soon revealed to us to be her sister as well. In full-on, fast-paced, frequently flippant or sarcastic bursts of dialogue and semi-humorous asides, Picatee, Berta, mother-in-law, rival suitors, dad and siblings all interact as they react to swings of events, to secrets kept and to revelations made. This may not have you rolling in the aisles but it may just set your head spinning. It’s all, perhaps, rather superficial and silly, but here, for a change at least, is a resourceful, dominant Hardy heroine who never needs rescuing, who holds the reins of all the men she takes on, and who successfully rescues her family and herself from a life of poverty. Case solved!

The Hand of Ethelberta is available on BBC Sounds.